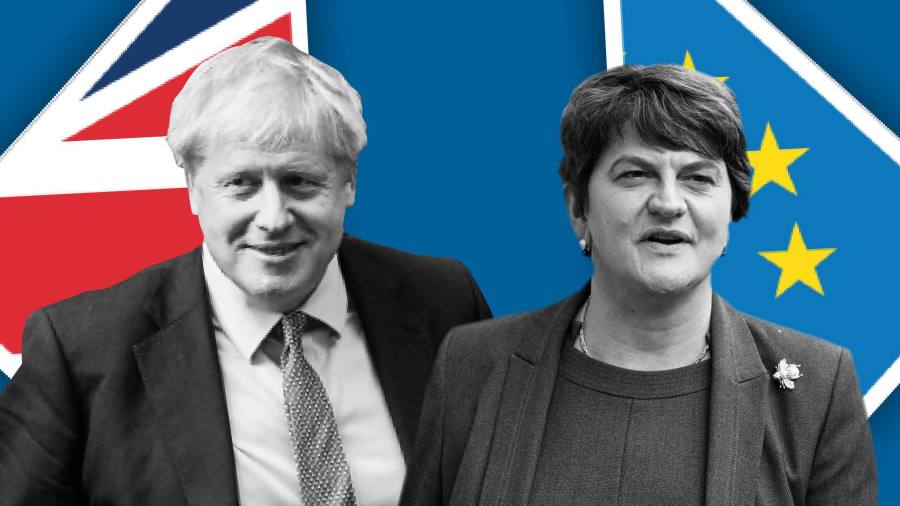 Boris Johnson finally has a Brexit withdrawal deal. The legal text has just landed, so any first judgments are contingent upon more rigorous examination of the detail. But here are a few preliminary thoughts.

• The prime minister still has to get this deal through the House of Commons, and the votes are not guaranteed. The Democratic Unionist party has said the doubts it had overnight have not yet been eased. If Mr Johnson is trying to bounce the DUP, he is taking a big risk. The party is known for its intransigence. But DUP opposition goes beyond its 10 votes, since the objections of this handful of MPs may pull some Tory hardliners into voting against the deal. However, there is a desire within the Conservative party to unify around a deal, so Mr Johnson will hope any rebellion stays small scale. He will have to rely on the moderate Tories he expelled from the party and up to 20 Labour MPs ready to back a deal. That is quite a risk. Official Labour opposition to this deal may well whittle that number down. A more realistic number of pro-deal Labour rebels may be closer to single figures.

• Remain-minded MPs will still try to attach a referendum to the deal. Some of the expelled Tories may also now support such a move. This may be voted on at the special sitting of the Commons on Saturday, or later, in the committee stages of the legislation required by the deal. Some pro-referendum MPs worry that attaching a second vote to the deal on Saturday would persuade Tory hardliners to vote the whole plan down.

• If it passes, the new agreement will represent a significant political success for Mr Johnson, who always maintained the EU would move once things went down to the wire. The EU had said it would not reopen the withdrawal agreement or reimagine the Irish backstop. Mr Johnson forced them to do so and has secured changes. He has replaced the UK-wide backstop, so hated by Conservative MPs because it had no unilateral escape mechanism, with one specific to Northern Ireland only. Great Britain (the UK minus Northern Ireland) will be free to strike trade deals.

• However, in effect Mr Johnson has largely swapped Theresa May’s UK-wide backstop, which was part of the withdrawal agreement she failed to get through the Commons three times, for a Northern Ireland-only backstop. The EU originally offered this solution two years ago. The EU has not abandoned any of its major red lines. That said, there are some important changes. The prime minister has secured a democratic escape mechanism from the backstop for Northern Ireland — a withdrawal of consent by the devolved Northern Ireland Assembly at Stormont — but its nature makes it hard to envisage it ever being used. So this arrangement is not designed to be temporary; this is a settled status for Northern Ireland. The price is a customs border in the Irish Sea, something many unionists were determined to avoid. It is hard not to conclude that Mr Johnson has cut the DUP adrift.

• While unionists may not like the deal, it represents a pretty advantageous outcome for the people of Northern Ireland, who will enjoy the benefits of effectively being in both the EU and UK customs unions and of avoiding a hard border with the Irish Republic.

• Mr Johnson has also accepted language in the political declaration, the non-binding preliminary text, on maintaining a “level playing field” for standards and regulations in future competition. This will not please Brexit hardliners, with their vision of the UK competing with the EU by offering lower taxes and lighter regulation. But this commitment appears to have moved from the withdrawal agreement to the non-binding political declaration so Brexiters may feel they have enough wriggle room to trust the prime minister. The presence of the wording in the declaration could help to reassure a few of the Labour rebels, too.

• Mr Johnson is likely to press the EU to rule out a further extension by October 31 as a way to force MPs into backing his deal. That would be quite a step for the EU to take.

• The expected special sitting on Saturday for MPs to approve this withdrawal agreement will now be a huge moment for Mr Johnson. If he succeeds in securing his deal it will be a significant victory and will vindicate those Tory moderates who backed him on the grounds that he would break the deadlock. It may still be a stretch to reach the October 31 deadline — there is still legislation to secure — but if the deal is approved, then exit on that date looks more likely than not.

• Britain will be set on course, however, for a hard Brexit with an awful lot of its future still up for negotiation. The clock will start ticking again to a new deadline on securing a trade deal. Mr Johnson will claim to have met his pledge to “get Brexit done”. In fact, Brexit will only just be getting started.