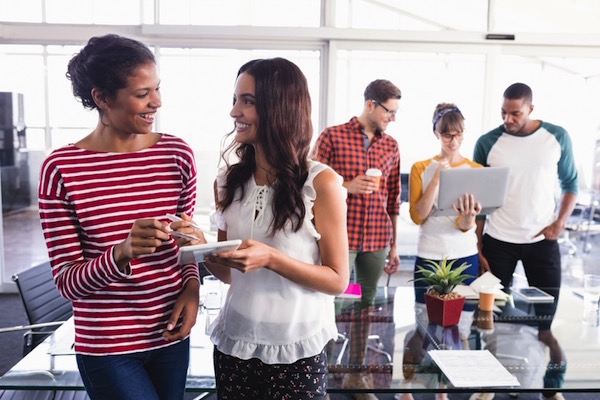 If you don’t already have a business network, today is a great day to get started. Networks take time to grow and start producing results, so don’t expect instant gratification — but a few months or years from now, you’ll be really glad you put in the time and energy now to start building your network.

Networking is all about identifying people who may be useful in some way and creating reciprocal relationships with those people. While networking events such as Chamber of Commerce mixers and trade shows aren’t as popular as they once were, they’re still a highly useful tool for building and expanding on your network. Getting started is the toughest part of networking because you’ll have to put in a fair amount of time and effort but you won’t get results right away. As you build a good reputation for being a valuable network contact, growing and maintaining your network will become much easier.

Many networkers consider social media to be the backbone of their business networks; it makes connecting with people all over the world not only possible but also painless. However, you’ll need to plan your social media activities wisely to avoid frittering away your precious time.

Just about every professional can gain enormous benefits from networking, but for salespeople these benefits are even greater. A strong business network can help you get more referrals; gain entrée to challenging prospects, such as Fortune 500 companies; find your dream job; acquire a mentor; and much more.

A lot of the skills you need to build and maintain a network are the same skills you already use to excel as a salesperson. So on top of networking’s innate benefits, it’s also a great opportunity to polish your sales skills.

Business networking isn’t really complicated, but it does have some rules that a wise networker will follow. If you break these rules, you will lose a lot of your network contacts and could even damage your reputation with other potential contacts.

Give Before You Receive.

If you begin your relationship with a new contact by asking for favors, you’ll unquestionably give her the wrong impression. Networking is all about developing relationships. Consider what the effect on a friendship would be if you were continuously asking for favors without doing any in return.

Regretfully, a lot of networkers take exactly that approach. Therefore, it’s vital to make it very clear that you aren’t one of those people. The ideal way to do so is to provide at least a couple of favors for someone before you ask for something in return. They don’t have to be big favors; it can be something as simple as giving the person a lead or forwarding an article on a topic that you know is relevant to him.

Have Fun With It.

A lot of professionals view business networking as a necessary evil, in much the same way that salespeople speak of cold calling. But if you approach people as though it’s a chore, they aren’t likely to be happy to hear from you. Instead, find a way to make your networking fun. You could turn it into a game, have a contest with others in your sales team to see who can pull off certain networking tasks, or integrate networking with doing something you’ve always wanted to do, like attending a networking event in a city you’ve always wanted to visit.

Volunteering is a wonderful way to network and do some good at the same time. You can volunteer for nonprofit organizations, churches, community outreach programs, or any other social program that seems particularly relevant to you. Volunteer positions usually require you to spend a significant amount of time helping out, but they will also give you the chance to meet people you might otherwise not be able to reach, and provide an excellent way to build rapport with those people.

Social networking sites like LinkedIn and Facebook are great business networking tools. But if the only contact you have with your network is through the occasional email and things you post on social networking sites, you won’t develop much of a connection with them. However, if you also make the effort to reach out with an occasional phone call or even face-to-face meeting, you’ll develop much more robust relationships. That doesn’t mean you have to set up meetings with every single member of your network; you can limit these special efforts to your top-tier contacts.

Many of your network contacts will likely be located far away, which rules out taking them out for coffee. However, you can set up virtual meetings using one of the many meeting software programs. Such meetings can be nearly as effective as in-person ones when building connections with your more far-flung contacts.

Do More Than Show Up.

Some salespeople attend a lot of network events and collect business cards, and yet never really establish a business network. Other salespeople only go to the occasional event yet make many contacts each time. What’s the difference? Just appearing and gathering handfuls of business cards isn’t enough. In fact, if that’s all you’re doing, you may as well not be going to those events at all. Once again, think of networking as relationship building. You can’t hope to develop any kind of relationship without putting some effort into it.

Network contacts are people too. You can’t just ignore them for long periods of time, then all at once reach out to them and expect them to respond. It’s critical to at least touch base with each of your contacts regularly. One good way to do this is to track important events in your contacts’ lives and send an email or a brief note recognizing those events.

For example, you could send an email on a contact’s birthday, the anniversary of the day you first met him, or a holiday. If you can include some information that will be of interest to him or comment on a recent post he made, that’s even better.

*Excerpted from Sales 101 by Wendy Connick. Copyright © 2019 by Simon & Schuster, Inc. Used with permission of the publisher, Adams Media, an imprint of Simon & Schuster. All rights reserved.

This is an article contributed to Young Upstarts and published or republished here with permission. All rights of this work belong to the authors named in the article above.