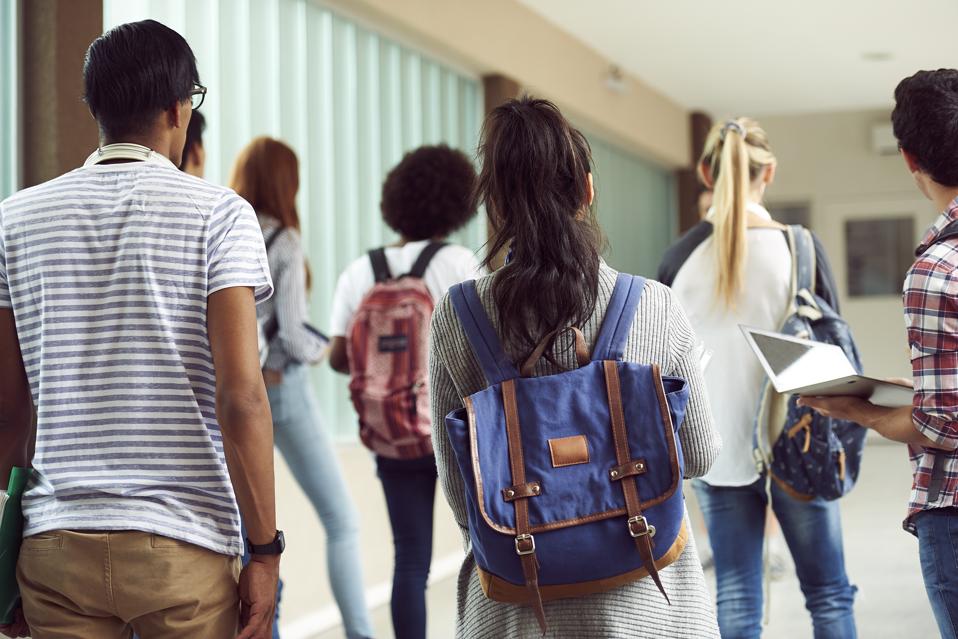 Many universities in this country have a big, big problem. It’s a significant decline in enrollment and it’s being caused by two big factors.

The first – and most dramatic – is demographics. Due to declining birthrates (the 2009 recession didn’t help either), there’s simply less people graduating high school and applying for higher education and the news isn’t getting better: the problem is expected to become even worse in the next few years.

The second is simply money. Colleges – particularly private colleges that now charge upwards of $50,000 per year are just too expensive. Some large employers – from Google to Facebook – are reportedly bypassing college requirements in their recruiting efforts because they’re realizing that many smart people just can’t afford to go. Other potential university applicants are turning more to community colleges, technical schools and the trades.

“Some less selective colleges missed their targets by 25% or more this year, John C Bravman, the President of Bucknell University told The Philadelphia Inquirer recently. ”We [colleges] are being questioned as to our core values, our purpose, our efficacy, as well as our cost.”

This is an industry with a big sales problem – and it’s only getting worse. While that’s bad news for some, it does present an opportunity for companies like Element451. The startup – which just received $1 million in seed funding – is building a CRM system specifically geared towards college recruitment.

This isn’t a new concept. In fact, there are plenty of other CRMs that are geared toward higher ed. So what makes this one so special? “Element451 is different from other higher-ed CRMs because it makes efficiency-boosting technology like marketing automation and predictive analytics easy to use,” the company’s founder and CEO Ardis Kadiu said in a statement. “The front-end experience for prospective students is also more akin to consumer sites and apps.”

The obvious question if you’re a higher education recruiter or marketer is why not just go with some of the brand names like Salesforce or HubSpot to do this. They have similar features, right?

They do and the answer is yes, marketers and recruiters can surely take a mainstream CRM and customize it to their needs. But that will take some work to do. They’ll surely want to create lots of specific fields and make sure there’s not only a good office interface but an easy to use web front end for candidates to submit applications and check on their status. There will be all sorts of setup considerations such as security, connections between related parties and reporting. There will also need to be specialized workflows that are best configured for an audience that includes students, parents, schools and counsellors.

Kadiu is betting that many college administrators don’t have the time, expertise or budget to do all that. “Most other CRMs require coding ability. Some even a technical staff member dedicated to managing the platform,” he says. “There’s zero code to learn with Element451 so current staff can use it after just a few days of training. This makes it much more cost-effective.”

He’s probably right about that. I’m sure there will be some who prefer to build their own systems or customize something more mainstream. But there’s definitely a market for higher education organizations that just want to take something at least close to what they need and get it up and running fast.

Regardless of what’s decided, one thing’s for sure: Element451 is certainly in the right space. It’s clear that colleges and universities are already dealing with an enormous sales problem which is only going to get worse over the next decade. The smartest managers at these institutions will understand the need for a good CRM system to help.