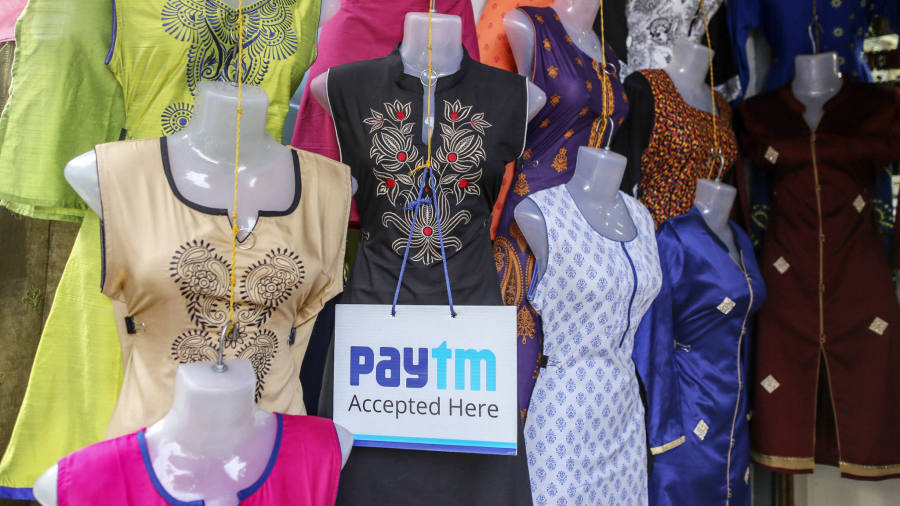 India’s largest mobile payments group Paytm is seeking to raise $2bn from investors including Ant Financial and SoftBank to better compete with rivals Amazon and Walmart, according to two people close to the company.

The fundraise is expected to close “within two months” and will take Paytm’s valuation to $15bn, said one person. “The next phase of Paytm’s journey is to expand its offerings in consumer internet and financial services,” he added.

Paytm’s founder Vijay Shekhar Sharma is raising the money as the company races to keep its share of India’s digital payments and ecommerce markets, a battleground for tech groups who see the country of 1.3bn people as an important source of growth.

Paytm and Walmart’s PhonePe currently dominate the space, but Google Pay has gained traction and Facebook’s WhatsApp has been preparing to launch its own payments service.

Arnav Gupta, an analyst at Forrester, said after the new funding round Paytm will be “ready to compete with PhonePe and Google Pay. The next stage of growth for Paytm, Google Pay and PhonePe will come from merchant acquisition, this is where all three will continue focusing on”.

Mr Gupta added that Paytm was also likely to use the funds for its international expansion into Canada and Japan, where it has launched PayPay, a digital payments venture in partnership with SoftBank and YahooJapan.

Paytm, SoftBank and Ant Financial did not respond to a request for comment.

Paytm was one of the biggest beneficiaries of India’s unexpected withdrawal of high-value banknotes in November 2016. As a result of this sudden demonitisation, Indians faced a cash shortage and demand for Paytm’s mobile payments app surged.

The potential for mobile payments is “enormous”, said KPMG in an August 2019 report. “Similar to the China market, the last two years have seen a rapid diversification of use-cases with mobile payment providers offering short-term credit and inward remittance services,” said KPMG.

Still, the major payments providers have not achieved profitability as they focus upon attracting more customers to their platforms.

A new investment in Paytm would help to push the company’s valuation higher at a time when SoftBank is under pressure over the falling valuations of other portfolio companies, such as WeWork and Uber.

But analysts asked what the end strategy would be for the Japanese investor.

“SoftBank is pumping in money and enabling these entrepreneurs and companies to ensure that they are the last ones remaining standing,” said Jayanth Kolla, founder of telecom and tech consultancy Convergence Catalyst.

“What is interesting is the exit strategy for some of these companies,” said Mr Kolla. “We’ve never seen tech companies going to IPO markets with that kind of a valuation in India.”