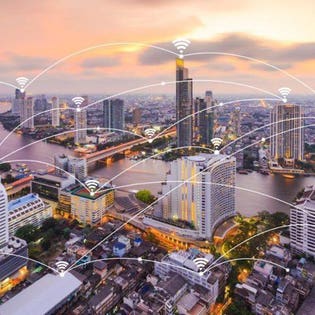 Smart technology does what we tell it to do, in theory. That might seem obvious in a world where Alexa can dim our lights on command, manipulate our thermostats or connect us with the delivery person knocking at our door, but given how much we are starting to take these capabilities for granted, let’s start here.

Of course, our internet of things (IoT) devices are only ever as good as the data their sensors gather. An IoT system normally features countless small embedded sensors that can collect and transmit data through a wide breadth of devices. This information is given in real time and is highly accurate, allowing businesses to clearly see where they might need to make changes and improvements to their products and processes.

So, it’s worth asking: If sensors collecting data drive IoT, just how good are our sensors?

What Sensor Technology Is Doing Right

Arguably the greatest hurdles sensor technology for IoT faces right now are system integration and performance over time. Difficulties during this process can occur for a number of reasons.

The good news, however, is that sensor technology has proven itself steadfast despite these challenges. For example, sensors must be resilient and strong in the face of harsh conditions. Tech that monitors temperature, fluids and gases, vibrations and sound, or even light can be subject to potential physical damage, leaving a blind spot in the supposed holistic system that IoT entails. But with the advent of powerful sensing materials, particularly various nanomaterials, our sensors are more resilient than ever.

The versatility of IoT sensors is another requirement for effective utility, although, as you may guess, we already use a great range of sensors for individual industries and fields. From chemical sensors to proximity or image sensors, the use of this technology is already nearly ubiquitous. The next step is integrating these sensors into a single system.

Perhaps the greatest advantage sensors currently have in regards to implementation is their rapidly shrinking cost. From 2004 to 2014, the average cost of sensors for IoT systems dropped by more than half, from $1.30 to 60 cents, and is expected to go as low as 38 cents by 2020. Cheaper sensors mean that more can be packed into an IoT system, increasing the quality and quantity of the big data coming out of the system for analysis.

The number of companies developing sensor technology should grow in lockstep with the rising deployment of IoT devices, with a higher volume of sensor developers leading to higher competition and greater innovation. For instance, sensors’ decreasing size allows for easier embedding into existing systems, meaning that workplaces don’t have to spend as much money and effort to accommodate these new additions.

Of course, sensor technology is not without its hiccups. Naturally, the systems that sensors run must be protected; we must seriously consider how we are going to ensure data privacy and security.

For potential IoT infrastructures such as transportation, a hacked sensor would be catastrophic for the entire system. While the diversity of technologies and sensor types is a great strength of the IoT, it also allows for a wide variety of cyberattacks. And on top of that, mass-produced embedded devices would empower a single breach to be easily replicated across many devices. Sensor networks will likely need to replicate features of other operating systems, with software update capability to ensure patches can be made to improve functionality and combat increasingly complex cyberattacks.

According to the World Economic Forum, the takedown of just one cloud provider could result in up to $120 billion of economic damage. The massive potential disruption makes data security and data privacy efforts within IoT networks a top priority.

How Businesses Should Approach Sensor Tech

How well sensors work can determine the overall usefulness and longevity of IoT. So, for companies that claim the IoT is the most important emerging technology, evaluating the quality of sensors is a fundamental aspect to rolling out a fully functional system. Business spending on IoT hit $964 billion in 2017, and while sensors themselves represent a small fraction of that cost, any potential issues can mean having to once again integrate new sensors, or in some cases, replacing devices completely to work with compatible sensors.

But enterprises can overcome these challenges by virtue of proper planning and due diligence. Best practices are essential to implementing this emerging technology. Such practices include having an involved CIO, including external vendors on IoT teams and using third-party platforms to host IoT operations. Specifically, direct involvement of external IoT sensor vendors can represent a more seamless integration process, and perhaps even save companies time and money if issues with implementation, damage or security arise.

The challenges of IoT implementation are tangled up in a large technology stack. Sensor technology is not without its flaws, but as it stands, today’s sensors are well advanced and on a strong path into the future. There is certainly still room for sensor technology to grow, and as cloud computing and other elements of IoT also gain traction, it’s not so far-fetched to bet that our sensors will be the bedrock of a secure and powerful internet of things.