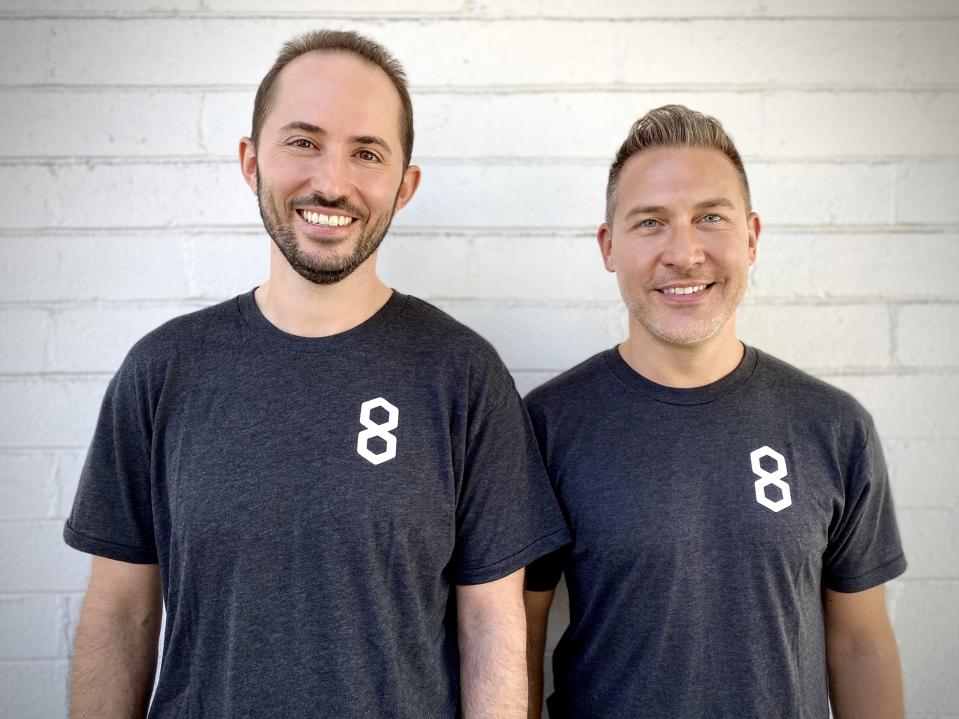 We’ve written about 8th Wall more than once since we covered the launch of the company in 2016. Murphy-Chutorian, formerly of Facebook and Google, has built a cloud-based platform that allows developers to build marker and markerless augmented reality experiences that work in-browser across all commonly used smartphones. No app downloads necessary. In an extremely low latency 5G environment, this would mean the end of the app store. For marketers, this could not come a moment too soon, as consumers have a fierce resistance to downloading apps. 8th Wall’s investors include Norwest Venture Partners, VR Fund, Betaworks, SV Angel, Shasta Ventures, Greylock, and Sparkland Capital.

At AWE 2019, 8th Wall powered the extremely popular “AWE Portal Hunt,” scavenger hunt which consisted of 10 distinct “portals” distributed around the convention center. Each portal was activated when a user scanned its unique WebAR image target which opened a challenge in browser, turning the user into an astronaut explorer retrieving alien relics from each mysterious portal. 8th Wall just celebrated the first anniversary of its WebAR product revealing 10,000 developers are using its platform to create over 5,000 WebAR apps for well known brands such as adidas, LEGO, Porsche, Microsoft, Sony Pictures and TIME.

Emrich is one of XR’s best known evangelists and thought leaders, appearing at events and meet-ups around the world as he mentored, scouted, invested in, and influenced this nascent new wave of computing. He started his career as a product manager as the mobile web took off in the early 00s where he first began to employ the use of AR with brands as a marketing tactic. He later went out on his own as a writer, consultant and community builder focused on wearable technology which ignited his interest in the many modes of XR. He was managing a large wearables community he founded when he and Inbar joined forces. His experience has afforded him the opportunity to literally meet everyone on the hardware, software, and solutions sides of the XR Industry. His value to a company like 8th Wall is therefore extraordinary and unique.

In his role of VP of Product, reporting directly to Murphy-Chutorian, Emrich will lead 8th Wall’s product strategy and interface with 8th Wall’s customers, both existing and new, to help them achieve their business goals by creating meaningful augmented reality solutions at scale. “It’s exciting,” Emrich told me, “to see AR technology in use. It’s not a demo. It’s not sitting on a table at a conference. We’re not just talking about it. We’re implementing it in applications at scale.” His job is to keep the momentum going, and make sure 8th Wall and WebXR are at the center of the conversation.

“I’ve had the opportunity to interact with Tom at many AR/VR events over the past few years, and I can’t think of a better person to lead our product strategy at 8th Wall,” said Murphy-Chutorian. “Tom has an in-depth industry perspective and a proven track record of growing companies and brands. He shares in our vision that AR is for everyone, and he joins us at the perfect time as we focus on taking our products to the next level.”

“I could not be more excited to join a team of this caliber at this time,” said Emrich. “The platform they have built to make WebAR a scalable solution today is gaining incredible traction because of its power and simplicity. 8th Wall allows quick builds, works across devices, forgos the download, and seamlessly creates in-camera mobile AR with the same quality computer vision, planar and depth detection as downloadable applications.”

“I’ve learned so much these past five years,” Emrich said, “I’ve been yearning to get my hands dirty to put it to use. Now is ‘Go Time’ for consumer mobile AR so the timing couldn’t be better,” he said.

You can read more about 8th Wall and Web XR in Emrich’s post here.