The world is seeing the largest displacement of human population since World War Two. In the developed world, the influx of refugees has largely been seen as a burden. But with every crisis comes an opportunity. A few impact investors are betting on the imperative of unleashing the economic potential of refugees, and are pioneering a movement of refugee lens investing. 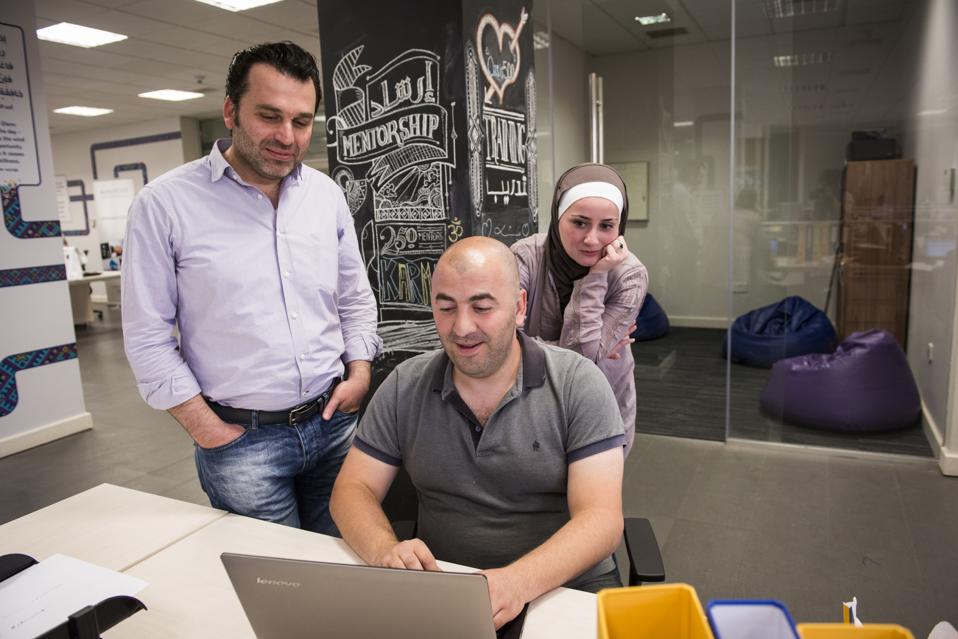 Oasis 500 is a startup incubator in Jordan, and some teams are Syrian refugees. (Photo by Monique Jaques/Corbis via Getty Images)

Refugee lens investing is defined as the deployment of capital toward refugees and the communities hosting them. According to Refugee Investment Network, the term refugee “refers to an inclusive group of people who are externally or internally forcibly displaced, whether through armed or political conflict, ethnic tension, systematic discrimination, climate change or natural disaster, or the displacement of indigenous communities.”

At the Global Impact Investing Network conference in October 2019, gathering 1,000 of the world’s leading impact investors, a panel of experts discussed the rationale behind refugee lens investing. There is a strong business case – for example, several research publications have demonstrated that refugees tend to be more entrepreneurial – in the U.S., the rate of entrepreneurship among refugees is 4% higher than that among US-born populations; in Australia, they were twice as likely to be entrepreneurs as the wider Australian population.

“When we first conceptualised refugee lens investing, we took a lot of lessons learnt from gender lens investing,” says John Kluge, Founder and Managing Director of Refugee Investment Network. They have defined six different ways by which investments can qualify as a refugee investment.

David Bohigian, from Overseas Private Investment Corporation (OPIC) is an early supporter of the gender lens investing movement by signing up to the 2X challenge, to mobilize $3 billion by 2020 for investing in businesses that will benefit for women. He agreed with this approach of cross-fertilisation to build the field. “We hope that in a few years, we will be able to catalyse supply of capital towards refugee lens investing, as we did for gender lens investing,” said Bohigian. 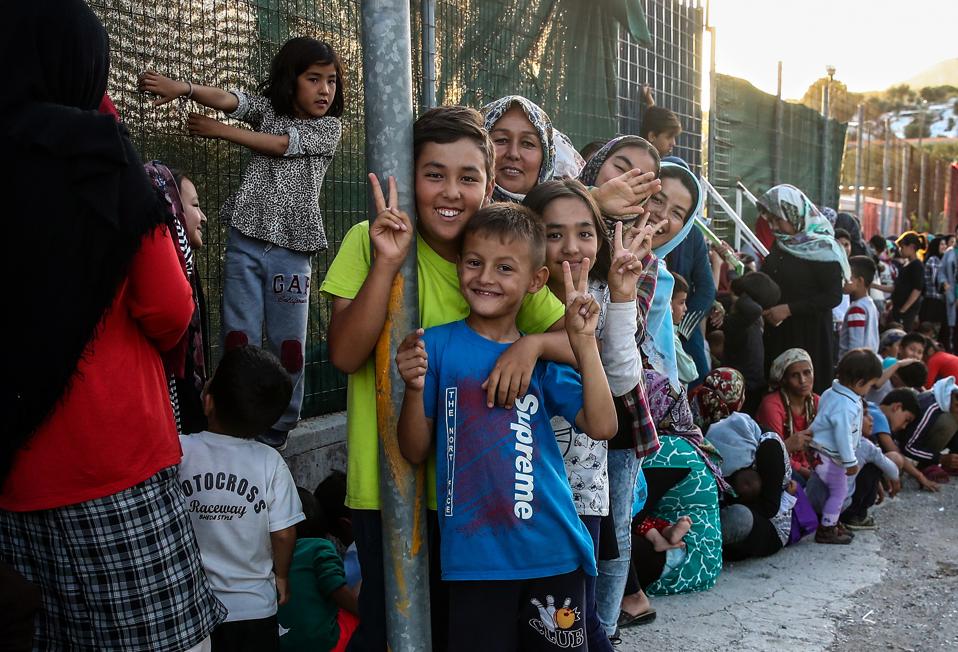 NORTH AEGEAN ISLANDS, GREECE OCTOBER 11, 2019: Children queue for food in a volunteer centre near the Moria refugee camp on the Greek island of Lesbos. Valery Sharifulin/TASS (Photo by Valery SharifulinTASS via Getty Images)

Refugee lens investing is a relatively new topic being discussed in impact investing, and the movement is barely two years old. However, a lot of activities are already underway. Kois Invest, an impact investor based in Belgium, are designing a social housing fund for low-income refugees. 17 Asset Management, a global impact investor with an office in Jordan, are launching a Sustainable Development Goals (SDG) Jordan Growth Fund, a $100 million investment vehicle, focused on driving sustainable job opportunities for refugees, women and youth.

“If you combine all the refugee groups in Jordan, 1 in every 3 people in Jordan is a refugee. We believe that investing inclusively and intentionally in refugees can help push us forward. As part of the SDG Jordan Fund which is a blended finance SME investment vehicle, we will be prioritizing investments through a refugee lens and as part of our focus on SDG 8 our intention is to assist portfolio companies in extending employment opportunities to refugees into their operations,” says Mary Nazzal-Batayneh, Founding Partner of 17 Asset Management and Head of MENA.

Refugee lens investing is a nascent movement, but it has potential to address one of the biggest political and social crises of our times. “In the absence of political leverage, economic leverage can work to create change,” says Kluge when reflecting on his vision for the movement.