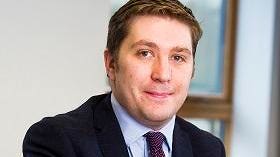 Let’s start with a thought experiment. What if every company in the United Kingdom was run according to social enterprise principles? What would the business landscape look like?

Well according to a report by Social Enterprise U.K.(SEUK), we would have one million more businesses led by women and 400,000 companies with ethnic minority founders and managers at the helm.

It is nothing more than a thought experiment, of course. Unless something changes radically in the near future, we are never going to see the concept of the social enterprise replace what you might call conventional capitalism. But what the SEUK report also highlights is that the social enterprise sector is buoyant and that businesses operating within it tend to look a bit different from their “red in tooth and claw counterparts” elsewhere in the economy.

The study – titled Capitalism in Crisis? –  is the latest piece of research from an organization that provides a voice for the social enterprise sector, along with networking opportunities and a degree of campaigning muscle.

And as Director of External Affairs, Andrew O’Brien explains, SEUK believes that social enterprises can provide an alternative to the traditional way of doing things. “People tend to think that there are two choices,” he says. “You can either have capitalism red in tooth and claw or a socialist model. We believe you can do things another way.”

So what does that mean in practice? Well according to the SEUK definition, a social enterprise is a trading company that (if successful) makes profits. However, it also legally constituted to ensure that its purpose is to deliver on a social mission. Profits are either reinvested or given away in support of a specified goal. And by taking away shareholder value as a driver and replacing it with something that could be described as stakeholder value, you get companies that not only deliver on their designated missions – say, to train and employ local people in an economically deprived area – but also provide a model for good capitalism.

Looking After The Environment

To take an example, 76 percent of social enterprise employers pay what is considered to be a real living wage as opposed to the statutory minimum. When asked about sustainability issues, 88 percent of the businesses questioned for the survey said they planned to reduce their impact on the environment, while 75 percent considered environmental impact to be more important than cost.

Which brings us back, perhaps, to the title of the report – Capitalism in Crisis?  “There are significant challenges facing society at the moment,” says O’Brien. “We have Extinction Rebellion protesting about climate change. Many would argue that the Brexit vote represents a protest against wealth that has not been shared. And on the high streets, shops are closing. Productivity is falling.”

Against this backdrop, social enterprises do appear to offer some sort of alternative model – more responsive to environmental concerns and perhaps also more anxious than most to ensure their workers get a fair deal.

So what are the reasons for these differentials? O’Brien cites the BAME figures. “Social Enterprises are often formed in communities that experience discrimination. When people set up busineses they want to address those issues. When you look at female leadership – I think it’s all about values. A lot of people don’t want to replicate things the way they were before.”

All of which probably wouldn’t count for much if social enterprises were charities by any other name. In fact, according to SEUK, 75 percent of their income comes from trade and they operate successfully in their chosen markets. More than half (52 percent) have grown their turnover in the past twelve months.

Whether you think that capitalism is in crisis probably depends on where you stand in terms of personal circumstances, values and ideology. But with climate change now seen as the number one issue of the day by increasing numbers of people around the world and the old political certainties (and parties) struggling to get to grips with ever more polarised electorates – arguably a trend driven by economic uncertainty – there is a case for doing at least some things differently. SEUK believes the social enterprise can provide at least one model.