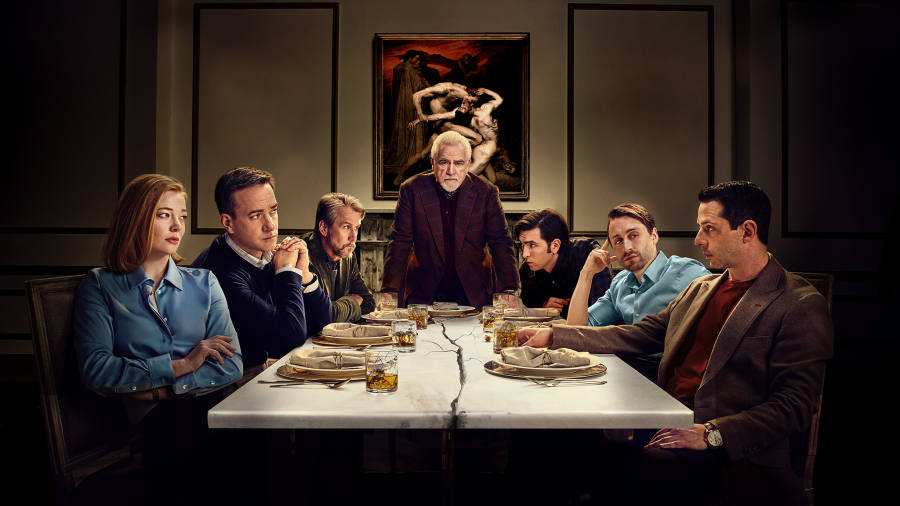 With its television series Succession, HBO has given the world the change-of-generations corporate drama it never knew it needed. Logan Roy, the ageing founder and chief executive of Waystar Royco, a media and entertainment conglomerate, is thinking of stepping down. But which of his four children will get to control the company?

Will it be the irresponsible and druggy but sort-of-fun Roman? Will it be Kendall, who is not quite the high-functioning sociopath he would like to think he is? Will it be the apparently decent daughter Shiv, who may, deep down, be the most Machiavellian of the lot? Or will it be the seemingly uninterested libertarian Connor, who whiles away his days on a remote ranch?

Naturally, they are all awful, utterly spoilt by money, and fight like cats in a sack — it is hugely entertaining. But what of plutocratic inheritance in the real world? Does being gifted vast sums of money ruin your life? Will it make you like one of Roy’s offspring?

Some think so. Bill Gates is leaving nearly all his fortune to charity. He has said of his children: “They are never going to be poorly off. Our kids will receive a great education and some money, but they’ll go out and have their own careers. It’s not a favour to kids to have them have huge sums of wealth. It distorts anything they might do.” Others, from Andrew Carnegie to Warren Buffett to Sting, have voiced similar sentiments.

Some of those who inherit have similarly ambivalent feelings. The late 6th Duke of Westminster saw his wealth as a burden he could not relinquish. “Given the choice, I would rather not have been born wealthy, but I never think of giving it up. I can’t sell it. It doesn’t belong to me,” he said.

More recently, Lane Fury, a woman in her twenties who has begun to inherit significant sums and eventually stands to inherit $6m, told the New York Post: “There is this sense of shame or embarrassment, like maybe some of the problems in the world are my fault.”

In his book Inherited Wealth, John Levy identifies how some of those who are bequeathed a large sum are afflicted. These include a lack of self-esteem, guilt (from not having earned it), delayed maturity (from not having to overcome life challenges), paralysis (brought on by not knowing what to do with it) and boredom, which can lead to the type of self-destructive behaviour we see with Roman in Succession. So, should we disinherit our children for their own good?

Well, maybe not. There are plenty of ways to use wealth positively. Inheriting a large sum of money can free your descendants from the shackles of everyday work and give them the choice to do what they want with their lives. They can, to dip into the self-help lexicon, find their passion and purpose. It can allow them to become leaders in the battle against climate change or exponents of female empowerment in developing countries. It can provide them with a launch pad to found empires of their own. Or it can turn them into the next Paris Hilton. “Money is a magnifier and can enhance problems as well as good instincts,” says Carol Sherman, managing director of the Institute for Preparing Heirs, a California-based wealth adviser.

There are dozens of ways to mitigate the risks posed by wealth transfer — from sending children to wealth boot camps when they are young to inducting them into family offices when they are older. Wealthy families can set up family foundations with some of the wealth, to provide a sense of shared purpose. The head of philanthropy at UBS, the Swiss bank with a big wealth management business, told me that one family gave its teens a $10,000 budget and asked them to make presentations on how best to spend it.

Even so, it does not always work out — there are plenty of tabloid tales about scions of rich families who have gone off the rails. Still, those who worry about the corrosive effects of wealth transfers across generations may take grim solace in research from the Williams Group, a US wealth consultancy. It looked at 2,500 families over several decades and suggests inherited wealth rarely endures. By the second generation, it found, 70 per cent of family fortunes had been depleted. By the third generation, the figure was 90 per cent. So perhaps Logan Roy should give his fractious offspring a couple of million each, sell the company and leave his fortune to a cat charity.

A Ladder to the Sky by John Boyne. It’s a novel about a writer who is charming but an amoral sociopath and will stop at nothing to succeed. It was published last year but feels very current, not least because the antihero’s supposed comeuppance actually works out pretty well for him.