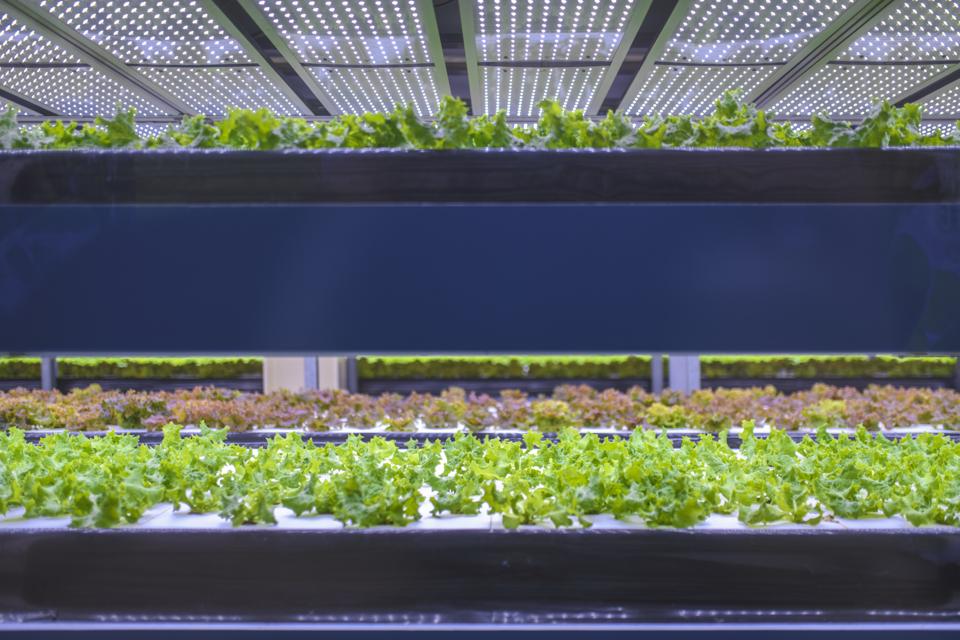 Despite the enthusiasm of the investment community for vertical ag in recent years, the indoor vertical farming industry has yet to deliver an economically viable business model. No matter how well funded they might be, most indoor vertical farms struggle to be profitable. The reasons are simple: high operating costs, especially for labor and energy.

One of the newest entrants to the vertical ag scene, Fifth Season, has designed its first 60,000-square-foot indoor vertical farm, now being constructed near Pittsburgh, and is looking ahead toward solving the profitability challenge. The company got its start under the name RoBotany while in the incubator program at Carnegie Mellon University’s (CMU) Swartz Center for Entrepreneurship, which supports innovation coming out of the university’s renowned robotics, business and other schools. Drive Capital and other investors with connections to CMU have helped supply over $35 million in total funding to date to help Fifth Season commercialize its innovative technology platform.

Cofounder and CEO Austin Webb, a CMU alum and former investment banker with B. Riley FBR, said it took the company three years to develop and perfect its platform technology at two indoor R&D farms, working out of an old warehouse in Pittsburgh. Webb and his team—plant scientists and robotics and AI engineers—designed their facility to achieve the goal of producing greens, including spinach, arugula, lettuce and herbs, to be sold locally, at affordable prices and at a profit.

Fifth Season’s first commercial, large-scale indoor vertical farm will begin operation in early 2020. It is a welcomed participant in the revitalization of the riverside town of Braddock, longtime home of U.S. Steel’s Edgar Thomson Works, one of the oldest still-operating steel plants in the Monongahela Valley.

Webb and his colleagues noticed early on that, after an initial surge of investments in vertical farming, funders have more recently been posing very pointed questions about profitability. Accordingly, said Webb, his team has been designing with profitability as the paramount objective.

“Consumers are all in for locally produced, clean food that’s affordable,” Webb noted. “But to be sustainable and profitable long-term, you’ve got to prove favorable ‘all-in’ per-unit costs. And that’s what makes us different in the industry.”

That is where robotics come in. In their due diligence, Webb and colleagues saw that routine work in the full production chain could be turned over to robotics to help drive down costs. That’s most opportune, given that somewhere from 40% to 60% of a typical vertical farm’s operating costs are for labor. Fifth Season has targeted 20% and less, courtesy of robotics.

“We said, let’s take an empty warehouse and design a system—from seed to harvest to package to destination,” Webb said. Their resulting proprietary design strings together an “Internet of things” of about 40 different robotic components, or “bots”—in Webb’s words, “a fully integrated solution of robotic hardware and software.”

Energy is another big cost factor in vertical growing, and Fifth Season’s team designed its operation with cost efficiency in mind there, too. Energy costs are reduced via solar collectors, which help provide the power supply not only to the robotics and IT, but for grow lights, which are in use 16 or more hours a day in a typical indoor vertical farm.

Fifth Season is collaborating with GE Current, a Daintree Company, to employ the most efficient lighting technology to its operation. In an interview, Michel Doss, general manager of specialty at Current in Montreal, said he believes a vertical-farming approach that can drive energy and labor costs down toward those of outdoor farming will be the big winner.

“I’m definitely convinced 100% that vertical farming will work,” Doss said in an interview. “But nobody knows exactly when as a date on a calendar. But the economics have to be there for it to happen.”

In addition to working with Fifth Season, Doss’s division did the lighting for two of the largest vertical farms in the world: Mirai Co. of Japan and the U.K.’s Jones Food Co.

Doss called the advent of LED lighting a “missing link” that has enabled indoor farming. But, he added, lighting is only one factor, along with seeds, ventilation, humidity control and airflow, among others: “The entire ecosystem for indoor growing is critical. The technology is still evolving as it’s being tested in the field.”

Lighting alone is a work in progress, he said: “We’ve historically done a mix of deep red, which has a 660-nanometer range, and blue, a regular blue that’s readily available and seems to be yielding good results with leafy greens. But we still need more studies. What about adding green? What about white, and what kind of white, because all white isn’t equal? We’re just at step one of a 10,000-step journey in the space.”

Webb’s team at Fifth Season, along with Doss’s Current lighting crew and other vendors and collaborators, are still tweaking many variables, always with a sidelong glance at the elusive holy grail of indoor growing: tasty and sustainable profits.