Boris Johnson’s hopes of securing a Brexit deal at a European summit this week appeared doomed on Monday night after Antti Rinne, the Finnish prime minister and holder of the rotating EU presidency, said that “more time” was needed.

Expectation is growing that negotiations in Brussels on Mr Johnson’s revised plan will extend beyond this week’s summit, which starts on Thursday, with the possibility of another emergency Brexit summit the following week.

“I think there is no time in a practical or legal way to find an agreement before the EU Council meeting,” Mr Rinne told a news conference in Helsinki. “We need more time.”

Simon Coveney, Ireland’s deputy prime minister, told the broadcaster RTE it “was too early to say” whether a breakthrough could be made this week but added that it might be necessary “to move into next week”.

The complexity of Mr Johnson’s plans, by which Northern Ireland would be placed in an unprecedented dual customs zone with the UK and EU, would require a big upheaval in the EU customs code and extensive legal work. 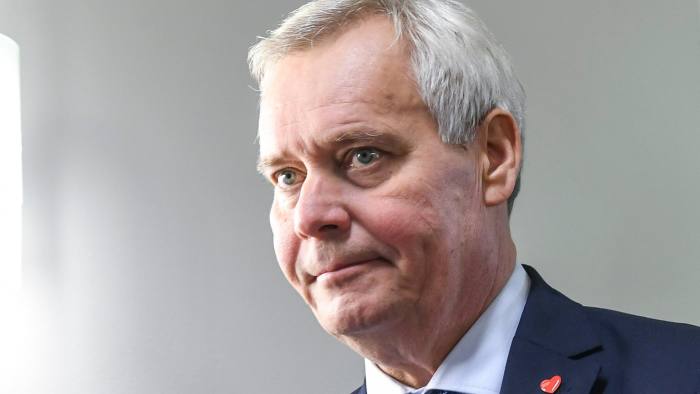 The news came as even the Queen appeared to hint that Mr Johnson’s hopes of leaving the EU at the end of October were open to doubt, in her speech to open the new session of parliament.

Rather than declaring that the government would take Britain out of the EU on October 31, the monarch said: “My government’s priority has always been to secure the United Kingdom’s departure from the European Union on October 31.”

Mr Johnson’s allies insisted that was still the government’s intention and denied that the Queen had asked for a change in the phraseology so that she did not make a commitment that could not be honoured.

Downing Street maintains that a deal is possible at this week’s summit but the moment of truth will come on Wednesday night when EU ambassadors prepare the two-day meeting in Brussels. If no deal is possible at the October 17-18 summit, Mr Johnson may decide to cancel a planned sitting of the House of Commons on Saturday — the first such sitting since the start of the Falklands war in 1982.

The prime minister would then be bound under the terms of the so-called Benn Act to write a letter to the EU by 11pm on Saturday requesting an extension of the Brexit process until at least January 31.

However, his allies have previously suggested the prime minister might delay sending the letter, possibly challenging the act in court, perhaps giving him time to secure a deal at a second EU summit next week.

Meanwhile, Mr Johnson was facing a renewed threat on Monday from a cross-party “rebel alliance” of MPs opposed to a no-deal Brexit who are pushing for a second EU referendum.

One Labour official said: “If you put that deal to the Commons and then added a confirmatory referendum, you might be able to get a majority.” Liberal Democrat officials suggested the party could support the move on the condition that it included the guarantee of a second referendum.

Some rebels concede that if Mr Johnson pulls off a last-minute deal then some former Tory MPs would swing behind him rather than back a second referendum.

Jeremy Corbyn, the Labour leader, is under huge pressure from senior figures in the shadow cabinet to shift towards backing a second referendum on Mr Johnson’s deal.

Keir Starmer, shadow Brexit secretary, said at the weekend that there was “only one way out” of the current impasse — in a reference to another referendum.

“The shadow cabinet are coming to the realisation that an election before Brexit would be bold, indeed borderline mad,” said one Labour figure.

Instead, however, Mr Corbyn is — for now — still pushing to force an election first in which Labour would seek to renegotiate a new deal.

One Labour official close to the discussions said: “A referendum is where most of the party and most of the MPs are. We will get to that position in the end, but it will be so messy we’ll end up getting none of the credit for it.”