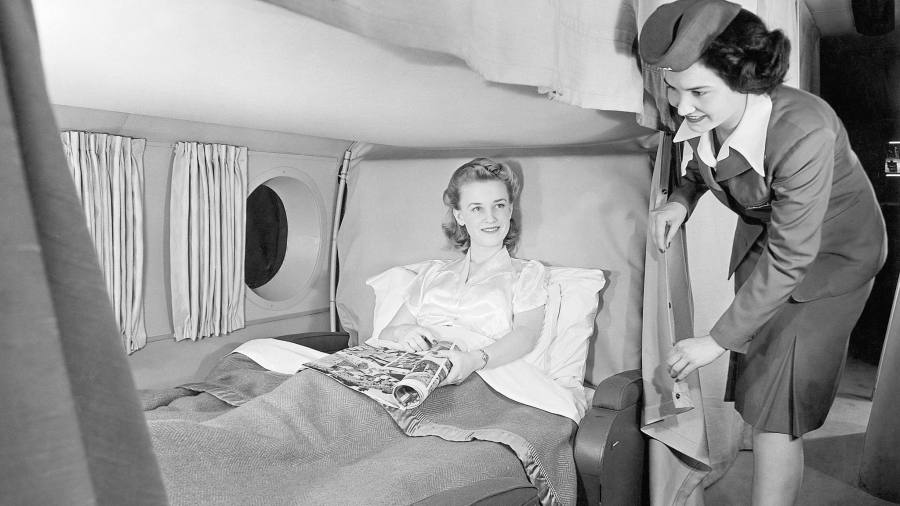 Not that long ago, I did something that friends in Australia had been telling me to do for ages: take the 17-hour nonstop flight from Heathrow to Perth.

“It’s amazing,” gushed one, who had been among the first to try the route when Qantas started it last year and cannot wait for the even longer New York-Sydney service the airline is due to start testing this week.

“It’s unbelievable,” said another, who turned out to be quite right. It was unbelievable. Unbelievably awful. So appalling that it should have turned me into a nonstop Qantas critic. Instead it did something quite different.

The trouble began with one of the passengers who boarded in London. He was a tall, middle-aged man from Queensland who had been travelling around Britain by himself for a month but had just had a rotten time trying to check in his luggage at the self-service desk at Heathrow, which was in his view pretty much a disgrace.

I discovered this because I was seated on his right and as we took off, he told me all about it. Then he told the man on his left. Then he pushed the button to summon a flight attendant and told him about it as well. By this time I had twigged that I was about to spend 17 hours trapped in a window seat in economy beside a man who had, as they say in Brisbane, a few ‘roos loose in the top paddock.

I did not take much notice at first because I had a more urgent problem: a tricky deadline that meant I would be working on holiday unless I used the flight to write. I fired up my laptop and began to type, until I became aware of an unpleasant vibration to my left. My neighbour was jiggling his leg so hard it was rubbing up against mine. He had also made a land grab for the space on the elbow rest between us that soon made typing impossible. “Would you mind moving your arm?” I asked. “What’s your problem?” he growled, clamping his arm in place.

There were 16 hours to go. He was big. I gave up typing, jammed on my headphones, shrank as far from him as I could and prayed for sleep. He put his headphones on too and must have found a music channel because just as I was dozing off, he began to jab his hands in the air and sing, loudly, to AC/DC. “I’m on the high! Way! To hell!” he bawled, oblivious to the shocked faces around him and the flight path to hell he was creating.

I gingerly asked him to stop so I could get up, march to the nearest flight attendant and demand another seat. The man on the other side of Mr Queensland had beaten me to it but we were both doomed. The flight was so full there was nowhere to go.

“This is literally the worst person I’ve ever sat beside,” I moaned at an attendant. “On by far the longest flight.” The attendant then did two unexpected things. First, she offered to sneak me a plate of food from business class. Then she reeled off an impressive list of her own dreadful passenger experiences. The worst came when she was seated between a woman with a hacking cough who refused to cover her mouth and a man with serious dandruff who emitted a cloud of noxious body odour whenever he lifted his arm to scratch his scalp. “I had to keep holding my breath the whole flight,” she said.

I would be surprised if either of her actions are specifically endorsed in Qantas training manuals. Some companies might even ban them. Yet her very human response cheered me so much that by the time I stumbled off the flight in Perth, I had stopped blaming Qantas for stuffing so many passengers on to the plane that escape from a dire one was impossible.

Instead, I was thankful its staff had instinctively tried to fix a problem that, to be fair, was not entirely of their making.

In an age of relentless customer service surveys and blather about “customer delight”, that flight attendant was a reminder of how little it takes to turn customer relations disaster into triumph — and how rarely it is done well. I have lost count of the times a bank or phone company person has responded to a plea for help with a computer-assisted wall of chill. Sympathetic, warm and humorous people may not be the easiest to find. But any company that manages to put them at the heart of customer relations will always be one step ahead, especially when that help is most needed 30,000 feet up in the air.