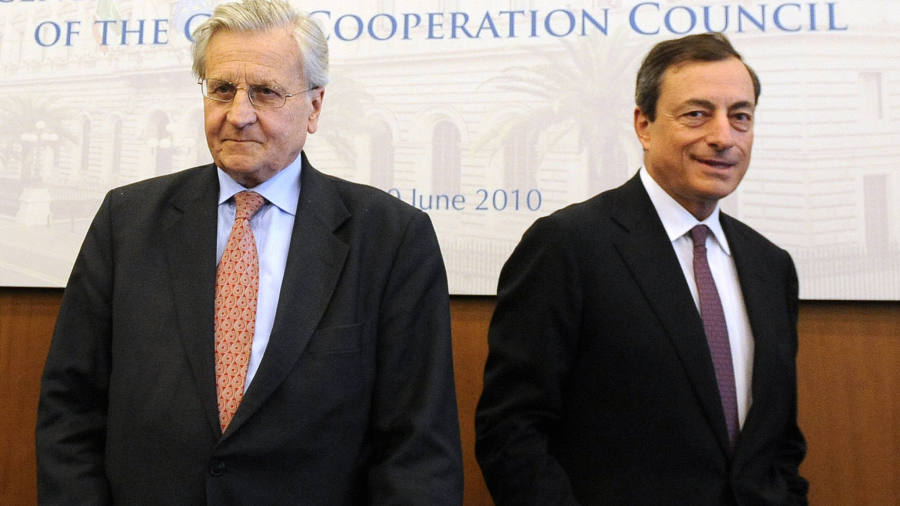 A memorandum signed recently by six former central bankers attacked the loose monetary policy pursued by the European Central Bank. I disagree with their criticisms. Where they see only negatives, I see success, continuity, unprecedented challenges and a question about the limitations of monetary policy.

First, consider the successes. Since its inception in 1998, the ECB has delivered price stability (its primary treaty objective) significantly better than the best performing national central banks that preceded it. At the same time growth per capita was approximately the same as in the US.

Furthermore, the ECB had to cope with the worst financial crisis since the second world war. Thanks in particular to bold decisions taken after 2007 (including the full allotment of liquidity, securities market programme, outright monetary transactions and quantitative easing), resilience was assured. Since the start of the subprime crisis in 2007, seven more states have joined the eurozone’s 12 original members.

Finally, popular support for the euro today is higher than ever. In a Eurobarometer survey in August of citizens in the eurozone, 76 per cent of respondents were in favour of the single currency. If these successes are not due to the actions of the ECB, who should get the credit?

In 1998, just before the euro was launched, the ECB’s governing council defined price stability as a yearly increase in the harmonised index of consumer prices below 2 per cent. It did not mean a range of 0 to 2 per cent.

As a matter of fact, between 1999 and 2003, inflation expectations oscillated between 1.7 and 1.9 per cent. That is why the ECB called its decision in 2003 to aim to maintain inflation rates “below, but close to” 2 per cent a “clarification”.

There is no reason, therefore, for alarm that the aim of the ECB’s policy would become symmetrical because that is already the case: The objective is to anchor inflation expectations in the medium term below but close to 2 per cent. That means, there will necessarily be periods when inflation is higher than the 1.7-1.9 per cent level and periods when it is lower.

All decisions of the ECB are taken by a majority of the governing council. This is true of the unconventional measures taken under my presidency and my successor Mario Draghi. These actions were necessary and bold — and met with harsh criticism of me and Mr Draghi. When I was president, two of my colleagues on the council resigned over the securities markets programme.

While necessary, unconventional monetary measures have adverse consequences, as well as positive ones. So we should ask first whether central banks are responsible for the abnormal situation of the real economy. And second, what would the counterfactual be had such unconventional measures not been taken?

The response to the first question is negative: there are deeper and longer-term economic factors that push real interest rates and inflation very low. Answering the second question requires careful scrutiny of the positives and negatives to be sure that the balance is positive. It is what the governing council did constantly in order to fulfil its mandate.

Where quantitative easing is concerned, it is not accurate to say, as the authors of the memorandum do, that there is a “broad consensus” that the policy is no longer having a positive impact on domestic demand. On interest rates, there are no empirical estimates to suggest that the ECB is at the point where the adverse consequences of negative values clearly outweigh the positives. And most studies suggest that inflation and real growth have been significantly higher than in the counterfactual scenario over the past few years.

But the present situation cannot last for ever. The ECB has fulfilled its obligations, but monetary policy cannot always be the only game in town.

For instance, despite exceptional monetary accommodation, the eurozone is posting an excessive current account surplus, which suggests that other policies are abnormally restrictive. Unemployment is still high in the eurozone as a whole. And even in those highly competitive economies at full employment, inflation is very low, pushing down inflation in the other countries, to keep them competitive on costs.

So in order to relieve the burden on the ECB, the following measures are essential: fiscal action in countries with the requisite room for manoeuvre; structural reforms by all members of the single currency; and more dynamic wage growth in the full-employment economies.

Attacks on the ECB’s monetary policy are misguided. The energy would be better spent calling on EU institutions, national governments, parliaments and social partners to fulfil their obligations.

The writer was president of the European Central Bank, 2003-11

This article draws on a longer memorandum available here