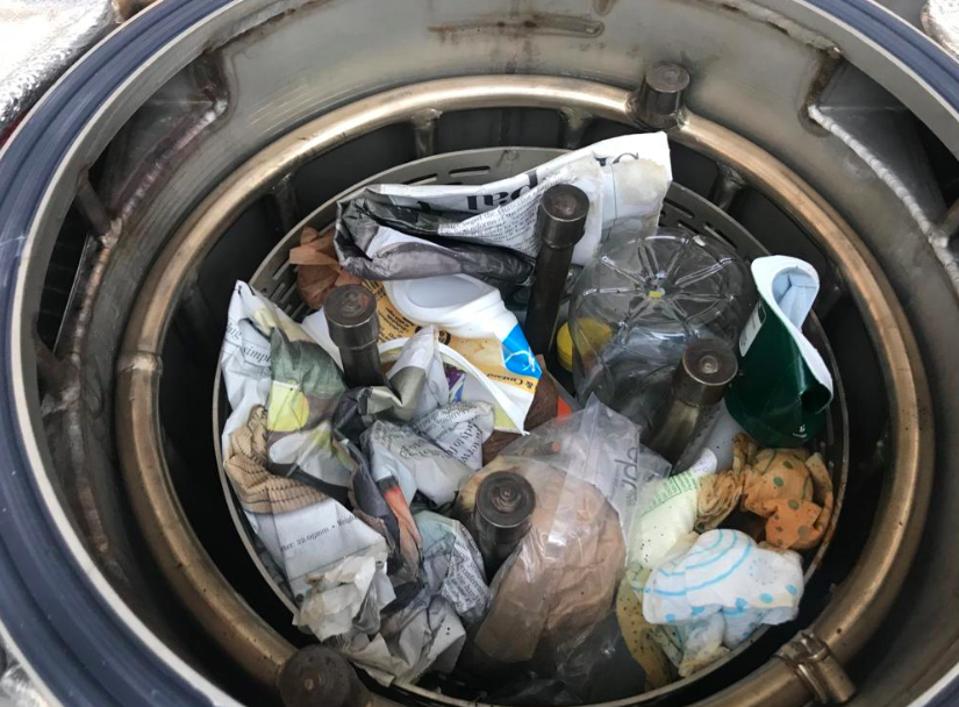 A gadget that’s the size of a trash and can heat your home, with everything from dirty diapers to empty chip packets, is currently being trialled in the UK.

Nik Spencer, the man behind HERU, an acronym for Home Energy Resource Unit, is the founder of Mission Resources, a company he established in 1992 to sell unsold newspaper as bedding for racehorses.

Spencer has a history of environmentally-conscious inventions, establishing a vehicle hire company for recycling trucks in the early 2000s, before turning his attention to a more futuristic invention.

“I had a deep think about whether we were going to be running around with garbage trucks doing very few miles to the gallon in 20 years to collect material and at best make into energy and then bring the energy back to the home,” he explains. “I had been researching pyrolysis for some years and loved it.”

Pyrolysis is a natural decomposition process that occurs with high temperatures. “Nature has been performing it for millions of years, turning dinosaurs and trees in to gas, oil and char. Nature is rarely wrong was my thinking and I wondered could I create a domestic appliance that performs nature in a few hours rather than a few million years?”

Spencer was frustrated with a system that essentially saw “a refuse vehicle doing 6 miles to the gallon running on fossil fuel, to deliver to compost facility, and then use more fossil fuel to turn and compost, then wrap in a plastic bag and supply back to the home occupier that placed it in the system initially”.

“The waste management system is broken and not fit for purpose of delivering a sustainable future,” he adds.

Spencer employed engineers from Rolls Royce Aerospace to write the software and mechanical engineers from Mercedes Benz Formula 1 to assist in developing HERU, which is currently being trialled by Wychavon District Council.

The gadget works by taking household items, which would have been previously been destined for landfill and heats them without oxygen, allowing pyrolysis to occur. The item becomes char, a solid material, releasing oil and gas, which are then captured. The HERU then cleans the oil, so it is safe to discharge, and it utilizes the gas and heat that’s been produced together with a domestic boiler. 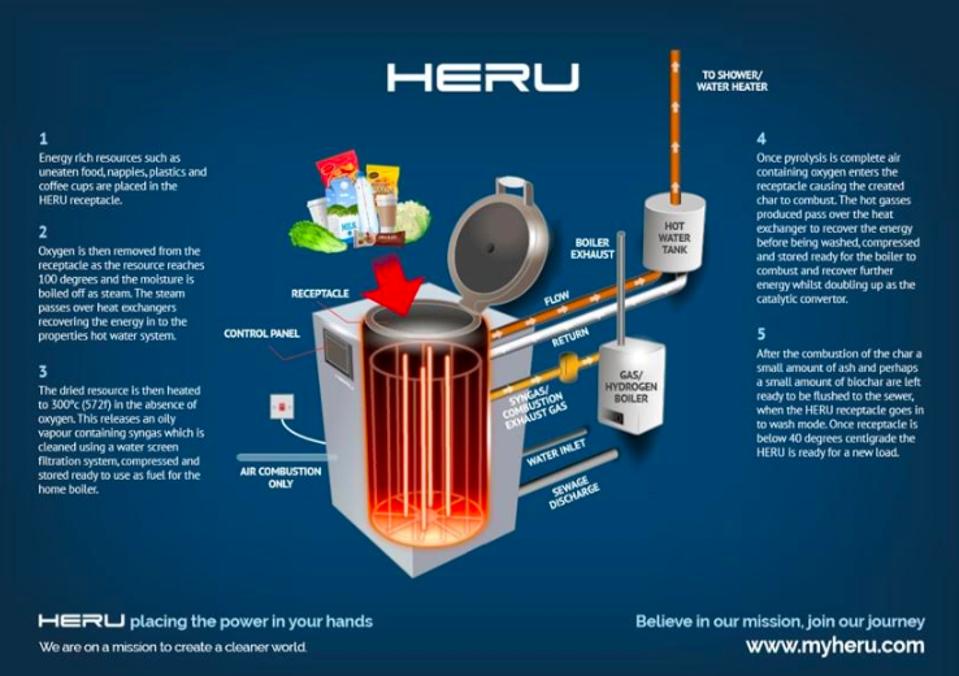 It has been a hard road to get to the point of trialling HERU, with the main challenge being how to create an easy to use, robust bin that would perform pyrolysis and then combust the fuel it made.

“I was told by one professor that would be impossible unless you dry the material, shred the material and then gently auger the material in to a small diameter unit.”

But he was undeterred: “A few lost months and then a chance breakfast meeting that I really didn’t want to go too led to an introduction to another professor who did believe it was possible. This professor had never performed pyrolysis before, but had a mind wide open to change and making a difference.”

There are around 1.2 billion homes globally, and if each home had a HERU, or something like it, they would save 1 ton of CO2 per year.

The 49-year-old is hoping to license the technology to “forward-thinking, likeminded engineers” in order to manufacture and deliver HERU to areas across the world, both in homes and businesses.

It’s early days for Spencer’s product, but he’s confident in its ability to succeed, and its potential for tackling climate change. However, he says there are still hurdles to overcome.

“I think this makes for a very exciting opportunity to develop innovative solutions but does require governments around the world to recognize the current drivers are not working for the environment.

“Also,” he adds, “to make the cultural change it has to be more expensive to throw away,  and/or we need to make resources valuable to the holder of them.

“As energy and disposal become more expensive as they will each year the resources become more valuable. People need these resources to have value to drive the change required. This is a completely untapped industry and is full of incredibly exciting opportunities I believe,