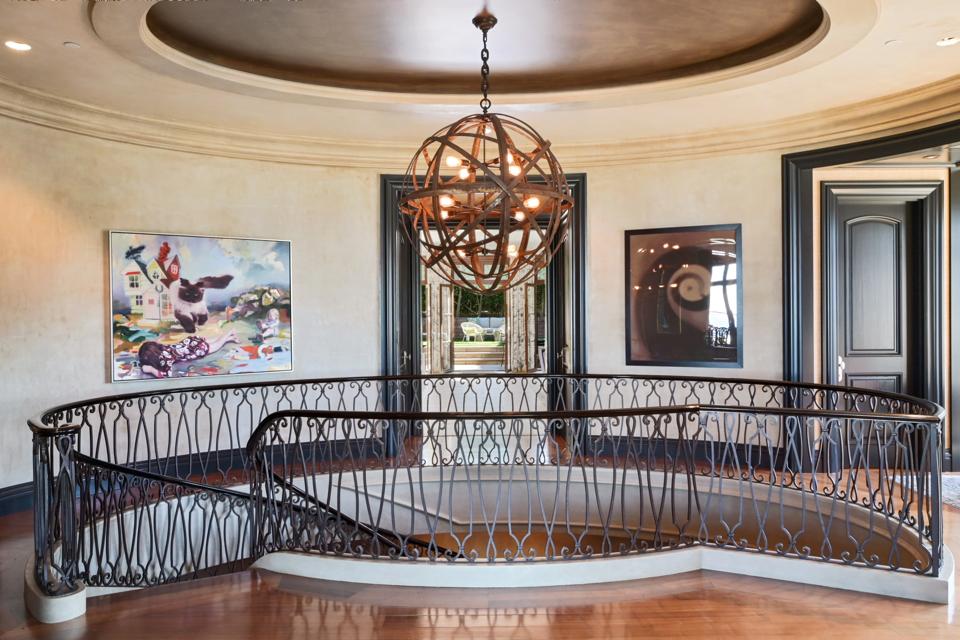 Michael and Xochi Birch listed their home at 2799 Broadway.

The listing threatens the title of most expensive home ever sold in San Francisco, which was taken last year by 2920 Broadway when it was purchased for that same price. 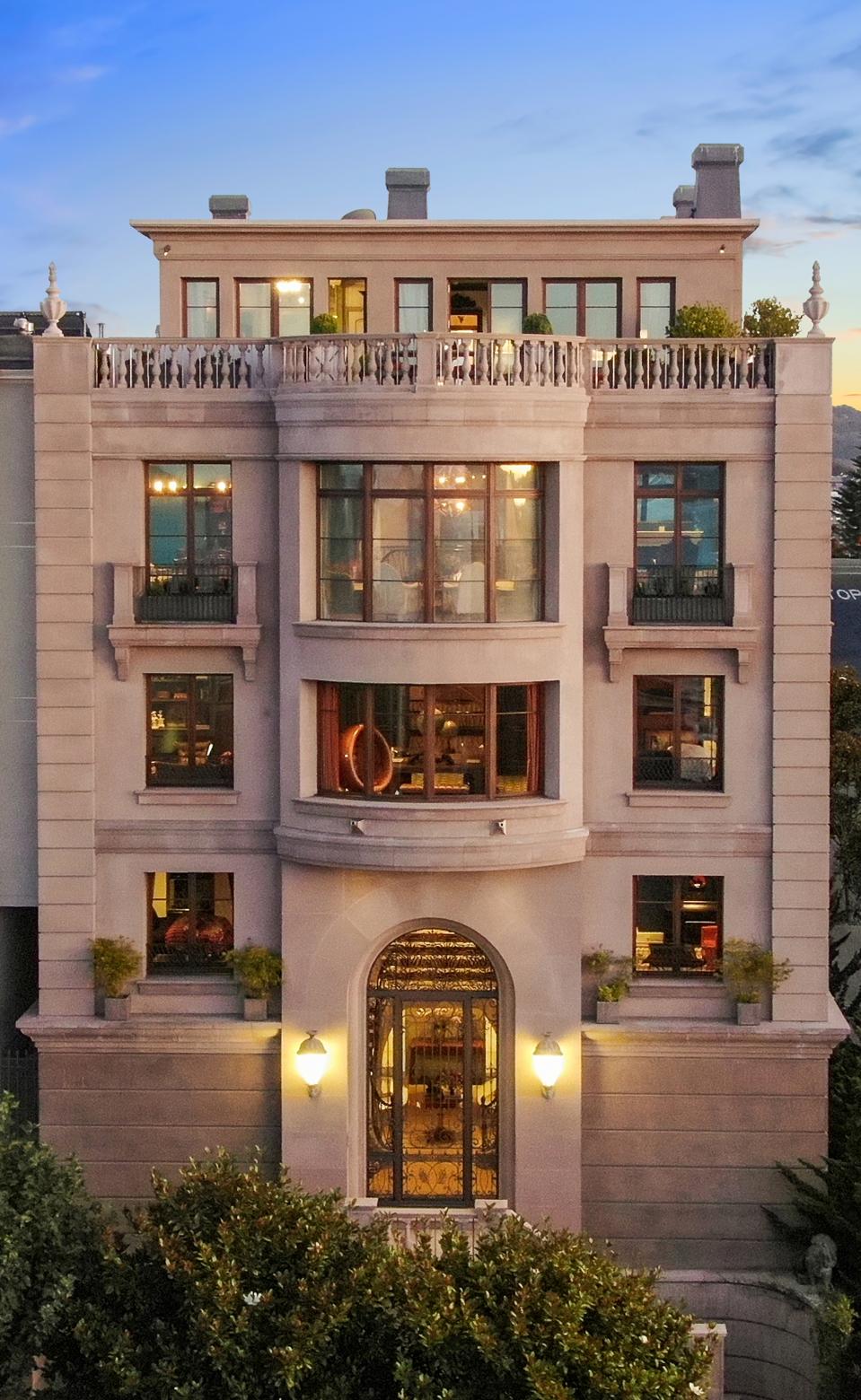 Though these properties do reflect the city’s high housing prices (Sotheby’s International Realty reported its one-family sales median at $1.58 million in the third quarter), they still don’t come close to the records in New York, where Ken Griffin paid $238 million for a penthouse in Robert A.M. Stern’s 220 Central Park South (the highest price in U.S. history), and Los Angeles, which had a $110 million sale in Malibu in 2018.

San Francisco stays on the map, however, largely due to its presence of internet entrepreneurs. The Birches made their riches in computer science, having sold their social networking site Bebo to AOL for $850 million in 2008. 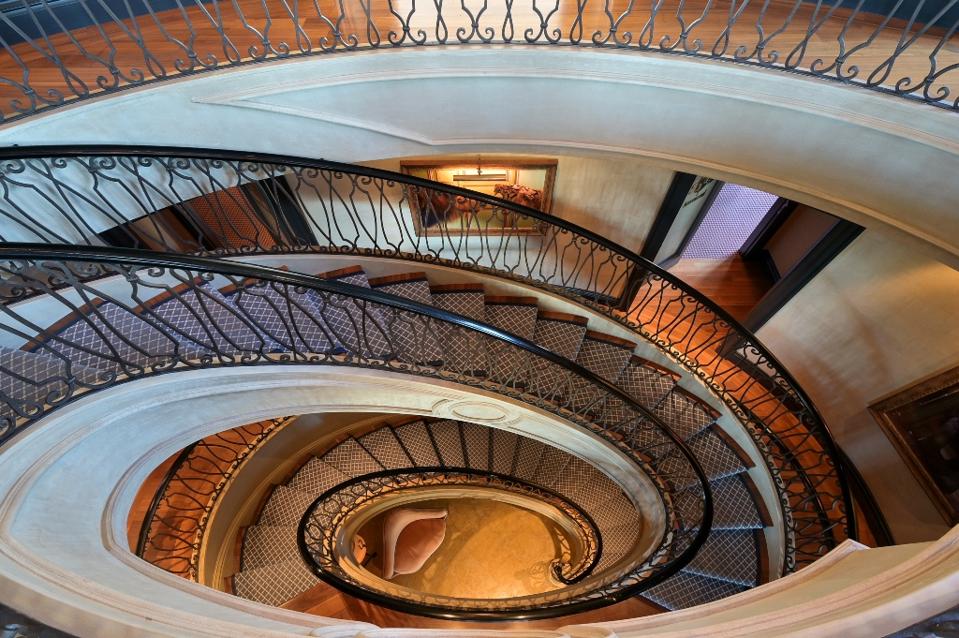 Their mansion, located at 2799 Broadway and listed by Sotheby’s Deborah Svoboda, spans 11,600 square feet with six beds, seven full baths and two half. It is new construction, with its inner concrete frame finished in 2004.

“It’s rare to find new construction on the Gold Coast,” Svoboda says. “Most of the sales over $30 million there have been older homes that have required major, multi-multi-million-dollar renovations and significant structural engineering.” 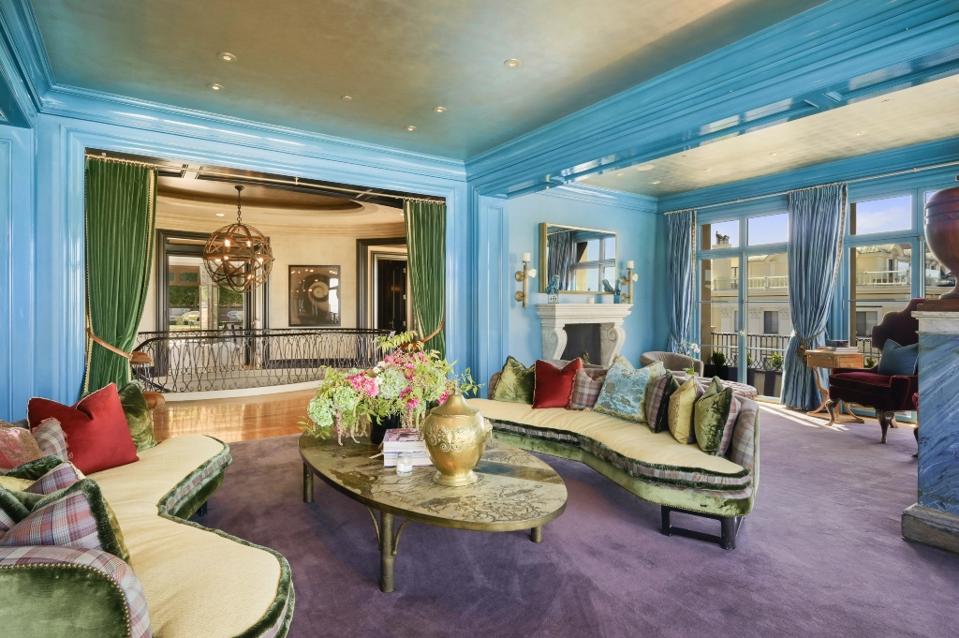 Despite being young, however, the space is stocked with character. Its features include hardwood, marble and limestone floors, a three-level serpentine staircase and a library with paneled-walls and coffered ceilings. Throughout the home are 14 sets of French doors.

Amenities abound too, offering everything from a pet salon to a bar imported from Britain and multiple terraces. Not surprisingly, it’s also decked-out with nifty smart home systems.

“Always at a premium in San Francisco and on the Gold Coast, the home has a sunny, south-facing terrace with artificial lawn off the family room [and] kitchen, another sunlit south terrace on the top floor, and the piece de resistance is the spectacular north-facing terrace with tiled spa off the master suite,” Svoboda notes. 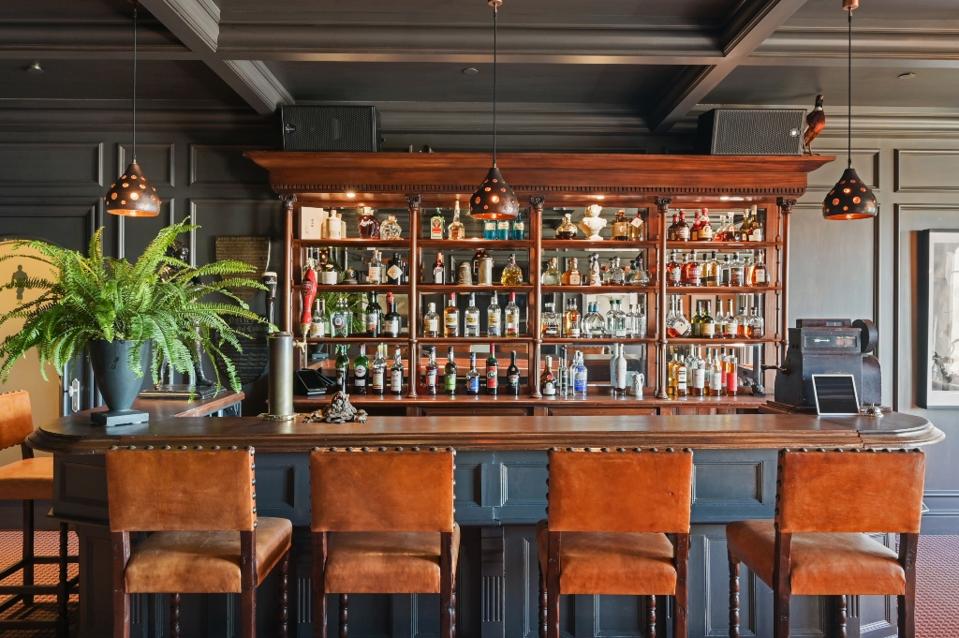 Set high above the city and the bay, meanwhile, the three-story manse offers sights across the Golden Gate Bridge to Oakland Hills, with views of landmarks like the Palace of Fine Arts, Alcatraz, and Angel Island. 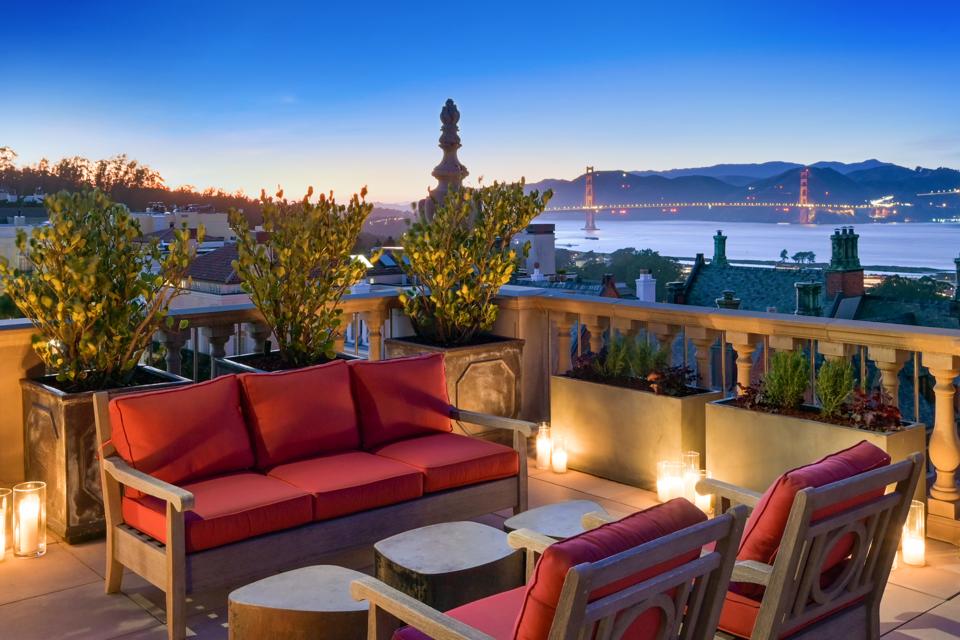 Daniel Lunghi for Sotheby’s International Realty Thanks to the Courtesy of :