All it took was one tweet. Until last weekend, the National Basketball Association was the sports franchise that had cracked China. Decades of careful courtship with Chinese fans and officials had made the NBA China’s most popular international competition, trumping even English football’s Premier League, with 490m online viewers last season.

Last Friday evening Daryl Morey, general manager of the Houston Rockets, was sitting in a hotel room in Tokyo when he tweeted an image that read “Stand with Hong Kong”. The outcry from Beijing is now threatening to undermine the NBA’s estimated $4bn business in the People’s Republic. 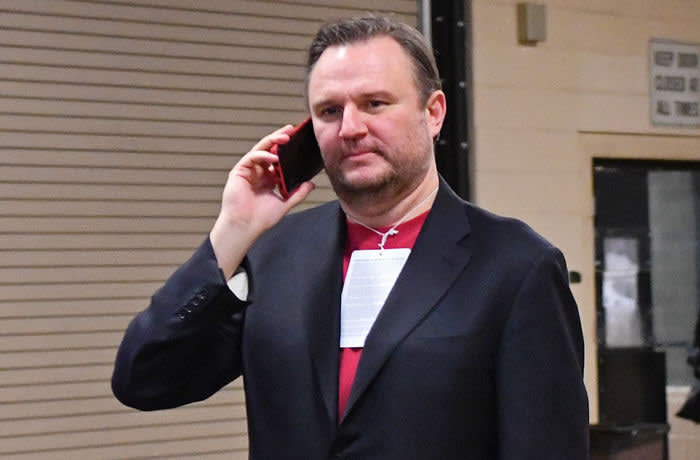 Daryl Morey of the Houston Rockets tweeted an image that read ‘Stand with Hong Kong’, which caused an outcry from Beijing and threatens to undermine the NBA’s $4bn business in the People’s Republic © D. Garrabrant/NBAE via Getty Images

Within days, sponsors, broadcasters and the Chinese Basketball Association had suspended ties with the Rockets. State broadcaster CCTV and tech group Tencent, the league’s two distributors in China, said they would not air the two pre-season games between the Los Angeles Lakers and the Brooklyn Nets, raising fears among fans that the matches would be called off altogether.

For the past week, the NBA has found itself at the centre of the growing contest between the US and China. The dispute comes at a crucial moment in their trade war — Chinese vice-premier Liu He has been in Washington this week for talks, including with President Donald Trump — and as the anti-government protests in Hong Kong morph into an open rebellion against Beijing.

Most of all, the furore highlights the competition over which of the two superpowers gets to shape values. For much of the past two decades, many American politicians and intellectuals predicted the internet would prove an unstoppable force that would undermine the ability of the Chinese Communist party to operate its authoritarian political system.

Yet the fierce criticism of Mr Morey is the most blatant example so far of Beijing’s counter-attack, where it tries to use the allure of its huge market to force Americans to self-censor their online statements about China. “We believe that any remarks that challenge national sovereignty and social stability are not within the scope of freedom of speech,” CCTV said in a statement on Tuesday about Mr Morey’s tweet. 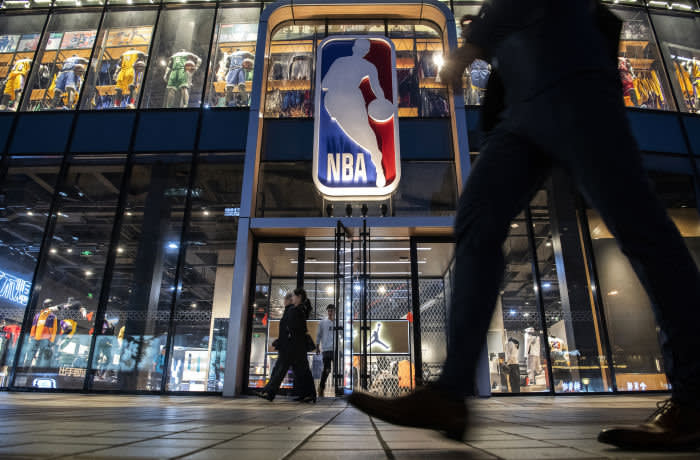 An NBA retail store in Beijing. Access to slices of American culture is part of the informal pact the Communist party has struck with the rising urban middle class © Getty

The stand-off is also remarkable for the fact that the NBA did not completely back down. Most US companies that have faced these sort of pressure tactics from China have quickly issued apologies. After an initial wobble — the NBA’s first response called his remarks “regrettable” in English and “extremely disappointing” in Chinese — commissioner Adam Silver said Mr Morey enjoyed the right to free expression.

And despite the threats, the first exhibition game on Thursday went ahead to an almost full house of excited fans. Access to slices of American culture is part of the informal pact the Communist party has struck with the rising urban middle class.

“Usually a company just has to do anything it can to get through a scandal like this, but the NBA has a huge amount of soft power in China,” says James McGregor, greater China chairman of advisory group Apco Worldwide. “If [the government] actually banned the NBA you’d have a couple of hundred million angry young men on the streets.”

As a more assertive Beijing has thrown its weight around, businesses with Hong Kong operations have found themselves under additional pressure to show which side they stand on in the protests. In September, the FT reported that the brokerage CLSA had been ordered by its parent company, the state-owned Chinese investment bank Citic Securities, to review its tenancy of offices owned by Swire Group.

That followed pressure on Cathay Pacific, a Swire subsidiary, to take action after a pilot was arrested at a protest in July. Cathay’s chief executive and chairman both left the airline in the fallout from the incident.

“There’s so much frustration and anger in Hong Kong that you don’t have to go very far to find areas where China can take offence. Companies must be petrified,” says Fraser Howie, an expert on Chinese finance. 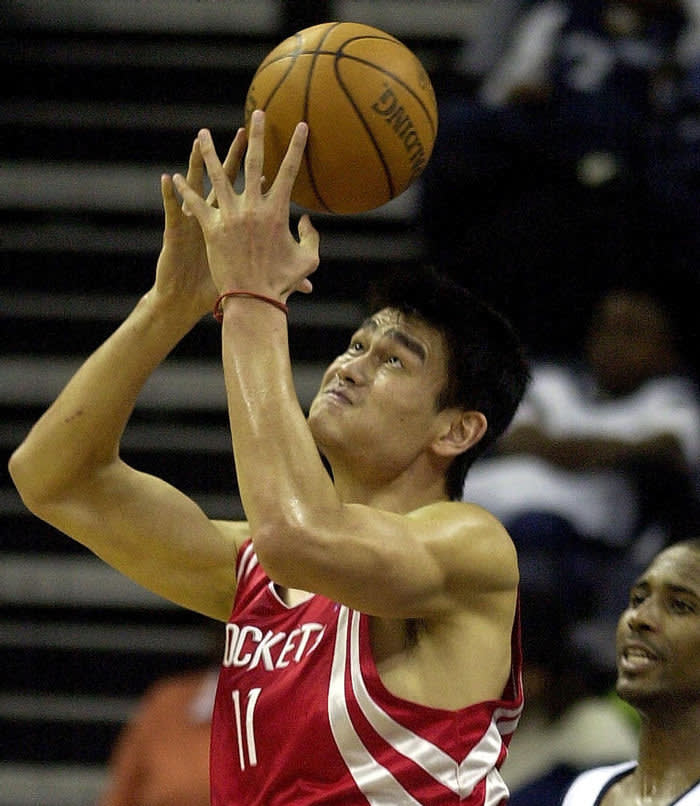 Yao Ming playing for the Houston Rockets. He is now head of the China Basketball Association, which has cut ties with the NBA team © Mark Weber/AP

The criticisms of Mr Morey, Cathay and other individuals and businesses were “all part of China’s 360-degree push: a full-court press to push people back and accept their view of the world by making them suffer”, Mr Howie says.

However, the NBA stands out among the American businesses facing Chinese opprobrium due to its widespread and loyal support in China. “Fans are fans . . . Even though people online are getting upset about this and it is obviously a very sensitive issue, people still want to see the games,” says Beijing-based sports analyst Mark Dreyer.

No other western sporting group is as firmly embedded in China as the NBA. Interest in basketball exploded in the early 2000s, when Yao Ming began a nine-year career for Houston Rockets — Mr Morey’s team. The Chinese player’s success made him one of the most popular athletes in his home country.

“The Houston Rockets has a special place in China,” says a senior NBA team executive who declined to be named, citing the sensitivity of the league’s relations in China. “If someone from the Utah Jazz had [sent a tweet in support of Hong Kong], you may not have seen a response.”

MARRIOTT Chinese state media attacked the hotel group over maps on a guest survey that listed Hong Kong, Taiwan, Tibet and Macau as separate countries.
Outcome The Marriott apologised. Its Chinese website and app were down for a week while they were being updated.

LANCÔME The cosmetics company came under fire for inviting Denise Ho, a well-known pro-democracy activist who supports the protests, to sing at a concert.
Outcome Lancôme cancelled the event citing “safety reasons” without clarifying whether Ms Ho had been slated to perform. But it did state that Ms Ho was not a brand ambassador

TIFFANY The jeweller released a tweet with Chinese model Sun Feifei wearing a Tiffany ring while covering her right eye. The ad was said to resemble a protester who was shot in the eye, a symbol of the demonstrations.
Outcome Tiffany removed the tweet despite saying that the photo was taken in May before the protests and “in no way intended to be a political statement”.

APPLE Chinese state media accused the tech group of “hurting the feelings of the Chinese people” after Apple approved an app that allowed Hong Kong protesters to crowdsource real-time information on the location of police.
Outcome Apple removed the app, saying it broke local laws.

Mr Yao is now chairman of the Chinese Basketball Association and an estimated 300m Chinese citizens now play the sport. His success has for years been seen as an example of how the NBA can be an important bridge between the two nations.

Yet, even Mr Yao — a product of China’s state-run sports system — has made it clear that his allegiance lies with the Chinese leadership. The CBA was the first Chinese entity to halt ties with the Rockets following Mr Morey’s tweet.

“Without the government, I would not be who I am today,” Mr Yao told the FT in a 2013 interview.

Although the NBA did not issue the apology Beijing was seeking, that has not spared it from criticism at home from politicians accusing it of swapping “American values” for Chinese profits.

Eight members of Congress, including conservative Republican Ted Cruz and progressive Democrat Alexandria Ocasio-Cortez, signed an open letter to Mr Silver arguing that the NBA had “sold out an American citizen” by not being more strident in its defence of Mr Morey. They called on the league to suspend activities in China.

The NBA’s collectivised business model, where commercial income is mostly shared among all 30 franchises, makes the league particularly vulnerable to a backlash against one particular team or executive. 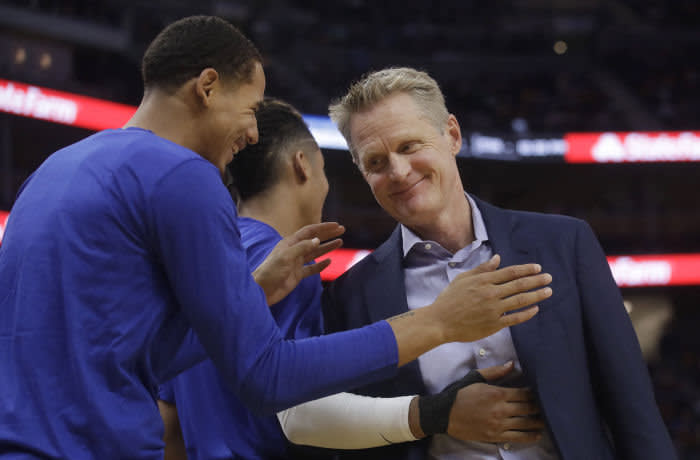 “Everyone is in it together,” says Rick Welts, president of Golden State Warriors, who have been NBA champions in three of the past five seasons. “Anything good that happens to the business accrues to the benefit of the teams. Anything bad that happens affects the teams.”

Mr Welts insisted the league will be able to weather the storm unleashed by Mr Morey’s tweet. “I’m hopeful this won’t be as big a story six months from now as it is today,” he says.

But the incident has made it near impossible for the NBA to keep international affairs out of its business.

A handful of pre-season matchgoers in the US were kicked out of NBA arenas this week after holding up banners and shouting slogans in support of Hong Kong protesters, drawing accusations that Chinese censorship was spreading beyond its borders.

The NBA’s initial rebuke of Mr Morey was in stark contrast with the way the league has positioned itself as the sports entity most willing to speak out on thorny issues. Players have openly protested against police brutality against black men in the US. This year Warriors coach Steve Kerr criticised what he called Mr Trump’s “racist tweets”, while the league’s star player, LeBron James of the Los Angeles Lakers, called the president a “bum” in a dispute on Twitter. 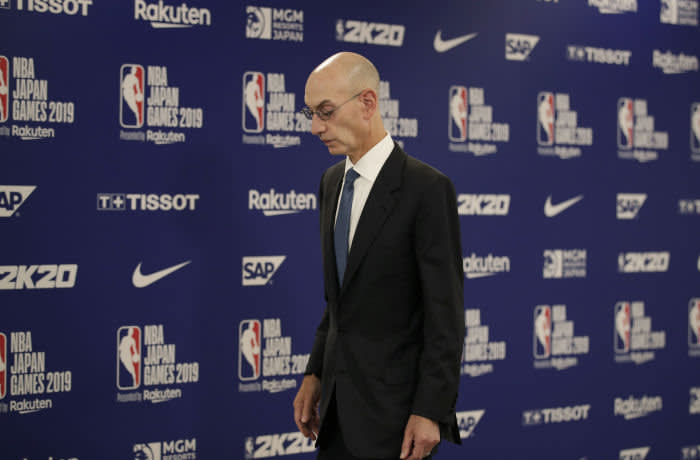 Asked about the NBA’s China backlash, Mr Trump criticised NBA coaches for “pandering” to China while talking “very badly” about the US.

Mr Silver, who has previously expressed pride in the leagues’ progressive credentials, said this week that people “will have different viewpoints” around the world and that “it is not the role of the NBA to adjudicate those differences”. However, he also said the league would not regulate what team officials say.

Pushback in the US is in part driven by growing concerns that Chinese censorship is rippling through American culture and society. Hollywood, in particular, has tiptoed around Beijing to ensure commercial success in China.

“China is really the hundred pound gorilla. If you want distribution there, you have to play the game. When is the last time you saw a Chinese villain in a movie?” says a senior executive at an independent film studio.

Tom Ara, a senior entertainment lawyer at DLA Piper and trustee of the US-Asia Institute, says China’s reaction to the tweet “puts a lot of important relationships in the hot seat”. He expects that the chief executives of Hollywood studios could be at risk were actors to speak out on the issue. “It’s probably only a matter of time before someone is going to get put to task for taking a side [on Hong Kong],” he says. 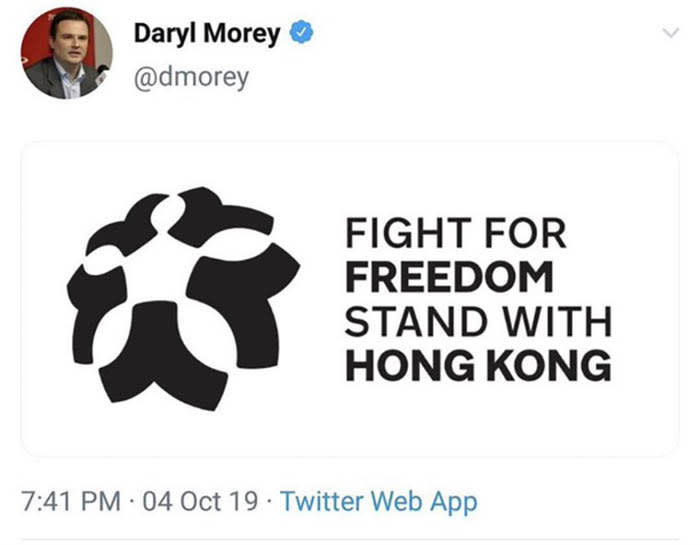 Simon Chadwick, a professor of sports enterprise at Salford Business School in the UK, says the furore shows that western sporting organisations with ambitions in China will be expected to behave in accordance with Beijing’s political sensitivities — or face being pushed out of the country altogether.

“Adam Silver is caught between a rock and a hard place: does he maintain American principles of freedom of speech, or commercial imperatives of his business and targeting one of the largest markets for basketball in China?” Mr Chadwick says.

“The inconvenient truth for sport is that it is joining the front lines of a global ideological war.”