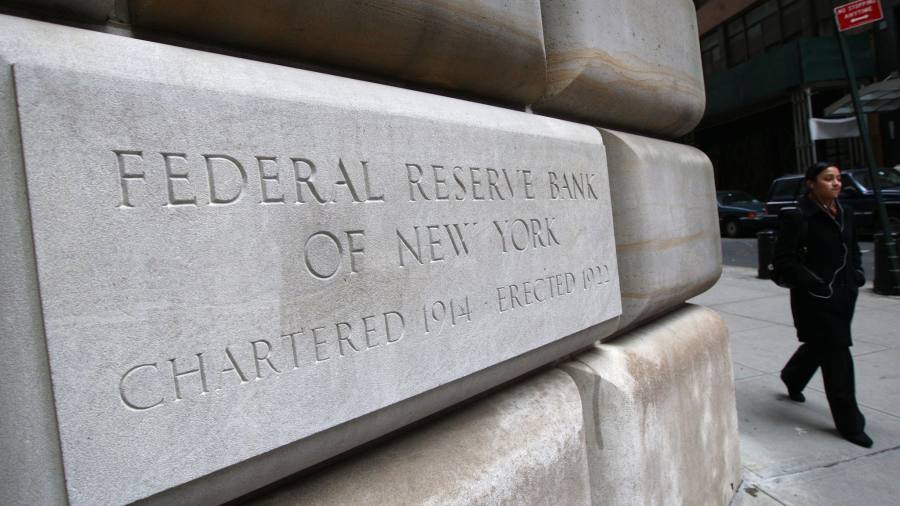 The Federal Reserve is poised to begin at least a six-month operation to buy about $60bn of Treasury bills per month, as the US central bank seeks to ease cash shortages that caused a recent spike in the overnight cost of borrowing.

The announcement on Friday sent three-month bill yields sharply lower, dropping from a high of 1.7 per cent to a low of 1.62 per cent. The size of the operation shocked Wall Street analysts who had expected the central bank to be more conservative.

“They are going for it,” said Ralph Axel, an interest rate strategist at Bank of America. “They are hitting this hard. I think it’s the right thing to do.”

The Federal Open Market Committee said it had instructed the New York Fed to begin buying short-dated Treasury bills at a rate of approximately $60bn per month, beginning next Tuesday and continuing through until the second quarter of next year.

The move is aimed at restoring the amount of reserves banks hold at the Fed to at least the levels seen early last month, before short-term lending markets suffered a sharp rise in borrowing costs as cash became scarce. When the Fed buys bills from banks, it pays for the purchase by crediting their reserve accounts.

Fed chair Jay Powell revealed plans to resume the “organic growth” of the central bank’s balance sheet earlier this week, implying that it would buy Treasuries in line with the growth of the central bank’s liabilities. But the planned purchases are well in excess of the growth in currency in circulation, which has increased at an average of $5.6bn per month since April.

“They are buying aggressively,” said Priya Misra, head of global rates strategy at TD Securities. “This is much more than organic — it is building a reserve buffer, which is a good thing.”

The Fed’s plans to buy short-dated bills, rather than longer-term Treasuries, is seen as an attempt to distance the new measures from quantitative easing — the crisis-era stimulus programme that the central bank used to lower long-term borrowing costs and boost the economy.

In its statement on Friday, the Fed said the current actions “are purely technical measures to support the effective implementation” of its interest-rate policy, and “do not represent a change” in its monetary stance.

The Fed also said it would extend its current operations lending cash in exchange for Treasuries and other high-quality collateral in the repo market, “to ensure that the supply of reserves remains ample even during periods of sharp increases in non-reserve liabilities, and to mitigate the risk of money market pressures that could adversely affect policy implementation.”

The New York Fed, which is responsible for implementing the central bank’s monetary policy, announced last week that it would continue to inject $75bn in overnight loans into the “repo” market every day through to November 4. In addition, it would conduct a series of term-repo operations — loans ranging from six to 15 days — to maintain an additional $140bn in the market until early November.

Banks typically step back from the repo market at quarter end. Analysts said that the extension of repo operations into 2020 should help soothe concerns over a repeat of September’s cash crunch.