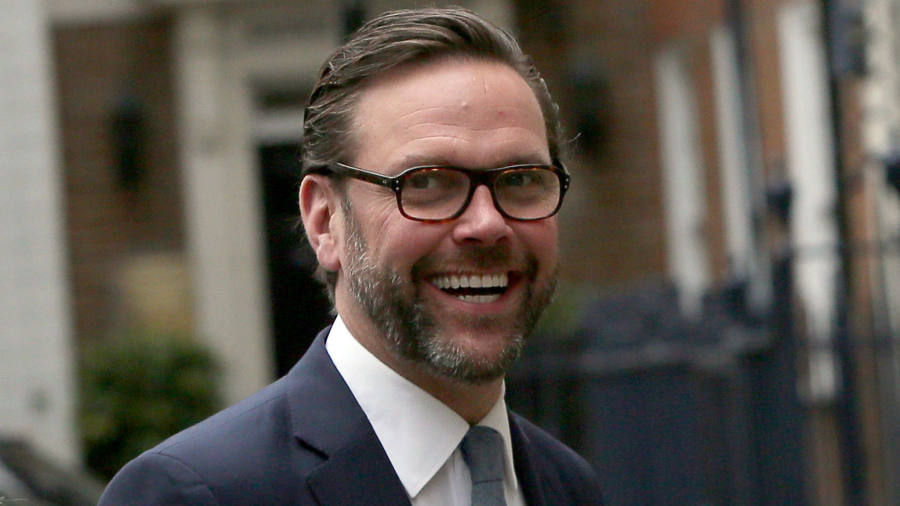 James Murdoch’s new holding company has agreed to buy a minority stake in Vice Media Group, according to people briefed on the deal, as the younger Murdoch son looks to make his own mark in media after the break-up of his family’s entertainment empire.

James Murdoch this year created Lupa Systems as an investment vehicle to assemble a new portfolio of media companies, using his $2bn in proceeds from the $71bn sale of most of the Murdoch family’s 21st Century Fox empire to Disney.

While the size of Lupa’s stake in Vice was unknown, two people briefed on the transaction said the Murdoch investment was small. The younger son of Rupert Murdoch has been on the board of Vice, a sprawling digital media group aimed at millennials, for several years.

The investment came alongside Vice’s mostly-stock acquisition of Refinery29, a lifestyle website aimed at young women, according to people familiar with the deal. Lupa Systems’ investment valued the newly combined Vice Media Group, including Refinery29, at about $4bn, these people said.

James Murdoch has been seeking to distance himself from the conservative outlets his father Rupert controls, according to people with knowledge of his plans.

Rupert Murdoch’s six children each received about $2bn from the sale of his entertainment businesses to Disney. James Murdoch set up Lupa with the intention of investing his proceeds, according to people briefed on his thinking. Earlier this year, Lupa acquired stakes in a comic book publisher and the Tribeca Film Festival.

James Murdoch has a history with Vice, which has struggled in recent years after initially storming the media scene with its edgy videos and online content that attracted scores of previously unreachable young consumers. Its journalistic high point came with the production of a video documenting the 2017 far-right rally in Charlottesville, Virginia.

The Murdochs’ 21st Century Fox invested in Vice back in 2013, funding Vice’s push into Asia through Fox’s Star India TV network, which James helped manage. He is also a friend of Jesse Angelo, the former New York Post publisher who joined Vice this summer as head of its news and entertainment business.

Vice’s valuation has been a source of scrutiny. The company was valued as high as $5.7bn by the private equity group TPG in 2017, but this year Disney wrote off its entire Vice stake. Peers in digital media have seen their valuations slashed as the online media sector has struggled to find a sustainable business model to match its ambitions.