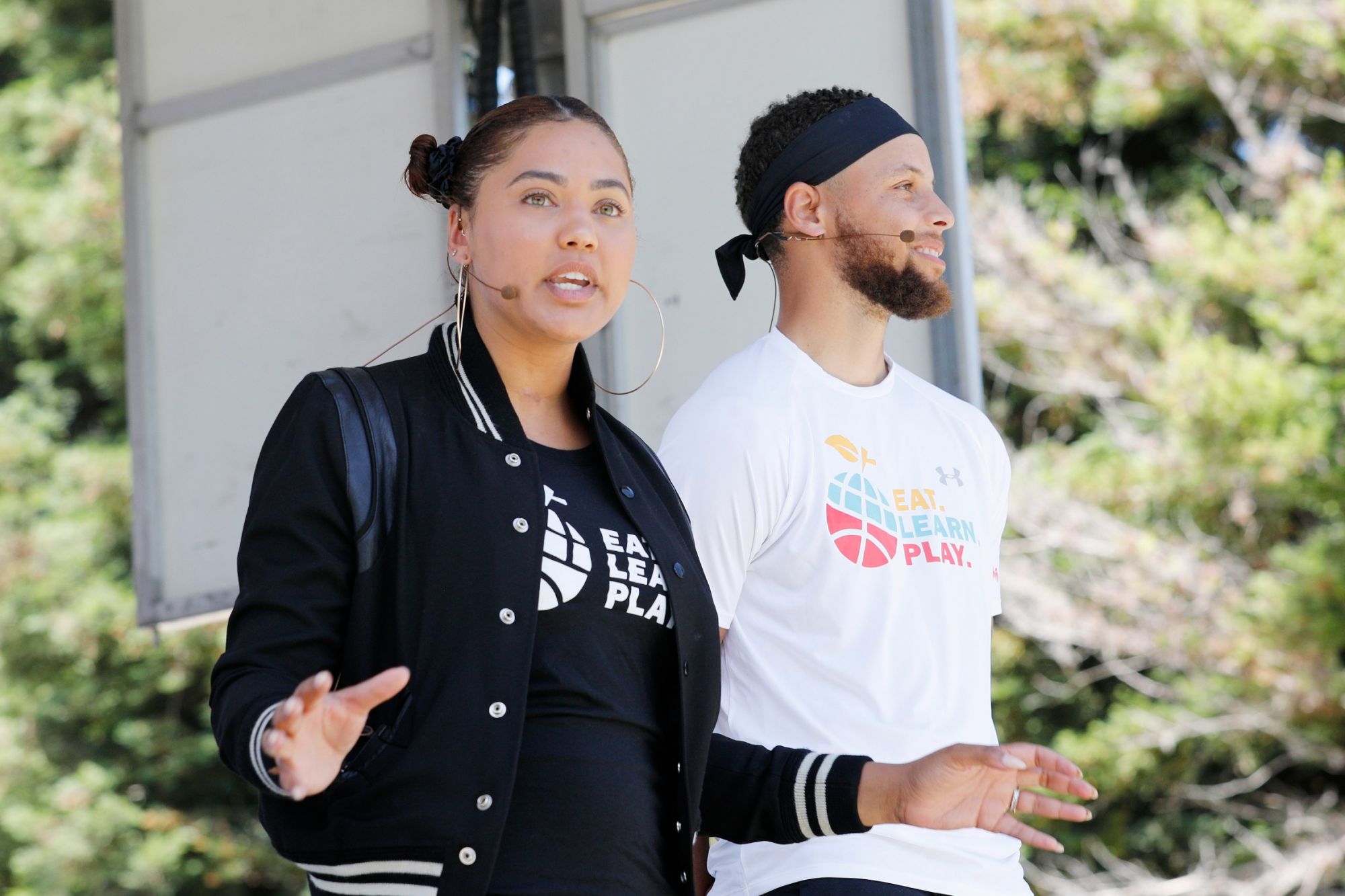 This wife of an NBA All-Star is a superstar entrepreneur in her own right.

It may surprise you to learn that Ayesha Curry, wife of Golden State Warriors basketball superstar Stephen Curry, keeps just as grueling a schedule as her husband. She works on an impressive number of entrepreneurial projects in addition to raising three kids. She’ll soon release her second cookbook, manages four (soon to be five) International Smoke restaurants, regularly appears on TV shows like Rachel Ray and Ellen and, together with Steph, she recently launched nonprofit Eat.Learn.Play., which aims, as Ayesha puts it, “end childhood hunger [and] ensure that every child has access to universal education… and safe spaces to play and be active.” Since July of this year, they’ve provided 25,000 breakfasts for Oakland-area kids, as well as scholarships for children to attend summer camps.

I recently had the chance to chat with Curry, and we discussed how she handles it all. Here are four of her most helpful tips for managing multiple projects at once.

Related: Stephen Curry Takes a Shot at His Own ‘Slyce’ of Social Media

Curry uses and maintains a physical journal and day-planner.  “It may sound simple and silly,” she acknowledges, “but it really does make a difference when it comes to embedding exactly what it is you need to get done in your head.” Although she says she uses her iPhone initially if needed, she’ll always transfer that information to a physical place for future reference. Keep in mind, research shows that the act of handwriting helps you retain information more effectively.

With so much going on at any given moment, Curry has come to appreciate what it means to devote her full attention to a single task. “Oftentimes, everybody’s trying to do a million things at once,” she begins. “I personally feel like at the end of the day, you find that you’ve gotten nothing done because you’re trying to have your hands in so many different things.”

Instead, she works in chunks, designating an hour after she puts her son down for a nap to go through emails. Then, she spends an hour making or returning phone calls and another hour on recipe-development. It’s “one of those things that’s so simple, but you often forget to do it,” she says.

While traveling, she says, “You end up with these 15-hour days for three days [straight], and then the rest is history for the next two weeks because you’re under the weather or you just can’t get it together. I was a chicken with my head cut off, running around trying to get it all done and figure it out.”

Living that way is not only miserable, but it leads to a lower quality of output. As Curry notes, “What I realized was I wasn’t being fair to myself, and I also wasn’t being fair to the people that were setting aside their time when it came to my business and my work.”

It’s human nature to want to believe that we have infinite amounts of energy, but Curry’s learned to become patient with herself and make sure she’s able to show up fully present for each meeting or activity.

4. Delegate where you can.

Curry says, “Something in general that I’ve had to learn is that I tend to micromanage, and I’m getting to the point now where I’m like, ‘It’s okay to delegate because everybody around me is going to appreciate it, and the job’s going to get done a hundred times better than me trying to do it all by myself.’”

She uses tools like GoDaddy to help with her website and delegates tasks like SEO, analytics, content and marketing. Delegating lets her focus on what she excels at while others tackle the things they’re able to handle more efficiently. It also cuts down on the overall amount of work she has to do herself. Although it can be tough to let go of a tendency towards micromanagement, doing so can work wonders for your productivity.