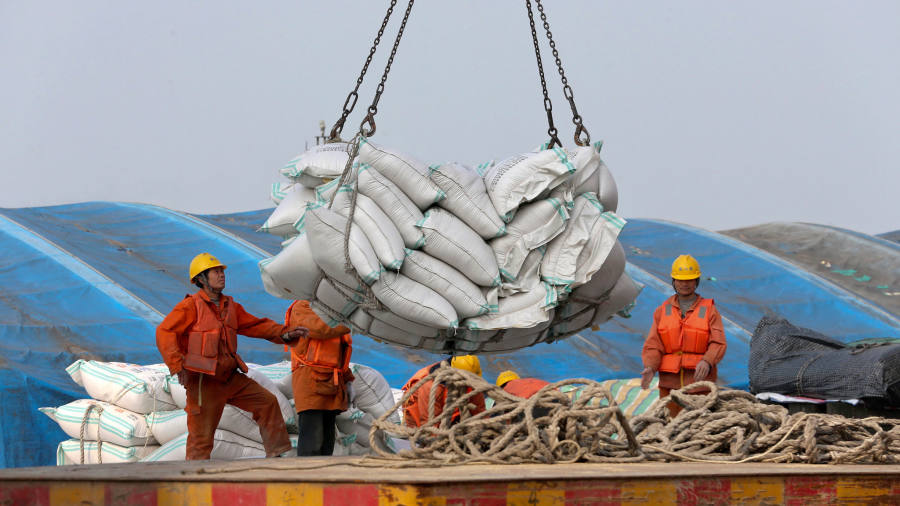 Chinese officials are offering to increase purchases of US agricultural products as they seek an interim agreement between Beijing and Washington that will stave off a new round of tariff hikes on October 15, according to people briefed on the two countries’ ongoing negotiations.

China’s lead trade negotiator, Vice Premier Liu He, is scheduled to begin two days of talks with US Trade Representative Robert Lighthizer and Treasury Secretary Steven Mnuchin on Thursday, followed by a meeting with President Donald Trump on Friday if the discussions go well.

“Liu He is coming with real offers, it’s not an empty visit,” said one of the people briefed on the talks. “The Chinese are ready to de-escalate.”

Both sides hope to avoid another round of tariff hikes and counter-hikes scheduled to take effect on October 15. They want to “reset” the troubled talks ahead of a potential November meeting between Mr Trump and his Chinese counterpart, Xi Jinping, at the annual summit of Asia Pacific Economic Conference leaders in Chile in mid-November.

Despite US sanctions announced this week against Chinese companies and officials allegedly involved in human rights abuses in Xinjiang, Mr Liu’s team is offering to boost annual purchases of soy beans to 30m tonnes compared with 20m at present. The extra purchases would be equivalent to about $3.25bn of orders at current rates.

China would also make a raft of changes to non-tariff barriers that have long frustrated the US Department of Agriculture and American farmers.

“China has fundamentally agreed to all of the USDA’s demands on beef, pork and lamb,” a second person said. “They’ve got about 60 internal changes to their [import] process that they’ve agreed to.”

“They’re taking great note of how [Trump’s] new Japan [trade] deal . . . led with agriculture and they are pushing in that same direction,” the person added.

Chinese negotiators hope their agriculture-related concessions, combined with previously announced market opening measures in areas such as financial services, will provide the basis for a similar interim agreement with the US.

“This would be a good time for any deal,” said Eswar Prasad, a China finance expert at Cornell University and former head of the IMF’s China division. “Both governments are under domestic political duress and each side could plausibly characterise even a modest deal as a win that helps to ease some of those pressures.”

US negotiators, however, want the Chinese government to hasten a proposed timetable for liberalising its financial sector, with immediate market openings rather than staggered implementation over a number of years.

* This article has been corrected to state that Mr Liu’s team is offering to boost annual purchases of soy beans to 30m tonnes compared with 20m at present, rather than increasing spending from $20bn to $30bn on agricultural goods.