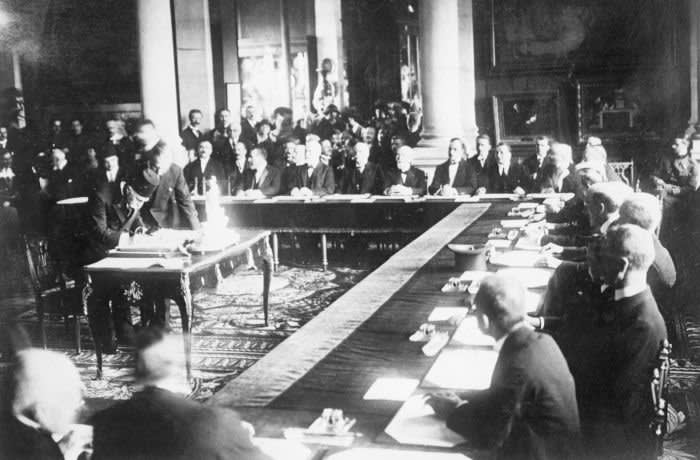 The Treaty of Sèvres is signed in 1920, authorising the break-up of the Ottoman empire and promising a state to the Kurds © Bettmann Archive/Getty

The Kurds are promised their own land under the Treaty of Sèvres, one of the treaties that ends the first world war and dismantles the Ottoman empire. But the pledge made by Britain, France and the US to the Kurds goes unfulfilled, and national borders are drawn across the hoped-for region of Greater Kurdistan.

This does not kill off the dream of Kurdish nationalism, and the rest of the century will be marked by revolts and uprisings by Kurdish tribal leaders against the nation states that oppose their demand for self-rule and try to suppress Kurdish identity.

The Turkish republic is founded by Mustafa Kemal Ataturk after a war of independence, with a Turkish-centric, centralised state that faces uprisings from Kurdish tribes. These are quashed with military force. Later, policies repressing Kurdish rights and identity are put in place, with Kurdish languages banned and Kurds forced to “Turkify” their names, as well as the names of towns and villages.

The Soviet Union, which occupies Iran alongside the Allies and is trying to annex the country’s north-west, encourages Kurdish nationalism and the establishment of a self-ruling mini-state that claims autonomy from Iran called the Republic of Mahabad. The shortlived republic is destroyed when the Soviets pull out 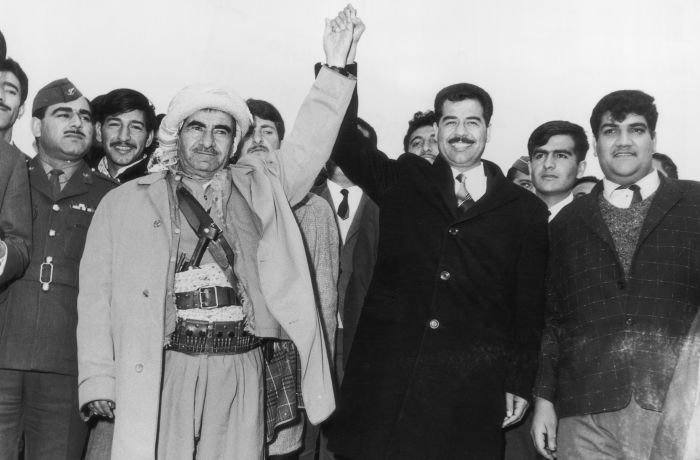 Mustafa Barzani, Kurdish leader, with Saddam Hussein, right, in the Kurdish city of Erbil, in 1970 © Getty

Tribal leader Mustafa Barzani, who had fought for the Mahabad Republic, returns to his homeland in northern Iraq to lead an uprising for an autonomous Kurdish nation. This starts a war against the Iraqi state that lasts until 1970.

A fifth of Syrian Kurds in the largely Kurdish north-east region are stripped of Syrian nationality, barring them from employment, education, civil property rights and political representation. Many lose their land, which the state hands to Arab and Assyrian settlers. 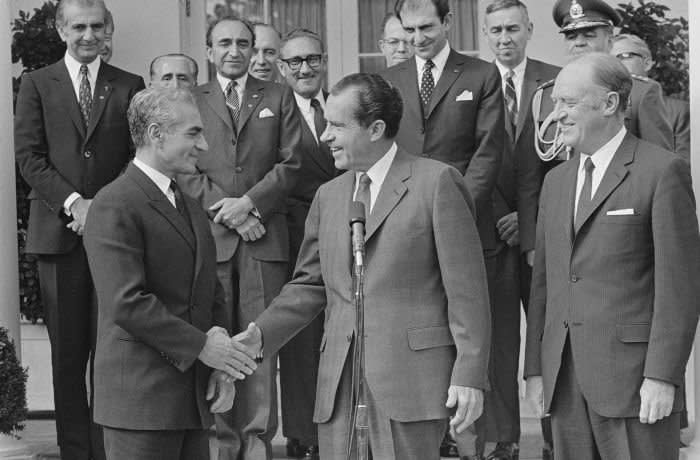 Iran’s Shah asks Richard Nixon, US president, to help him support Mr Barzani’s uprising against the Iraqi state. Iraq is Soviet-aligned, and Mr Nixon agrees to begin supplying the Kurds with weapons. In 1975, however, the Shah makes a deal with Iraq, cutting out the Kurds and causing their abandonment by the Americans. 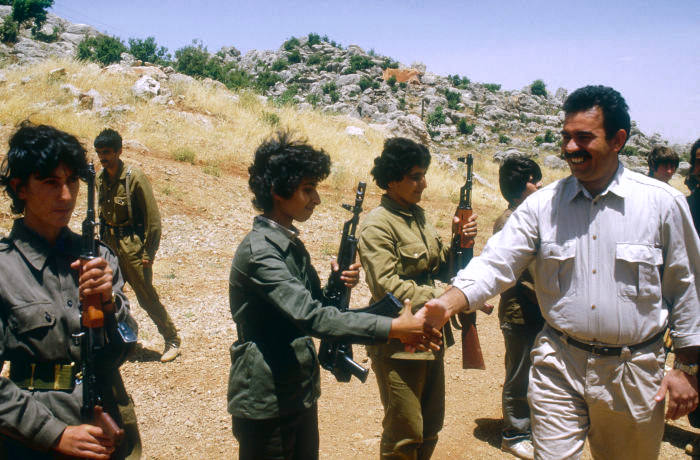 Abdullah Ocalan, the PKK’s leader, greets soldiers at a training camp in Lebanon, in pursuit of his violent struggle for Kurdish independence © Maher Attar/Getty

The Kurdistan Workers’ party (PKK), a radical militant group, is founded by Abdullah Ocalan, a Turkish Kurd, with the aim of creating an independent Kurdish state through violent means.

The PKK uses Kurdish northern Iraq as a base for a guerrilla war against Turkey, which continues on and off for the next four decades. The PKK commits terrorist atrocities, while Turkey arrests and imprisons politically active Kurds. 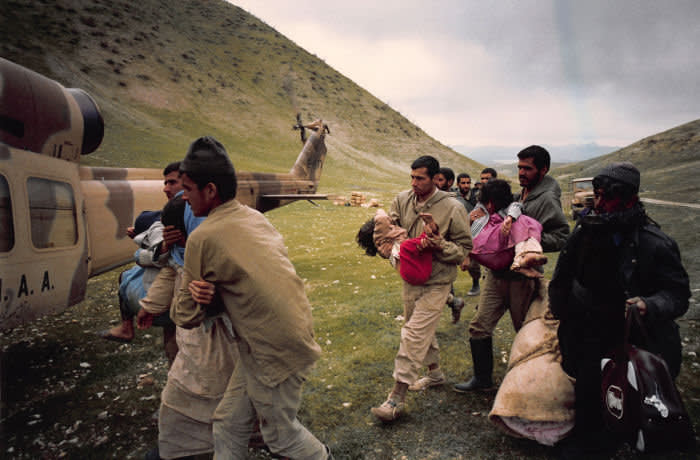 Kurds are evacuated from Halabja, in Iraq, after chemical gas attacks were ordered by Saddam Hussein in 1988 © Gamma-Rapho/Getty

In the closing days of the Iran-Iraq war, Saddam Hussein, the Ba’athist dictator, launches a genocidal campaign against Iraqi Kurds, culminating in a chemical attack on the Kurdish town of Halabja. It kills up to 5,000 people in a single day.