In May, I sat down with Bill Gates, co-chair of the Bill and Melinda Gates Foundation to talk about his work fighting polio. In our discussion, I asked him about his superpowers. This is what he told me:

Well, if I have one, it has something to do with optimism about scientific innovation and being able to gather teams of people…

And so my experience at Microsoft was assembling teams of engineers and understanding what was on track/off track, being patient for things that in that case usually took five or six years. In the world of medicine, unfortunately, it’s like 10 years. The HIV vaccine—between when people started working on it and when we’ll finally have one—that will have been almost 25 years. So the patience required, the need to have multiple strategies, so it’s there in pushing for innovations.

And then directing the resources that I’m lucky enough to have both through Microsoft and that Warren Buffett has made available. Thank goodness it’s allowed us to be ambitious, including the scale we’re at on polio. Warren was just in Seattle this week and I was saying to him, “Hey, Pakistan—a few setbacks.” And he said, “You gotta keep going. You know, it’s great that you’re doing this.” 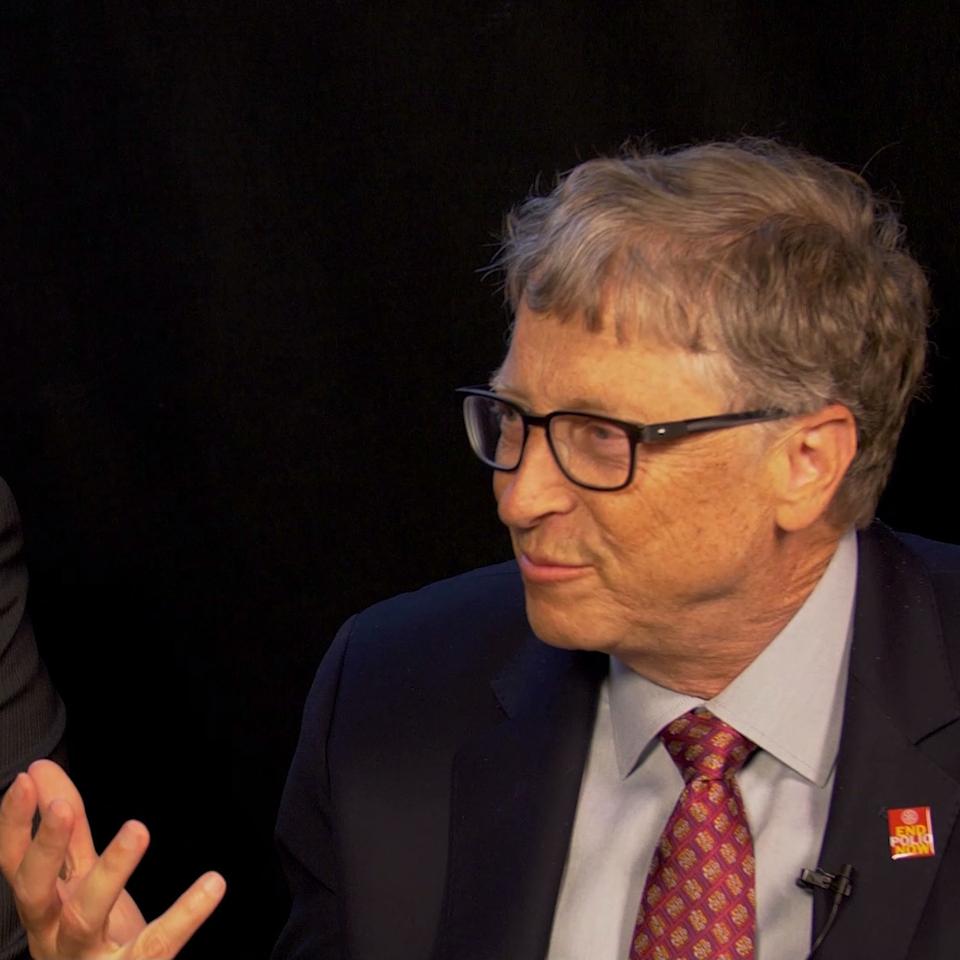 What Bill Gates is doing with his optimism, team-building and resources.

The Bill and Melinda Gates Foundation is the largest private foundation in the world. For years, its largest funding commitment has been to the eradication of polio. With just 32 cases in the world in 2018, the goal is now in sight. While 2019 is likely to be a challenging year for polio fighters, there is little doubt that eradication will one day soon be achieved.

The Foundation funds a variety of other health initiatives internationally, many built around the cost-effective delivery of vaccines. By guaranteeing large order quantities, the Foundation ensures that they can be produced at low unit volumes. When countries order vaccines by the millions, even a few pennies per dose add up.

Gates himself is personally engaged with this work. He was the driving force behind investments in a new polio vaccine in 2012 when many people thought it would be impossible to develop a vaccine before the disease was eradicated. With the challenges of eradication fully evident in 2019 and approval of the new vaccine likely in the same year, that investment is proving to be prescient.

How you can develop optimism, team-building skills and resources.

Entrepreneurs often appear to be delusionally optimistic, seeming to see an empty glass as full. Over the years, I’ve learned that this isn’t because they are delusional, it’s because they know where to get the water. Where the rest of the world may see a problem, entrepreneurs see opportunity. You can develop this skill simply by putting more energy into solutions than you put into worrying about your problems.

Team-building is a learned skill. Attracting great talent and getting the best from it isn’t easy or it wouldn’t be a superpower. But it is something you can learn. Hands on leadership experience will allow you to flex that muscle. If your work isn’t providing that experience, try volunteering with a nonprofit regularly and see if you don’t find yourself leading a planning committee or serving on a board where you can begin practicing those skills.

While the resources of the Gates Foundation are unparalleled, don’t underestimate the influence of your personal wealth—however modest it may be. Your wealth can be your superpower, too. Follow Gates’s example and pair your time with your money. You may not be able to give as much time and we can agree, I’m sure, that you can’t give as much money. When you pair your available time with your available money, you’ll be surprised at what you can do. Even a few thousand dollars a year paired with a few hours per week of volunteer work will quickly have you counted among a nonprofit’s most valued supporters.

You can read my earlier report and watch the full interview here.