In 1933, Joseph Goebbels stated that, “The modern structure of the German State is a higher form of democracy in which, by virtue of the people’s mandate, the government is exercised authoritatively while there is no possibility for parliamentary interference, to obliterate and render ineffective the execution of the nation’s will.” It is a measure of how far the UK has fallen that Boris Johnson, the prime minister, often sounds rather like this.

Mr Johnson sought to prevent “parliamentary interference” in Brexit negotiations, by proroguing (or suspending) it for five crucial weeks. He dissented from the Supreme Court’s unanimous decision that this was unlawful. He has suggested he could ignore the Benn Act requiring him to seek an extension to the Article 50 deadline, should he not achieve a deal. He condemned this legislation as the “surrender act”. Worst of all, he plans to frame the next election as a battle of “people versus parliament”.

How did the UK reach a position in which its prime minister regards parliament as an obstacle to be ignored? The simple answer is that it decided to insert a particularly ill-considered referendum on an exceptionally contentious subject into a parliamentary system. This created conflicting sources of legitimacy. Worse, the meaning of the option that won a small majority in that referendum was ill-defined. “Brexit means Brexit” is perhaps the silliest sentence ever uttered by a British prime minister. But it was also all that could be said.

Contrary to what Brexiters insist, parliamentary involvement is not an unwarranted intrusion. Any referendum requires legislation. This one also required negotiation and agreement. Alas, no majority exists for any option for a deal with the EU. Brexiters are as much to blame for this as Remainers.

Consequently, “no deal” has emerged as the fallback position. But the Leave campaign said essentially nothing about a no-deal exit. There is no mandate for what every informed observer, including the civil service, knows would be a disruptive and costly result. It would also be just the beginning of negotiations, not their end. But those talks would occur in worse circumstances. There would be pervasive economic uncertainty. This would be a mad choice. Governments exist to help their countries, not harm them deliberately. 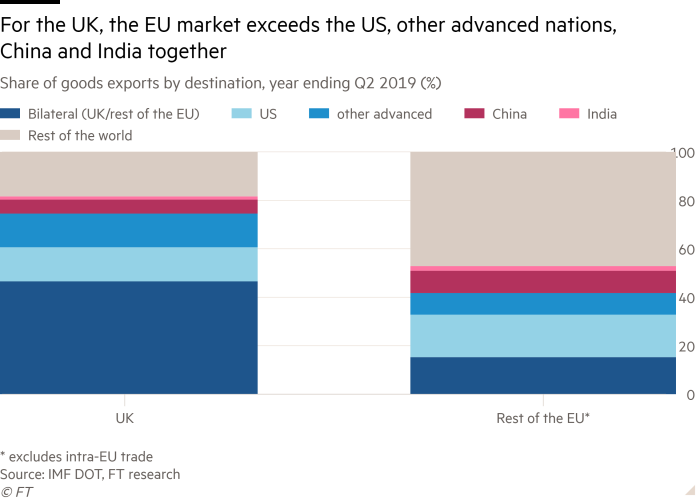 Among the most important reasons for this outcome is the refusal, especially on the Brexit side, to try to understand the EU. They needed to comprehend that the EU is an existential project for its members, not just a trade deal. Application of European law, under the European Court of Justice, is a central part of that project. The EU, with 27 remaining members, was also sure to be an inflexible counterparty.

What next? The government’s Heath Robinson-esque plan, in which Northern Ireland is to be inside the EU’s regulatory system for goods but not its customs area, will be rejected as leaky, legally unenforceable and incompatible with border-free trade in Ireland. It also represents a rejection of the UK’s 2017 commitments on the Irish border. This is sure to have further weakened trust in Britain’s reliability. Remember, too, that the EU has long land borders. It will not allow the precedent of intentionally porous borders. 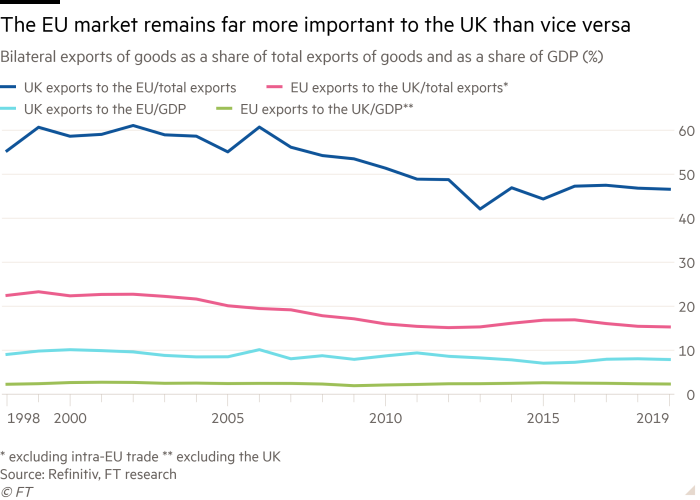 Some believe this plan ought to fly with the EU. It will not. If Northern Ireland were inside the EU’s customs area, too, it could work. But, if the rest of the UK is to have its own trade and regulatory policies, this would make the Irish Sea the UK’s customs and regulatory border with the EU. That would be unacceptable to the Democratic Unionist party and the Conservatives. It might reignite violence in Northern Ireland.

So what happens if no deal can be agreed before October 31?

One question is whether the EU agrees to another extension when the British government clearly does not want one. Assume that it does, but only with conditions. What might those be?

One possibility would be to try to ratify Theresa May’s withdrawal agreement. That would allow the UK and the EU to move on to negotiating a new relationship. This would also mean a compromise between Brexiters and Remainers, itself highly desirable. But it seems impossible. For Remainers, it is too little; for Brexiters, it is too much. Remainers want to stay in the EU. Brexiters reject the Irish backstop that would keep the UK in the EU’s customs area and restrict its trade policy indefinitely. 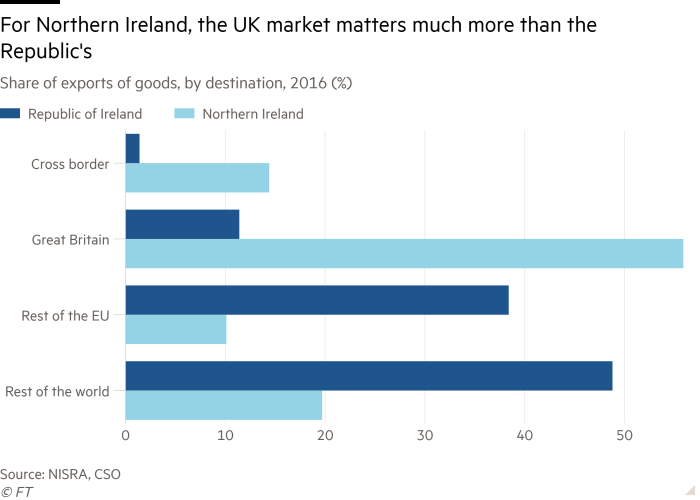 A second possibility is another referendum, probably on a choice between no deal and Remain. Such a vote should be legitimate since no deal played so little part in the referendum. But it would require creation of a caretaker government. That would be hard enough to do. It might also be impossible to agree a question and then carry out a referendum, without large-scale violence. To me, another referendum is the least bad option. But it creates great risks.

Finally, there could be an early general election. A drawback is that this would involve many issues apart from Brexit and might lead to another hung parliament. With Mr Johnson campaigning against parliament, it could have dire consequences in both the short and long runs. But it might resolve the Brexit issue, temporarily.

Yet the issue now is not just Brexit. It is far deeper. The Conservative party has become an English nationalist party, busily stoking populist resentment. Meanwhile, the hard left has seized the Labour party. The curse of extremist politics has only just begun.

Once people see opponents as “traitors” to an imaginary “people”, demons of hatred are unleashed. Brexit awoke those demons. Mr Johnson, aided by Nigel Farage and his Brexit party, will seek to win by freeing them. They are sure to wreak havoc for a very long time. 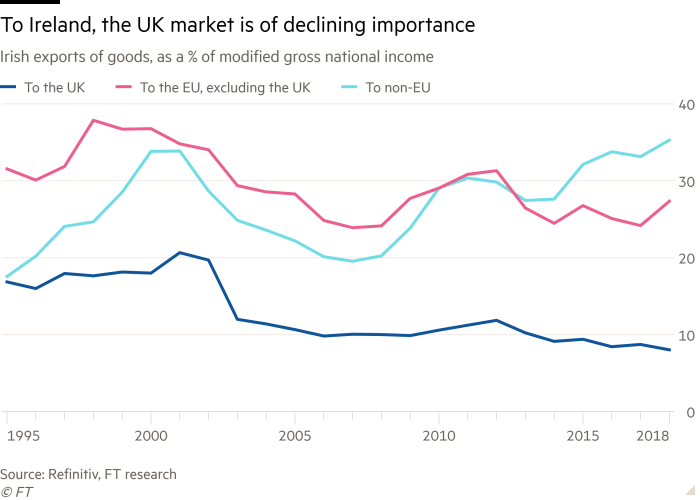