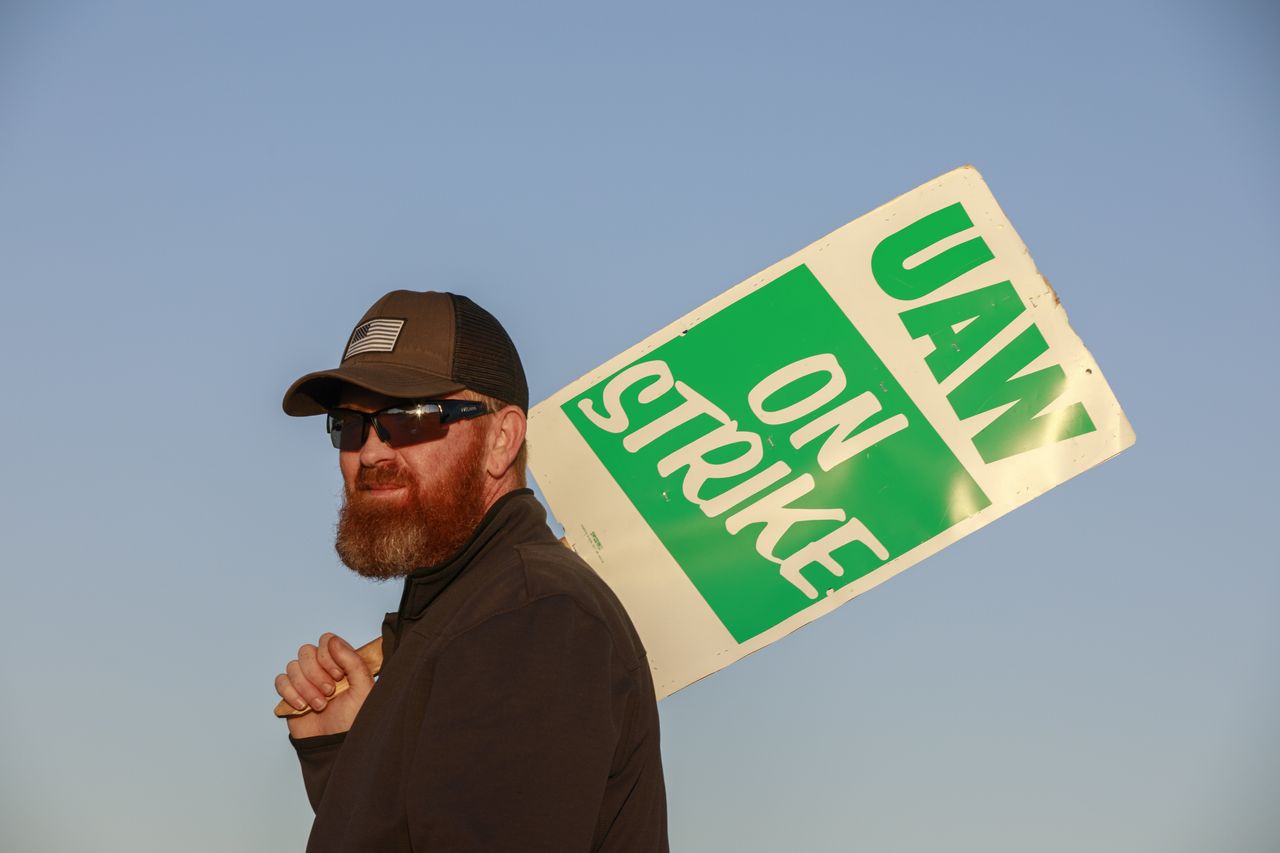 This is another big week for the economy. Fed Chairman Jerome Powell delivers a much-anticipated speech, the central bank publishes minutes from its last meeting, we get key inflation data, U.S.-China trade talks resume, and we’ll see how consumers are feeling about the economy. Let’s get started.

Something to Talk About

High-level U.S.-China trade talks are set for Thursday and Friday in Washington. One new element in the mix: impeachment. The House probe into President Trump’s conduct could put new pressure on the White House to seek a limited agreement as a means of shoring up political support. China, meanwhile, might be even less inclined to cut a deal if it determines Mr. Trump is politically vulnerable, William Mauldin and Chao Deng report.

The United Auto Workers rejected the latest offer from General Motors. The UAW’s top bargainer for GM said Sunday that talks had taken “a turn for the worse,” Nora Naughton and Mike Colias report.

The Federal Reserve fixed the recent dysfunction in an obscure but critical lending market. Now it has to decide how to prevent it from recurring. Fed policy makers set their benchmark federal-funds rate to influence a suite of short-term rates at which banks lend to each other overnight, including in the “repo” market for collateralized short-term loans. A sudden shortage of cash in this market cause repo rates to surge on Sept. 16 and 17, prompting the Fed to inject billions of dollars of cash to pull rates down to their target range. Among the decisions for policy makers: when and how to resume increasing the size of their asset portfolio—often referred to as the balance sheet—and whether to create new tools to reduce money market volatility, Nick Timiraos reports.

What Are Fed Officials Saying About a Rate Cut?

The Federal Reserve has cut its benchmark interest rate twice this year to shore up economic growth. Is the next policy meeting, Oct. 29-30, time for a third?

Maybe. “I still have an open mind. We still have more data between now and when the meeting actually occurs.” —Boston Fed President Eric Rosengren

Maybe. “I don’t have to say and in fact I won’t say today, because I think it’s really important we look at the incoming economic information.” —Cleveland Fed President Loretta Mester

No. “With moderate growth, record-low unemployment and a benign inflation outlook, maintaining an unchanged setting for policy would have been appropriate, in my view.” —Kansas City Fed President Esther George

The most important speech this week comes from Fed Chairman Jerome Powell. He’s up Tuesday at the National Association for Business Economics annual conference.

Don’t Give Up the Ship

Erie, Pa., is a manufacturing city that lost most of its manufacturing jobs. Since 1960, it’s shed 30% of its population. Nearly 27% of its residents live below the federal poverty level. Now, the city presents a new test of whether—and how—a town built on manufacturing can redefine itself, the role a city’s largest employer can play and the potential impact of the new federal opportunity zone program, which provides tax benefits for those who invest capital gains in low-income areas, Ruth Simon and Kris Maher write.

You know who would really like the U.S. and China to reach a trade deal? Germany. German manufacturing orders declined by 0.6% on the month, official data showed Monday. The U.S.-China trade war has weighed on Germany’s manufacturing and export-heavy economy throughout the year. But the latest figures also showed that domestic demand had weakened, falling 2.6%.

A news item and chart in Friday’s jobs day edition of this newsletter incorrectly calculated the relationship between GDP growth and unemployment. Potential growth is about 1.6%, not 1.8%, according to Okun’s law, a rule of thumb based on GDP and unemployment. That’s at the low end of mainstream estimates. Here is a corrected chart.

The rich really do pay lower taxes than you. “For the first time on record, the 400 wealthiest Americans last year paid a lower total tax rate—spanning federal, state and local taxes—than any other income group, according to newly released data. That’s a sharp change from the 1950s and 1960s, when the wealthy paid vastly higher tax rates than the middle class or poor,” David Leonhardt writes in the New York Times.