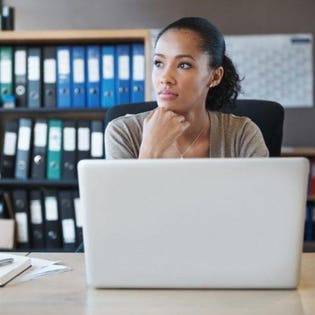 A tiger trap is just what it sounds like: an effective way to strip a very powerful being of its strength and mobility. The fiercest of you out there — with your confidence, in your tiger stripes, going about your workday — probably encounter very real tiger traps that are designed to reduce your visibility and defuse your power.

It’s a vast overstatement to claim that awareness is enough to dissolve gender inequality in the workplace. But if you’re a woman, whether new to the workforce or a 40-year veteran of these challenges, you may find (as I did) that not only is awareness a great place to start, but awareness of the challenges can be contagious. Here are five of the most common tiger traps for women in the workplace, along with tips for sidestepping them.

Women are sometimes disproportionately burdened with administrative office tasks like taking meeting minutes and ordering meals. While sometimes without malintent, slanting the woman’s role toward tasks of lesser value can mean being overlooked for promotions and more strategic and higher-order tasks.

Sidestep No.1: Use your tiger finesse to dodge an inappropriate amount of office housework, being cautious not to paint yourself in too negative a light. Unfair as it is, turning down requests to complete office housework can cause an unintended backlash.

A double bind is a situation in which a person is given two choices, both with negative consequences. For instance, after having a child, a woman may need to decide whether to stay at home or be a working mom.  Staying at home for an extended period of time can mean a drop in earning potential of more than 30% for women. Meanwhile, working moms face extreme pressure to be present for the family’s emotional and logistical support. That’s a double bind that’s not easy to reconcile.

Sidestep No 2: Expect equality. It may sound simple enough, but calling out bias in the workplace requires courage. Some research suggests that women who are both assertive and passive, in combination with each other and in the right contexts, can be more successful in business than those with a less nuanced approach. But it has to be called out that in an ideal world, women would not need to act more masculine in order to be successful.

Sidestep No. 3: Work toward not second-guessing your tiger stripes. Set reasonable goals, and don’t move the goalposts at the end of a project. Celebrate your success, and don’t dwell on your shortcomings.

Negotiation And The Wage Gap

One of the most effective weapons against gender inequality issues is simply awareness that they exist and knowledge of how they manifest themselves. One of the more frustrating manifestations, in my opinion, is the differing likability standards that exist between men and women who behave very similarly in workplace situations.

When men negotiate, for instance, their likability is often unchanged or even increases thanks to the assumption that a more confident man is a more successful man, and a more successful man is a more likable man. When women negotiate, on the other hand, their likability can decrease due to the perception that women who negotiate are pushy and difficult. Again, unfair as it is, women must enter into a negotiation with enough finesse to balance confidence with passivity — which is not an easy task — and potentially be willing to risk their reputations in the process.

Sidestep No. 4: Maintain an awareness of the current state of gender equality, whether in general or within your particular organization, and don’t be afraid to negotiate away the wage gap. You can argue that an organization that doesn’t recognize your worth may not be worth your talents.

In 2018, The Economist ranked countries based on how supportive they are of working women. The magazine used 10 indicators including education level, paternity rights, board representation, representation in government and others to evaluate how favorable the climate is for professional women. The United States ranked 19 out of the 29 countries assessed. The concept of the glass ceiling is a challenging one. Are women overlooked for promotions into senior and C-level positions at a greater rate than men? Certainly. Do some women self-select out of positions that are more demanding and take time away from work to care for children or aging parents? Certainly.

Sidestep No. 5: This is more of a step up than a sidestep. Take time to reflect on where you’d like your career to lead. Think about 5 or 10 years from now, and seek mentorship from colleagues who can guide your choices to wherever you want your ceiling to be.

Women in business are often tigers — and they often have to be tigers with enough finesse, awareness and skill to sidestep tiger traps that are designed to create an uphill professional battle for women. As a woman business leader and a mother to daughters, I consider gender equality to be top of mind. I cheer for my wife as she stands up for female colleagues. I mentor my staff about my experiences with boys’ clubs. I coach my kids with affirmations on their own equality at every opportunity. Challenges facing women in the workplace today are pervasive, but not, I prefer to think, insurmountable. With diligence, skill-building and awareness, women can be better prepared to avoid tiger traps in the workplace.