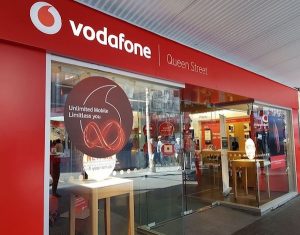 One area that is still virgin and has not been invested fully is in the telecommunications industry. Although it has been difficult for various multinational telecom companies to do acquisition in Iraq, this industry has been enormously growing.

An investor is someone who sails in the waves of the market and is knowledgeable about where next to put their money. Taking risks has always been the character of a successful investor. One strategy that most top investors applied is “fear when every investor is greedy, be greedy when everyone is exiting the market.” The telecommunication industry is one of the greatest avenues for investment.

Most of the telecommunications companies we are going to list below have a market value of over $50 billion. This industry continues to expand its wings across every part of the world meeting the demands of every increasing communication needs. If you are to invest profitably any of the companies we will list below, you will need to have a genuine broker. So which are these companies to keep an investment eye on?

CHL which is currently the leading telecommunication company in China happens to have the highest number of subscribers across China. By January 2019, it had over 925 million subscribers/customers, a sure sign that it is still stable and worth your investment.

Surprisingly, it is the top telecommunication company across the world. This gives it the ability to control this industry effectively and so are its stocks and shares. By February 2019, the market value of this firm was $217.5 billion. That is great enough to keep it stable through the year.

This happens to be one of the largest telecommunication companies in the United States. As of February 2019, it had a market value of $221.39 billion. The company has been in operation since the year 2000 with its headquarters in New York City.

The company was formed as a result of a merger between Bell Atlantic Corp. And GTE Corp. It completed the AOL acquisition in 2015. It is now operating in more than 150 countries across the globe.

This happens to be the 2nd largest telecommunications company across the United States. By February 2019, the company had a market value of over $211.688 billion. It has expanded its wings even in internet connection where it has over 34,000 Wi-Fi hotspots.

It covers over 200 countries and serves over 355 million people. In 2017, it expanded its internet connection to cover around 56 metropolitan locations in the US serving them with GigaPower, which is very fast.

It has been having various acquisitions in the past years where it acquired BellSouth in 2006 and DirectTV in mid-2015. It has been one of the greatest telecommunication companies in the industry to cater to its customers satisfactorily. Hence it is a great choice for investment.

VOD with its headquarters in the UK and servicing over 500 million customers by 2018, is another great multinational telecom company that you can invest in. As of February 2019, this company had a market value of $48.39 billion which is relatively great. Its consistency in its acquisitions is a great sign that it is building its foundation into a more bright future.

Vodafone has acquired Kabel Deutschland, Ono, and Cable & Wireless Worldwide. It is currently serving over 26 countries making it one of the most valuable brands in the United Kingdom.

With its headquarters in Paris France, Orange SA has been in the telecommunication industry for over 31 years. Previously, this brand was known as France Telecom S.A. This company serves over 256 million customers all over the globe with over 160,000 employees. By the close of 2018 financial year, it had an operating income of 4.829 billion Euros and a net income of 2.158 billion Euros.

For now, these are the best 5 telecommunication companies that you can invest in and receive tangible benefits over time. It is good to note that their positions and market value will keep on changing after every season depending on various factors. Therefore, as an investor keep yourself updated with the most current information and news. Investing in multinational telecom is easier than you think, now make it happen.

Young Upstarts is a business and technology blog that champions new ideas, innovation and entrepreneurship. It focuses on highlighting young people and small businesses, celebrating their vision and role in changing the world with their ideas, products and services.