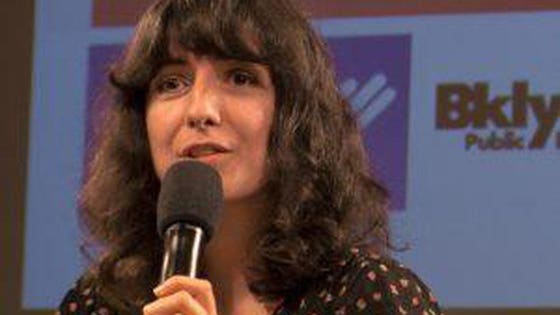 With many employers hiring freelance workers and online platforms making it easier for workers to find freelance work, more freelancers are taking their careers full-time, according to the new Freelancing in America Survey by the giant platform Upwork and the Freelancers Union.

Why are so many people creating freelance businesses? It’s mostly about freedom.They don’t want to sit in a cubicle with someone telling them what to do. Full-time freelancers say the top draws of self-employment are flexibility (77%), followed by being their own boss (77%) and working from the location of their choosing  — and being able to choose their own projects (tied for 74%).

Perhaps not surprisingly, freelancing is catching on with W-2 workers, too. 80% of non-freelancers say they would be willing to do additional freelance work to make more money, and 60% say they will do freelance work in the future.

Given all of these trends, freelancing has an impact on the U.S. economy that is nearly $1 trillion, freelancing now represents 5% of the U .S. GDP, by the study’s calculations. It is comparable, size-wise, to a major industry, close to the information sector and nearly half the size of the manufacturing industry, the researchers noted.

Upwork and the Freelancers Union surveyed more than 6,000 U. S. workers over age 18, in research conducted by Edelman Intelligence, an independent research firm, in June and July 2019. Among them, 2, 117 were freelancers and 3,884 were not freelancers.

Here are some other key findings:

Younger generations have embraced freelancing: The younger the worker, the more likely they were to freelance with 53% of Gen Z (those 18-22), 40% of millennials (ages 23-38), 31% of GenX (ages 39-54) and 29% of Baby Boomers (ages 55+ reporting they freelanced. Freelancers are younger in general than traditional workers, with the average age of 40, versus 42 for traditional workers.

Whether or not younger freelancers stay independently employed as they take on financial responsibilities like parenthood and home ownership remains to be seen. However, one thing is certain: They will have greater understanding of independent work than any generations before them.

“These workers are underutilized in the traditional job market,” says Kasriel. “They have a lot of skills and abilities to contribute.”

This finding is important at a time when the California law AB-5 is forcing some employers to put gig workers onto payroll. New York is considering a similar law.

While some gig workers favor the California law, saying it will give them access to healthcare and other benefits they need, others who need flexibility do not want to be put on payroll and fear it will result in a reduced flow of work from employers who don’t want the hassle of putting freelancers who do a limited amount of work for them on payroll.

“The intent of AB-5 was much more to protect the Uber drivers and Postmates delivery person, fully realizing that there’s a part of the freelance economy that would prefer to be on payroll,” says Kasriel.

Highly-skilled workers are gravitating to freelancing: The largest group of freelancers (45%) offers skilled services, such as computer programming, writing, design, IT, marketing and business consulting, according to the survey. Interestingly, highly educated workers are overrepresented in freelancing. 41% of those with advanced degrees run freelance businesses.

“People tend to think of freelancers as the Uber drivers and Task Rabbit workers of the world,” says Kasriel. “The bigger part of the freelance workforce is skilled freelancers.”

Skilled freelancers invest in their own education. For those hoping to build high-revenue freelance businesses, one interesting finding was that 65% of skilled freelancers have done business-related training in the past six months to enhance soft skills like networking or hard skills relevant to their field—compared to all freelancers (54%) and non-freelancers (40%).

Many freelancers didn’t learn what they needed to know in college: 89% of freelancers agreed that they wished higher education would do more to prepare people for independent work, as more people become freelancers.

There’s money to be made: “Typically, most freelancers who become full time end up making more money than in their previous job pretty quickly,” notes Kasriel.

Freelancing pays a higher hourly rate than traditional jobs, with the average $20 an hour, versus $18.80 per hour for the U.S. workforce overall, the study found. For skilled services, the median rate is $28 an hour.

How freelancers bill their clients ranges, with 48% billing clients on a fixed fee basis, 29% paid hourly and 23% using both methods. The median number of clients they have managed in the past six months is five.

Most freelancers want to be freelancing: Even though we’re in a period of full employment with many career options, half of the freelancers surveyed view their work as a long-term career choice. Half view it as a temporary way to make money.

And most haven’t been forced into it by circumstances, like a job loss. Sixty percent of freelancers say they’re doing their work by choice, while 40% say it’s out of necessity.

Among all freelancers, 51% say no amount of money would entice them to take a traditional job.

Side gigs are helping traditional workers survive. At a time when salaries have not kept pace with the cost of living and it has gotten easier to find freelance work through platforms, the percentage of full-time employees who bring in extra income from freelance work increased 6 points to 25% since 2014.

“[F]reelancing allows them extra work and income that more traditional employment would struggle to replicate,” noted Adam Ozimek, chief economist at Upwork, in his findings on key takeaways from the report.

Many self-employed professionals, from side-giggers to full-time freelancers, find freelancing gives them economic security, with more than half of freelancers agreeing that “having a diversified portfolio of income from multiple sources is more secure than having one employer.”

Employers who aren’t paying competitive salaries take note: Among those doing side gigs, 40% say they have considered quitting their jobs to work completely independently.

Many freelancers face cash-flow challenges. As the report shows, all kinds of workers have the same major concerns—access to affordable healthcare, building savings, having sufficient retirement funds and being paid early.

This often results from having to pay bills monthly even though it often takes freelancers more than 30 days to get paid—and the added costs that come with running a business, such as healthcare premiums, according to Pearce.

“Having to shoulder all of their bills and be able to purchase their own health insurance makes it harder for them to save for the long term,” says Pearce.

“It’s really important, particularly for those who are freelancing full-time as their primary source of income,” says Pearce. “We see it as the main reason people are not able to make the leap to freelancing and keep holding onto full-time or part-time jobs. They are tied to employer benefits.”

Perhaps that’s because for many of them, it’s about building a business, not just getting their next gig.