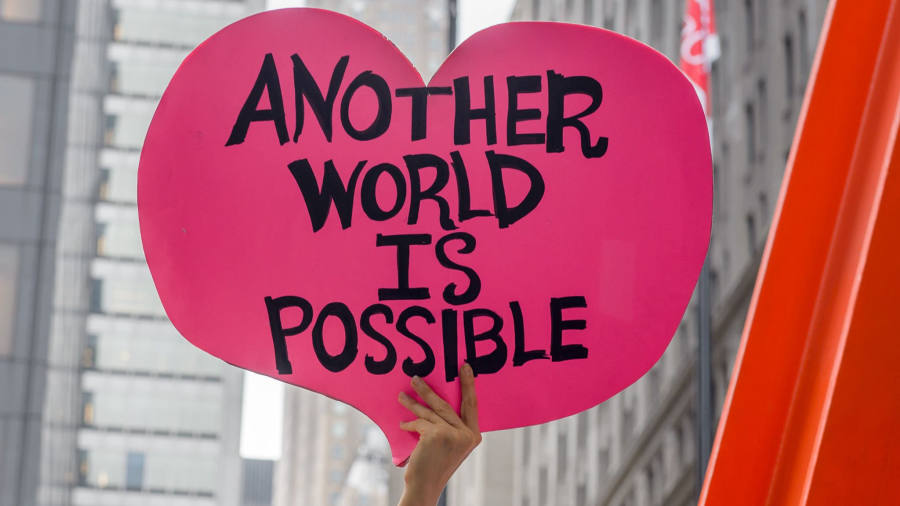 Even the bleakest accounts of the future are more additive than subtractive. They assume the invention of new things and not the loss of things that already exist. The torment in 1984 comes via two-way “telescreens” and clandestine recording systems. Robert Harris’s new novel, The Second Sleep, set in a boggy Dark Ages to come, is exceptional in this regard. It grants that time brings stasis and backsliding as often as progress.

Here, then, is a subtractive vision of the future. It is not my base case but it is ever more plausible. Few will find it heart-rending stuff but I offer it with a certain dread. It could spell the end of my way of life, and perhaps yours.

First, the humbling of WeWork spreads to similarly modish companies. Recession and labour laws sap the valuations of Uber, Deliveroo and other services that lubricate urban life without turning a profit. Perhaps it ends their viability outright. At the same time, anguish about climate change leads to much higher taxation and even rationing of air travel. Flying reverts to its mid-20th century status as a giddy treat. At least in the west, it becomes politically impossible to build or expand an airport. Meanwhile, the froideur between Airbnb and tourist cities escalates until the firm is garrotted in red tape. The loss of competition in holiday lodging brings about an increase in hotel prices.

In lots of little ways, the costs of a mobile, frictionless life go up. Disposable incomes fail to rise as fast. Over time, a sort of gumming up of the world takes place for all but the rich.

We could be living through the last years of the middle-class world citizen. And the demise of this character might have little or nothing to do with populism. Tougher migration laws would contribute, no doubt, and so would a breakdown in world trade. But these eventualities are discussed often enough. Nor do I need them to make my case. Even if we assume “just” the commercial shocks mentioned above, life would already be materially different for millions.

I have been inordinately spoilt by history. The cold war was already over when I was seven. I entered the job market during perhaps the biggest boom ever. The decline of cities went into reverse as I started going out in them. I grew up with the Channel Tunnel and easyJet. I am, just about, digital-native. But precisely because things have been so benign, I assume my lifestyle is somehow naturally occurring.

It is not. It is the result of societal choices that could have gone the other way — and may yet. The tax treatment of capital (which feeds those frothy companies) is a choice. The legal status of gig workers is a choice. How much of air travel’s externalities to price-in is a choice. A small change in mores, and different choices will flow. Some of them will be impossible to fault on ethical or ecological grounds. But no-lose change is rare. The losers will be those who have grown used to a fluidity of living that was once a millionaire’s preserve.

The passenger in seat 1A was never the interesting case study in globalisation. The world has been a small place for the rich since at least the Grand Tours of the 1700s. It was the person on the budget flight, bound for a cheap rental, via a bargain ride, who was the larger relative winner. This decade — the decade of Uber and Airbnb — was theirs. The next might not be as kind. It is not globalism per se that is in trouble so much as the democratisation of it.

In other words, the wrong people are nervous. I meet one percenters who exhibit the twitchiness last seen in high-born Parisians circa 1789. They smell the mob. But the confiscatory taxes and civil revolts they dread are still distant prospects. Much likelier in the coming years is the pricing out of others from an approximation of their lifestyle. That we were priced-in in the first place was always something of an aberration. It owed a lot to services that were unnaturally cheap. A correction might lie ahead. There are days when the world seems to be made out of water, so little resistance does it offer. Dive in while you can.

Follow @FTLifeArts on Twitter to find out about our latest stories first. Listen and subscribe to Culture Call, a transatlantic conversation from the FT, at ft.com/culture-call or on Apple Podcasts