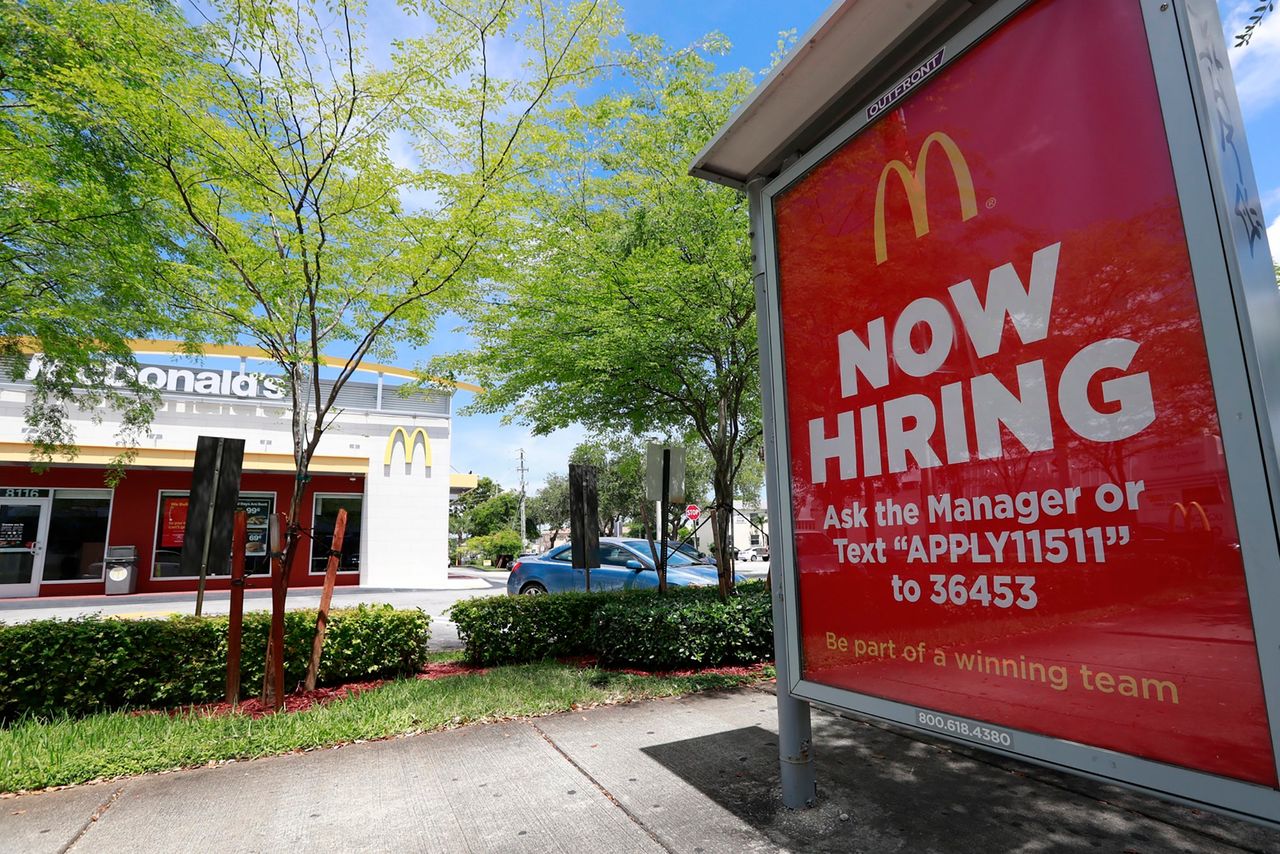 The U.S. economy added 136,000 jobs, the unemployment rate fell to the lowest level since December 1969 and wage gains slowed in September. Jeff Sparshott and Greg Ip here to walk you through the numbers.

The good news: September’s employment report is the month’s first hard data and it takes recession risk off the table for now. A slowing global economy is hampering manufacturing, where jobs fell, but the economy-wide gain of 136,000 still exceeds the long-run demographic trend, pushing unemployment to a new 50-year low of 3.5%. Recessions don’t begin with a falling unemployment rate.

The bad news: Falling unemployment over the last year means the supply of labor is shrinking and the economy is growing above its long-run potential. Yet growth in the last 12 months was just 1.9%, using Macroeconomic Advisers’ third-quarter estimate of 1.5%. So potential growth was actually lower: 1.6%, according to Okun’s law, a rule of thumb based on GDP and unemployment. That’s at the low end of mainstream estimates and well below the 3% President Trump has claimed he would deliver. Slow potential growth may also explain why wage growth has stopped accelerating. —Greg Ip

And the Fed Will…

September jobs figures should quiet fears of a downturn. But they won’t settle a debate at the Federal Reserve on the best course for interest rates, Nick Timiraos writes.

So here’s the econ-data salad we have to work with today: Job growth is slowing but not stalling. The unemployment rate is at a 50-year low, but it doesn’t look like the labor market is running out of workers yet. Instead, more Americans are joining the labor force. The share of Americans in their prime working years (ages 25 to 54) with a job rose to the highest level since March 2007. The share of prime-age Americans in the labor force—those working or actively searching for work—held steady at a nine-year high.

A ready pool of workers may be one reason wage growth is decelerating.

In fact, it appears a historically long stretch of job creation is pulling more people off the margins: The unemployment rate for workers with less than a high-school diploma dropped to the lowest level since the Labor Department started counting that measure in 1992. The unemployment rate for Hispanic men dropped to the lowest level since records for that group started in 2003.

Still, with nine months down, 2019 is shaping up to be one of the weaker years of job growth since the recession.

And if you’re looking for bad news, you can find it in two sectors: manufacturing and retail. Manufacturers shed jobs for the first time since March and only the second time since mid-2017. Broader surveys of factory activity suggest trade policy and slower growth overseas are weighing on the sector. Even so, manufacturers have added close to half a million jobs since the start of 2017.

Retail is another story. Since hiring peaked in January 2017, the industry has shed 197,000 jobs, including another 11,400 last month. This one isn’t on trade policy or global headwinds, though. It’s about where and how consumers spend their money, and where Americans want to work.

What Economists Are Saying

“The slowdown is continuing, but workers are still getting the benefits of a strong labor market.” —Nick Bunker, Indeed Hiring Lab

“The big picture remains one of a labor market—and an economy—whose growth is downshifting but not collapsing.” —Michael Feroli, J.P. Morgan Chase

“A 50-year low unemployment rate is nice, but wage gains are softening and that does not bode well for income growth or consumer spending.” —Joel Naroff, Naroff Economic Advisors