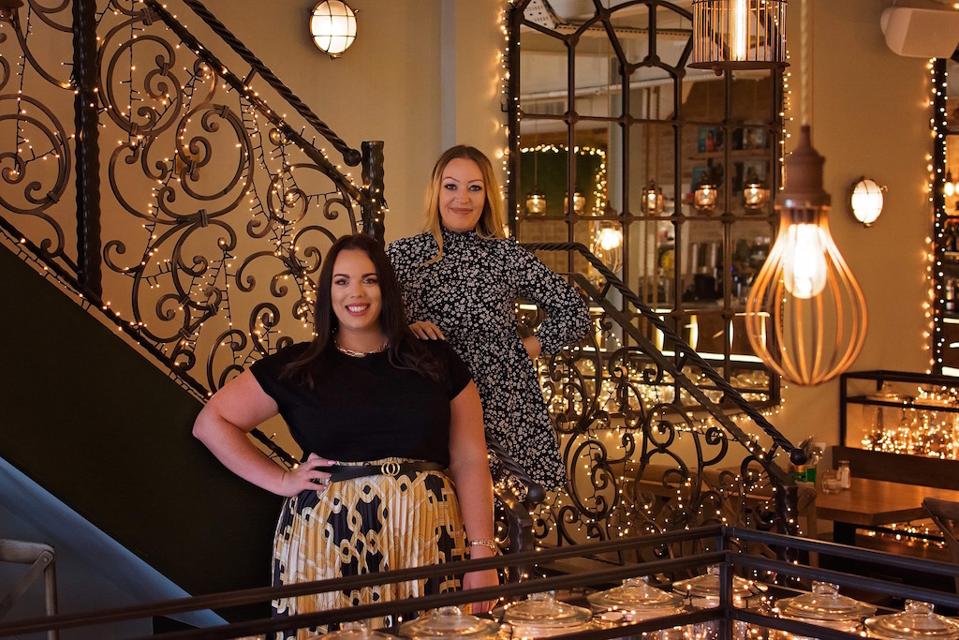 As sisters, Estelle Keeber and Leona Burton were close and had always supported each other in their chosen career paths.

In 2016, after studying photography at night school, Keeber had launched a photography business Love Photography 13. As a single mother who’d struggled with mental health issues, she faced a host of unexpected challenges.

“Not only was I required to photograph gorgeous weddings, but I also had to know about business, marketing, web development, and social media,” she says. “I spent hours watching webinars, listening to podcasts and wishing I could find all the information I needed in one place.”

Meanwhile, Burton, then a busy mother of four, had also found there was a lack of support for female entrepreneurs. She had run several businesses, including a stage school, a boutique, and a network marketing company, and had experienced many highs and lows. She says. “I knew that there must be many other women with similar feelings of loneliness.”

It was during their lengthy daily phone calls with each other when they shared their feelings of isolation and the challenges of trying to be a good mother and run a business, that they came up with the idea of creating a support network of their own. In 2017 Mums in Business Association (MIBA) was born.

“We had absolutely no money for starting a business, but we used social media to connect with people who we understood,” says Keeber. “Your vibe attracts your tribe. We set up a Facebook group and began sharing our favorite tips and resources on everything from starting a blog and building a website to getting your kids to behave.”

As interest and membership grew, the founders decided to take their networking offline. “Our online community is amazing but nothing beats sitting in a room full of motivated women all sharing the same goal, to grow their business,” says Burton.

Their first child-friendly networking event took place in Leicester in August 2017 and was attended by just ten people, but the response to offline networking from the MIBA community took them by surprise.

“Pretty soon we had women from all over the world wanting to get involved,” says Keeber. “That was great, but as there were just the two of us, it also created a problem and we needed to expand the team.”

Today MIBA members organize 130 networking events worldwide, in locations such as Barbados, Australia, Singapore, Spain, and the U.S., and the figure is growing by 10% per month.

When Keeber and Burton first launched their network they were providing free content for the group. As they became more established they were able to monetize their services, but structured prices to ensure it was inclusive. Their first course, a business boot camp, cost £10 to attend.

“We wanted our events to be affordable yet full of value and opportunities,” says Burton “It’s incredible to think that women are now closing deals worth more than £10,000 as a result of connecting at our events.”

Other revenue streams include training courses, retreats, VIP membership, and coaching for corporate clients and large organizations on how to maximize their impact through social media. MIBA also has a publishing company that has produced several Amazon best sellers.

They also have an impressive speaking portfolio, with the founders due to speak at the forthcoming Social Media Week Durban event alongside Bravisimmo founder Michelle Mone, supermodel, and businesswoman Caprice, and Karren Brady CBE.

Even more remarkable about their achievement is the fact that the two sisters now live over a thousand miles apart, Keeber in Leicester, and Burton now based in Marbella, Spain.

“It just goes to show that with technology you can build an incredible business from any corner of the world,” says Burton.

Their best advice to others who may be thinking about setting up their own business support network is to be absolutely clear about the audience they are trying to serve.

“Knowing who you are and what you want to achieve is imperative to success,” says Keeber. “From there you can identify your ideal client and what makes them tick, and providing them with a solution to their problem.”