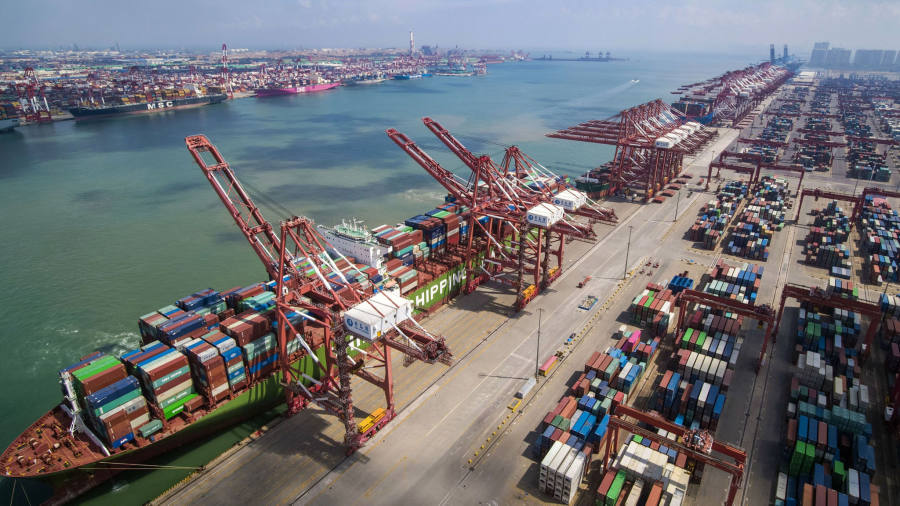 Fears over the health of the global economy deepened on Thursday with the publication of a raft of dismal data, pouring fuel on the government bond rally and spurring traders to ratchet up bets on further interest rate cuts by the US Federal Reserve.

Escalating trade tensions between the US and China have cast a pall over the global economy and financial markets, forcing central banks to reverse course on tightening monetary policy to safeguard the post-crisis economic recovery.

A string of disappointing economic data from the US, the UK and the eurozone on Thursday intensified investors’ concerns that central banks might prove unable to counteract the impact of president Donald Trump’s trade wars.

Consumption and services, the bedrock of most developed economies, have long proven relatively resilient to the trade-sparked industrial slowdown, but Thursday’s data exacerbated concerns that the economic weakness is spreading.

Purchasing managers’ indices for the service industries in the US, the UK

and Germany underperformed economists’ estimates, with the latter two falling into contraction territory.

“Anyone who thought you could have a recession in the goods and manufacturing sector wouldn’t morph into the services sector was dreaming in technicolour,” he said.

Rising concerns over a potential global recession in the coming year — and the prospect of more monetary stimulus as a result — have sent many investors scrambling for the relative safety of highly rated government debt.

Stock markets around the world dipped after the publication of the data, with the S&P 500 index falling by more than 1 per cent before paring back its losses and turning positive for the day. The moves came a day after a sharp selloff; the FTSE All-World index has shed just over 2 per cent of its value over the course of this week.

Yields on safer government bonds have fallen back to near record lows. The 10-year Treasury yield dipped 6.5 basis points to trade at 1.53 per cent on Thursday, back to near a record low, while the comparable benchmark bond yields of the UK and Germany fell to 0.47 per cent and minus 0.59 per cent respectively.

The fears of recession continue to mount,” said Chris Rupkey, chief financial economist at MUFG. “Stock investors don’t like that the doom and gloom in the manufacturing sector is starting to infect the bigger part of the economy that employs millions of workers in services industries.”

Traders are girding themselves for Friday’s release of the US jobs data, but are now betting that the Fed will slash interest rates for a third time since the financial crisis later this month.

Payrolls processor ADP estimated on Wednesday that private US employers added 135,000 jobs last month, down from 157,000 in August, which itself was downgraded from an initial estimate of 195,000.

According to futures prices compiled by Bloomberg, the implied odds of a quarter-point cut have spiked to nearly 90 per cent, up from just 40 per cent on Monday.

“Global growth is under pressure right now and it seems the Fed is more likely to act now than before,” said Jim Caron, a bond fund manager at Morgan Stanley Investment Management. He remained optimistic that economic data could improve, but said this depended on trade tensions simmering down.