Boris Johnson is preparing to make more concessions to Brussels to secure a Brexit deal, distancing himself from previous assertions by Downing Street that his plan to resolve the vexed Irish border question was his “final offer”.

In a House of Commons statement on Thursday that was remarkable for its consensual style, the prime minister said he had made “a genuine attempt to bridge the chasm” between the UK and EU to secure a withdrawal agreement.

Mr Johnson’s allies say he is genuinely determined that Britain leave the EU with a deal, but his respectful manner on Thursday was part of a calculated strategy by Number 10 to blame Brussels if talks break down.

“It would be a major strategic error if they don’t agree a deal,” said one of his aides.

Some EU diplomats argue that, if the other 27 EU member states reject Mr Johnson’s plan, the prime minister would have to seek a fresh Brexit delay, precipitating a second EU referendum or a general election, and possibly a change of government.

But Mr Johnson’s aides say that if the EU throws out his “reasonable compromise” plan, the prime minister would fight and win the election with a much harder stance — potentially backing a no-deal departure — to fend off Nigel Farage’s Brexit party.

Mr Johnson repeatedly declined to say in the Commons that his Brexit plan, sent to Brussels on Wednesday, was his “final” word.

To resolve the Irish border question that was at the centre of his objections to Theresa May’s withdrawal agreement, Mr Johnson proposes the creation of two new frontiers. There would be a customs border between the Irish Republic and Northern Ireland, and a regulatory frontier between the region and mainland Britain.

The prime minister said in a letter to Jean-Claude Juncker, European Commission president, that his plan represented “the broad landing zone in which I believe a deal can begin to take shape”, suggesting concessions are in the offing.

British officials believe Mr Johnson could give ground on the issue of “consent”: he has said the Northern Ireland assembly at Stormont should have the power, on a four-yearly basis, to overturn his proposed post-Brexit arrangements for the region.

The “consent” idea has already attracted criticism in Brussels. It would allow Stormont — which is currently suspended — to decide whether Northern Ireland should stay in the EU’s regulatory zone for agriculture, food and manufactured goods, or revert to UK rules.

Some of Mr Johnson’s advisers have suggested that the idea of a Stormont vote every four years could be revised to introduce a longer period between each renewal, helping to reduce business uncertainty.

However, Downing Street insists the consent principle is a bottom line, as is Mr Johnson’s insistence that Northern Ireland must leave the EU customs union at the same time as the rest of the UK.

Meanwhile Number 10 denied a Bloomberg report that Mr Johnson was considering a fallback position on his Brexit plan that would see him accept a time limit on the -so-called Irish backstop.

The backstop was a central part of Mrs May’s withdrawal agreement aimed at avoiding a hard Irish border by having a customs union between the UK and the EU after Brexit.

Brussels consistently refused to accept a time limit on the backstop, arguing it was supposed to be an “all weather” guarantee, and Mr Johnson objected to the arrangement because it could lock the UK into close ties with the EU in perpetuity.

Mr Johnson has persuaded Northern Ireland’s Democratic Unionist party and hardline Eurosceptic Conservatives to back his different approach to the Irish border, enabling him to tell his EU counterparts that he stands a good chance of securing parliamentary approval for a Brexit deal.

The prime minister said he would consider the idea of holding an “indicative vote” in the Commons on a draft deal before an EU leaders’ summit on October 17-18, to illustrate to the bloc that a Brexit deal is within his grasp.

In an attempt to reassure Labour MPs — some of whom are considering voting for his plan — Mr Johnson said Britain wanted to deviate from EU rules in areas such as the environment and workers’ rights “to have higher standards”. 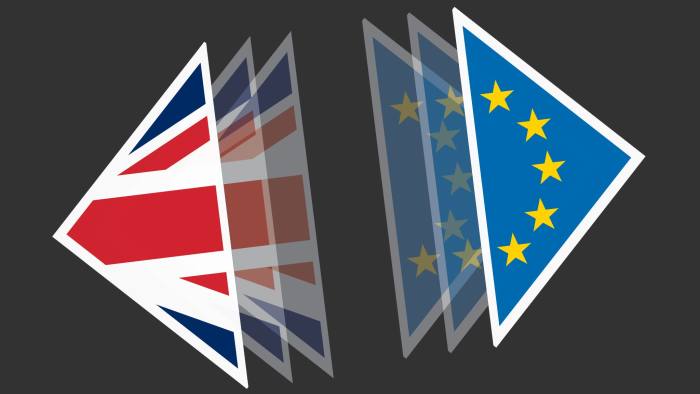 Help us steer you through the twists and turns of Britain’s political turmoil, from Monday to Friday.

But the gnawing concern inside Number 10 is that the EU27 may reject the British offer and roll the dice, hoping that a Brexit delay and a second referendum or an election could change the political landscape.

“The problem is that they spend a lot of time listening to people like Tony Blair and Dominic Grieve,” said one ally of Mr Johnson, referring to two leading campaigners for a second referendum.

If his bid for a deal were to be thwarted, Mr Johnson is expected to challenge in the courts the so-called Benn Act, which requires him to seek a Brexit delay if no deal is agreed by October 19.

If he lost in the courts, senior Tories say the prime minister would go into an election blaming an unyielding Brussels, British judges and a Remainer parliament for his failure to deliver Brexit.