The best companies, the ones that have arrived at the zenith of achievement in their field, have been guided to their current position by exceptional leaders. The use of the plural is intentional; too often we get tied up in the singular visionaries in considering the achievement of the greatest business success stories. While there is room for Jobsian figures and their contributions in the narratives constructed around those companies, it’s worth considering leadership as something broader as it pertains to the eventual success of businesses that make it.

Leadership is ill-defined insofar as it’s been defined and redefined and deconstructed and reconsidered to the point of encompassing any and all qualities one exhibits while in those roles. You can be hands-on or hands-off, stern or friendly, dictatorial or collaborative, Kirk or Picard; choose your tact and there’s undoubtedly a book out there to tell you that you’re right, usually from someone who embodies those attributes and had some success as a leader. And the prescriptive approach is certainly fair; after all, we can only speak from our own experiences, and it’s natural to point to your own success as something to be emulated and repeated. But every situation is completely different, comprised of a different mixture of the volatile elements known as people, and each requires a different approach. 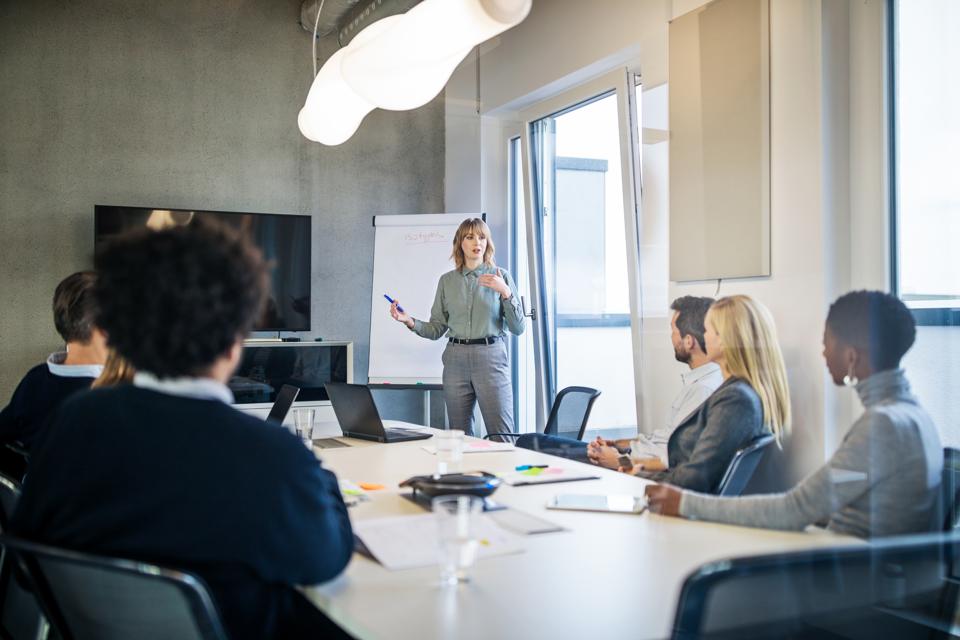 Businesswoman addressing a meeting around board table. Group of business people having board meeting in modern office.

So what then do these exemplar companies share in common in terms of leadership, if the correct formulation is impossible to be limited to a single definition? It’s better to say that these companies have the best approach to the idea of leadership, which is that they shape it to their situation, or mold their situation to those key players that drive the company forward.

Each business is different, both in its aim and in its collection of talent and personalities. The danger for any leader, particularly for any founder, is to try and bring those personalities in line with their own. In other words, to remake your team into, if not versions of you, versions of themselves reshaped to serve your own ends. In a purely utilitarian sense, the team you’ve assembled exists to accomplish what you want from them; why not get them to do exactly as you ask, behave exactly as you want? Perhaps it’s not as harsh as that phrasing makes it sound, but some version of this thinking has sprung forth from the minds of many a well-intentioned founder simply looking to do what they think is best for their company.

What the best companies come to understand is that they are a collection of people as much as an assemblage of ideas and products, and that in order to succeed, they need to get the best out of people, to take advantage of the talent that they saw in choosing to hire them, adding a voice to the choir rather than a cog in a machine. That leadership, as a collective, understands that a harmonious workplace is a productive and creative one, and that the needs of the team supercede whatever petty, imperious impulses that might dwell in the hearts of some of those leaders. That’s not to say anarchy should reign; rather, it’s a recognition that control has a place as a measured approach, a means to an end rather than an end in itself.

The bounds set by leadership have to serve a purpose, should make sense as a structure that makes sense towards a particular end and within a framework of identifiable values. The relationships between leaders and the led have to be respectful and with mutual understanding, and should foster a greater cohesion rather than a devolution into petty grievances and disputes. The team should be united and motivated towards a common purpose, ideally not their hatred of you. None of these notions are particularly revelatory, but they are important, and often what separates good and great companies from the rest is simply the ability to do basic things well, repeatedly and consistently.

So what is leadership? It’s not a sole figure plotting the course of  a venture via bouts of inspired genius, or guidance delivered through binding commandments brought down from the mountaintop. Or rather it is those things, and so much more. What makes for smart leadership, and what those successful companies have understood, is that leadership is whatever is needed by those being led; it’s up to you and your fellow leaders to rise to meet that need. #onwards.