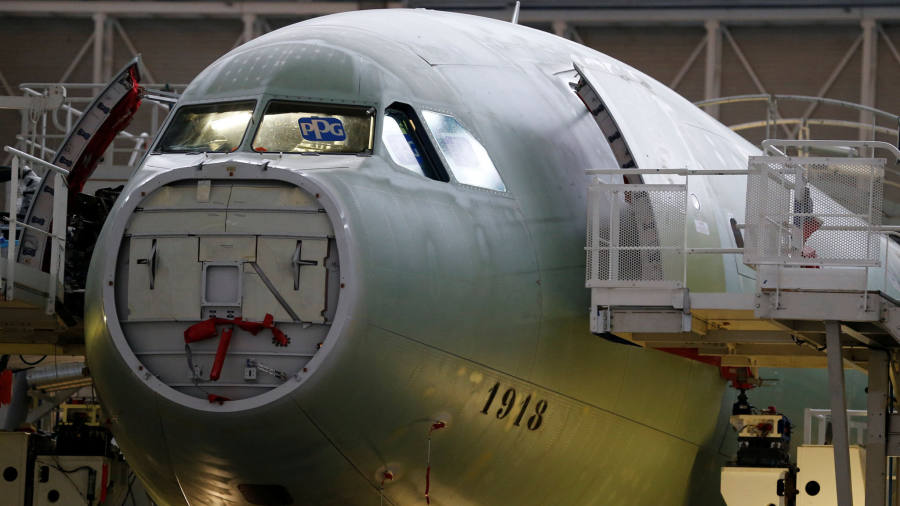 After 15 years of argument, the row between Boeing and Airbus over who benefits most from illegal subsidies is entering the final round.

The battle between the world’s two biggest aerospace companies has drawn in presidents and prime ministers, roused national passions and ranks as the world’s largest corporate trade dispute.

Arbitrators at the World Trade Organization on Wednesday ruled on the amount of punitive tariffs Washington can slap on a range of European goods.

The move follows the WTO’s ruling this year that the EU had failed to withdraw billions of dollars in illegal subsidies to Airbus for the development and launch of the A380 superjumbo and the A350 midsized twin-aisle.

The US sought to impose tariffs on $11bn of European goods, although the arbitrators gave the green light for $7.5bn. The move dealt a blow to fragile US-EU trade relations after the imposition of steel tariffs last year.

Yet Wednesday’s WTO decision will not be the end of the story. In a few months, the WTO is expected to set out the level of punitive tariffs the EU can impose on US imports, possibly amounting to several billion dollars, in retaliation for subsidies that led to lost sales for Airbus.

How did the dispute start?

The battle between Boeing and Airbus dates back to 2004, the year after the European aircraft maker’s deliveries overtook those of its US rival for the first time.

The US case challenged subsidies that the European aerospace group had received as long ago as the 1970s. Washington has claimed that $22bn in illegal funding has found its way to Airbus. The EU followed up a few months later with a challenge of its own, alleging that more than $23bn in illegal aid has been channelled to Boeing.

In 2010 and 2011 the WTO ruled that both companies had collected billions in unlawful assistance — Boeing from government contracts for defence and space business as well as tax breaks and Airbus through aid to launch aircraft programmes that was repayable on delivery.

The case has taken more than a decade to decide. Is the WTO unfit for purpose?

“This is an instance of the WTO working as intended. This is a long-running, high stakes, fact-intensive dispute,” he said.

While the WTO has been hearing the arguments, policies and funding have changed, adding to the complexity. In fact, the Geneva-based body has done a good job of untangling the very complicated issues, Mr Hunter added.

“The case serves to remind WTO members that the dispute settlement system works.”

When the US imposes tariffs, many European goods will become more expensive if the list provided by the US Trade Representative is any indication.

Washington has signalled some tariffs could hit 100 per cent of the value of the goods imported. It is targeting French wine, Italian cheese and olives, whisky, and cashmere sweaters, among other items. US airlines are worried that the tariffs might also hit aerospace parts and components for commercial jets and helicopters.

If, as expected, the EU retaliates early next year, its tariffs could hit a range of US products.

Why don’t they sit down and negotiate a settlement?

Good question. The inevitable outcome of no settlement is a damaging tit-for-tat tariff war that will hit producers, consumers, airlines and more.

But there are few signs of a truce. Both sides say they want a settlement, but each side has its own conditions. The US accuses the EU of extending its aid to Airbus during the WTO case, and is demanding that all repayable aid for the launch of new aircraft should stop. Brussels argues the WTO has dismissed many of the US allegations.

Meanwhile, as Boeing and Airbus are arguing about subsidies for aircraft that have long since left the hangar, China’s first commercial single-aisle jet is getting ready to enter service.

So whatever happens, the two sides will have to find a way to craft a new commercial aircraft arrangement covering state support before the row distracts from the real challenge: how to respond to the arrival of a new, obviously state-funded competitor that will almost certainly shake up their global duopoly.