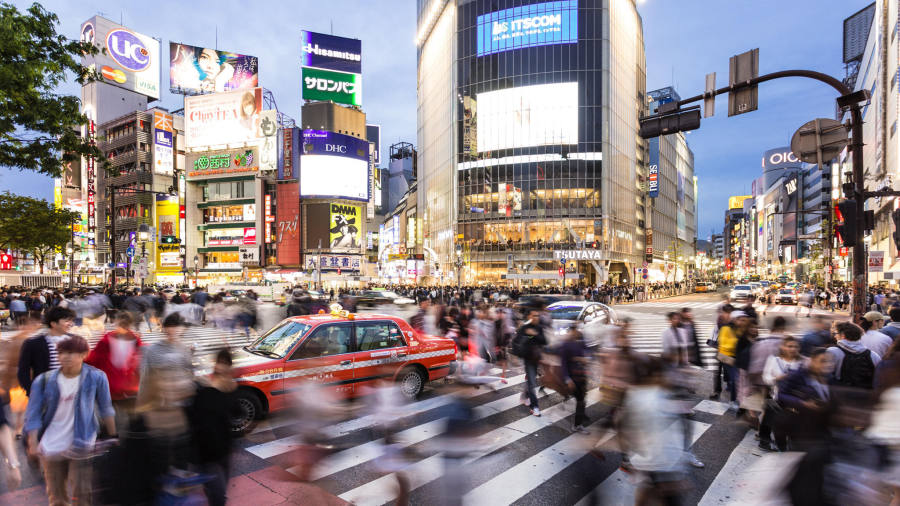 A Japanese takeover battle that has become a major test of prime minister Shinzo Abe’s market reforms took a new twist on Wednesday, when SoftBank’s Fortress Investment turned from being a white knight to whistleblower.

Fortress had in August emerged as a white knight bidder for Unizo, an obscure Tokyo-based property company once considered “uninvestable” by many fund managers, but that had received an unsolicited approach from travel agency HIS in July.

Unizo last week announced plans to protect the interests of its staff by using a newly established entity, controlled by its employees, to acquire a stake in the group once Fortress had completed its takeover.

However, in a filing late on Wednesday, Fortress claimed that Unizo had devised a scheme to fund this new employee-owned company by selling a number of its properties, proceeds of which Fortress had hoped would be used to reduce the Japanese group’s debt.

Having previously engaged with Fortress as its white knight, Unizo said last week that it would only allow Fortress to bid if it agreed that the employees could buy back shares in the company from the US group, and dictate the timing of the eventual exit of Fortress.

“This deal has gone from being a sideshow to something right at the heart of what the last few years are supposed to have been about,” said one investor who holds a significant stake in Unizo. “The story from the Abe government has all been about putting shareholder interests higher than they have been in the past. Unizo, meanwhile, is trying to behave like . . . the rules of old Japan still apply.”

The revelation by Fortress places pressure on Unizo management, which may now be forced to explain to the financial and stock market regulators why it did not disclose earlier the intended purpose of its planned property sales in the US, people familiar with the matter said. Unizo declined to comment on the claim by Fortress.

The saga, which began in July when HIS made its unsolicited bid, has escalated in recent weeks to draw in Blackstone and some of the world’s biggest hedge funds. Fortress’s move caps three months of turmoil centred on Japan’s property sector, an area riddled with what investors say are often poorly-managed companies with shares trading well below their book value.

HIS’s bid of ¥3,100 per share, a hefty premium to Unizo’s price the preceding day, was a rare move in a Japanese market where hostile bidders have historically been depicted as “vultures” and where managements have argued that attention to a wide variety of stakeholders, including employees, should trump the interests of shareholders.

In response, Unizo sought a white knight to mount a counter bid, leading to the bid from Fortress, which in turn launched a tender offer at ¥4,000 per share.

Considering the current shareholder make-up, there is a high possibility that Blackstone’s bid would be successful even if it went hostile

When it became clear last month that Fortress’s offer was likely to fail because of the large number of shareholders who reckoned the price was far too low, Unizo attempted to convince Fortress to raise its bid, people close to the talks said. It also approached Blackstone in the hope that if Fortress walked away, the US private equity giant might instead be induced to accept Unizo’s unorthodox takeover conditions.

Unizo has been in discussions with Blackstone, said five people familiar with the negotiations, over a bid about 25 per cent higher than the Fortress offer.

Both Blackstone and Fortress are still trying to engage with Unizo’s management to avoid going openly hostile in a country where unsolicited offers, particularly by foreign buyers, bring huge reputational costs. Executing hostile bids is also practically difficult because few global investment banks are willing to act as advisers, or Japanese banks as lenders.

“Going hostile in Japan is a very uncomfortable position for Fortress,” said one person who had worked with Fortress. Fortress and Blackstone declined to comment.

But the long list of demands made by Unizo in the name of employee protection is forcing a rethink of strategy by both the bidders and Unizo’s shareholders. At the heart of the debate is the question of what constitutes “corporate value”, a term that the Japanese government defined in its “Fair M&A guidelines” released in June as “the aggregate discounted net present value of the cash flow generated by the company”.

In their efforts to appeal to the traditional image of Japanese companies’ place in society, Unizo executives argued that the concept should be broadened to include not only the interests of shareholders, but also the wellbeing of its employees.

“There are various sources of corporate value but we place the highest priority on our employees,” a senior executive at Unizo told the Financial Times. “That is not to say we don’t care at all about the share price but we are looking for an investor who can fulfil both of these conditions.”

The newly established entity that would own a stake in Unizo has signed up about 250 employees, but none of its current executives are included, said people close to Unizo. In addition to acquiring a stake in Unizo, the company is demanding a buyer give the employee group veto power over the nomination of directors, management strategy, employment conditions, and exit strategy.

Unizo is willing to compromise on some of the conditions it has outlined, according to these people. But the company has no intention of giving up, or its demand that Blackstone or Fortress provide a written agreement not to break up the company by selling divisions.

Several shareholders in Unizo have privately told Blackstone that they would support its bid if it went hostile, said people familiar with the talks. While unsolicited bids are still rare, perception towards hostile activity is gradually changing.

Analysts also say that Japanese pension funds and institutional investors’ fiduciary duty would be called into question if they supported a management team that chose to reject the highest bid on offer.

“It would be hard for the management to argue that they can run the company well enough to raise its share value above ¥5,000,” said Kazunori Suzuki, a professor of finance at Waseda University. “Considering the current shareholder make-up, there is a high possibility that Blackstone’s bid would be successful even if it went hostile.”