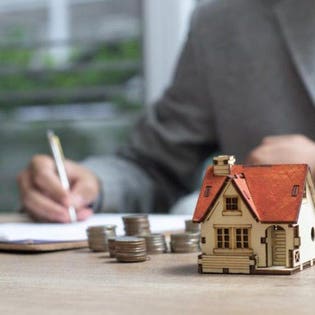 Stigmas in any industry can slow or prevent growth and innovation. To break through to new customers and shift to new paradigms, however, it’s important to reshape the conversation around what’s wrong, what caused it, and what’s different now. For instance, after the economic downturn a decade ago, everyone in the banking industry worried about mortgage options and how families would qualify. “Subprime” had become a new taboo.

Despite this, when Excelerate Capital launched in 2014, we focused on non-qualified mortgages, or non-QM, which was out-of-sight, out-of-mind for most lenders. Nobody wanted to touch non-QM, but we had a feeling that it was the way to go in the future. Now everyone does it. What led to this future-focused insight? These “3P” principles directed our actions:

1. Purpose: When we thought about launching a non-QM company back then, everyone thought we were crazy or that it was a desperate move. However, my purpose for the company was to be a value-add in our industry and pinpoint which sector would grow. After the downturn, I knew many customers would be worthy of being homeowners but wouldn’t meet the qualifications for a conventional loan. Thinking forward, I knew an unconventional loan would enable more people to buy a home. I see this as “thinking macro,” but many industries have an overabundance of “micro-thinking” concentrated on short-term sales and profits. I knew that the new regulatory backstops would prevent subprime downfalls from coming back in today’s world, so I stayed focused on our purpose of thinking about families and their future needs instead of acting out of fear, which is how other companies reacted at that time.

2. Perspective: With a distinctive purpose, you’re in a better position to take more risk and see the customers’ point of view. Although leaders and managers may find it difficult to move into uncharted territory, early adopters like myself know it’s also a great moment with a blank canvas where you can create the pace and direction of the market. Early in 2015, I received feedback from my brokers, who told me about frustrating scenarios with borrowers who couldn’t qualify for loans because they didn’t check all of the conventional boxes. Those who were self-employed, for instance, couldn’t document their income in the same way as conventionally employed families and were being penalized. I felt we needed to qualify them somehow, so we created a “no ratio” program, with no debt-to-income ratio for the lender to consider. It’s one of the staples in our marketplace today. Being open to actively listening to the perspectives of the different stakeholders in business allowed us to better shape the non-QM products we created. Since we were curious, asked good questions, listened, and took constructive criticism as an opportunity to be better, we were able to launch one of the first programs in the country.

3. Patience: Paired hand-in-hand with purpose, perspective, and macro-level thinking, it’s important to play the long game. Although you may not turn a profit (or change minds entirely) in Year 1 or Year 2, you can potentially make huge gains within five years. Planning ahead for patience allows for those calculated risks. In our “microwave instant gratification culture,” we often want everything instantly, even in business. Silicon Valley tech companies want to raise millions of dollars overnight, and social media stars want to monetize their followings yesterday. The only way to beat the negativity around subprime lending and succeed with non-QM prevalence, however, was to play it out over time. The market was small at first, and we knew it would be a long, uphill battle. To start, non-QM was associated with yesterday’s subprime stigmas of low FICO scores and low down payments, but the statistics during the past four years show a counterintuitive turn — our customers actually have a higher FICO score, higher net worth, and make larger down payments than standard conventional loans. With a mix of listening, creating a program for customers in need, and waiting for the results to show returns, we were able to hinge our company on the promotion of a new program that broke previous fear-based assumptions and helped customers along the way.