President Donald Trump‘s chance at reelection is still over a year away, but he has entered a critical economic period that many investors look at when gauging the odds of a second term.

While many analysts tend to rely on the latest polling data and approval ratings to try to predict election outcomes, Wall Street often uses consumer confidence indicators to try to gauge how people feel about the economy when they head to the polls.

Doug Sosnik, a former advisor to President Bill Clinton, told CNBC that consumer confidence as measured by the Conference Board has proven a valuable predictor dating back to the late 1970s. 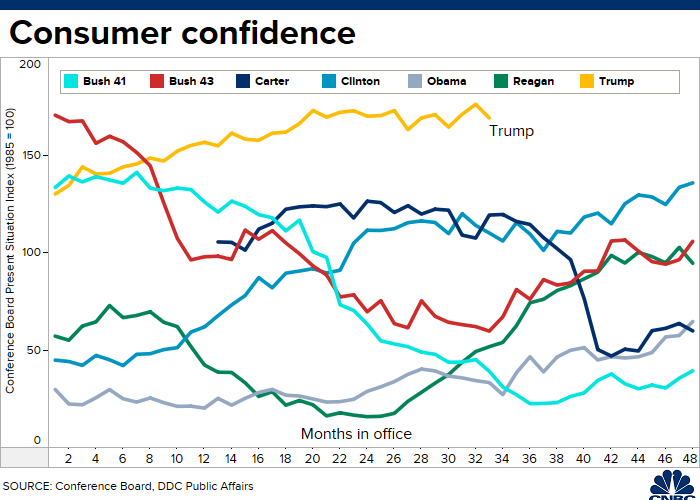 “The basic idea is that happy consumers are more highly to want to vote in favor of maintaining the status quo—so it’s taken as being good for the incumbent,” Nathan Sheets, chief economist at PGIM Fixed Income, said in an email to CNBC.

“Another variation on the theme is the unemployment rate,” he added. “The level of unemployment during the spring before a presidential election has historically been a pretty good indicator for the prospects of an incumbent President being re-elected.”

To be sure, there are several issues hanging over Trump, including an impeachment inquiry led by House Speaker Nancy Pelosi and angst surrounding the trade war with China — so a consumer confidence correlation might not be guaranteed. Still, it is likely to serve as one of a few compelling hints as to what lies ahead for Trump. 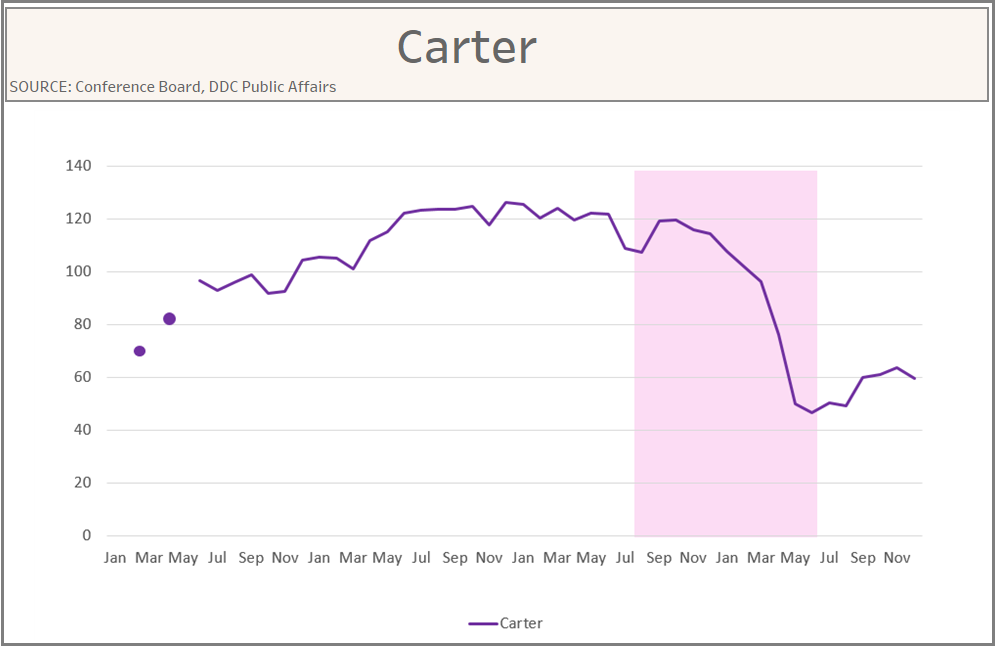 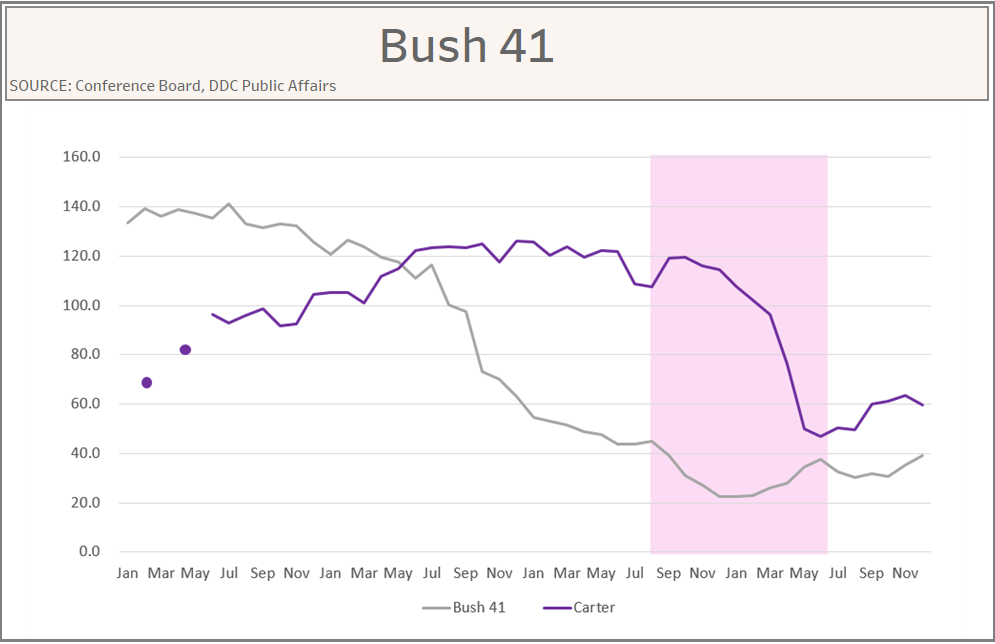 On the other hand, Presidents Barack Obama, George W. Bush, Ronald Reagan and Bill Clinton benefited from stable or rising levels of consumer confidence in the months leading up to their successful reelection campaigns. 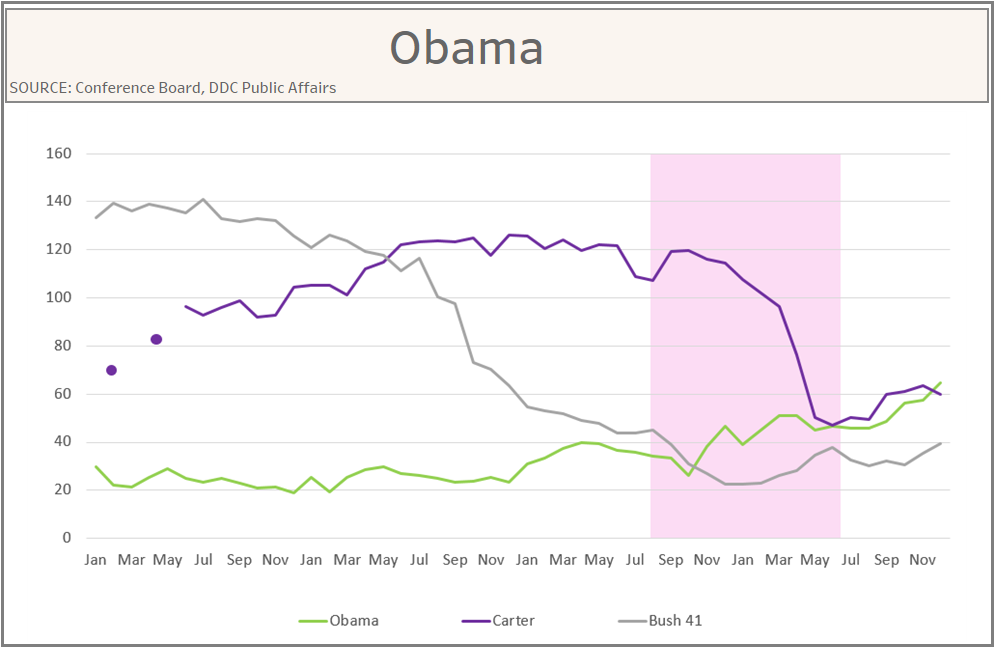 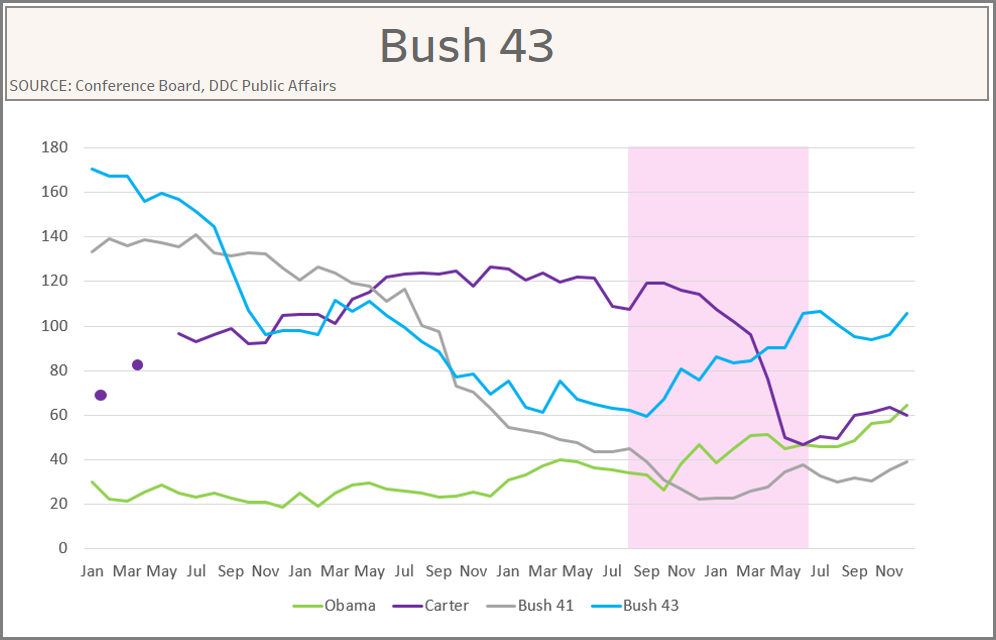 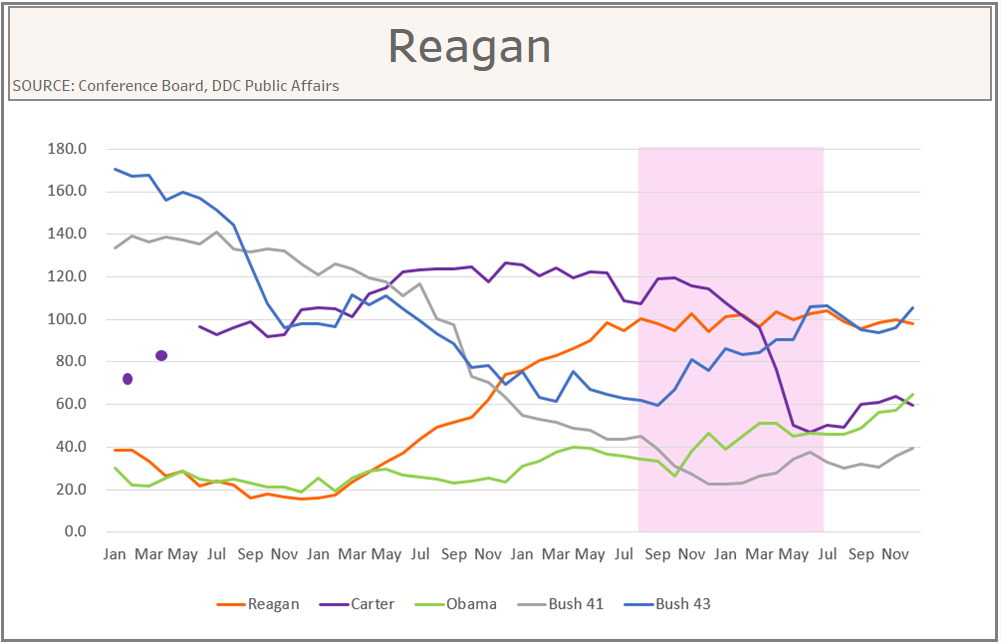 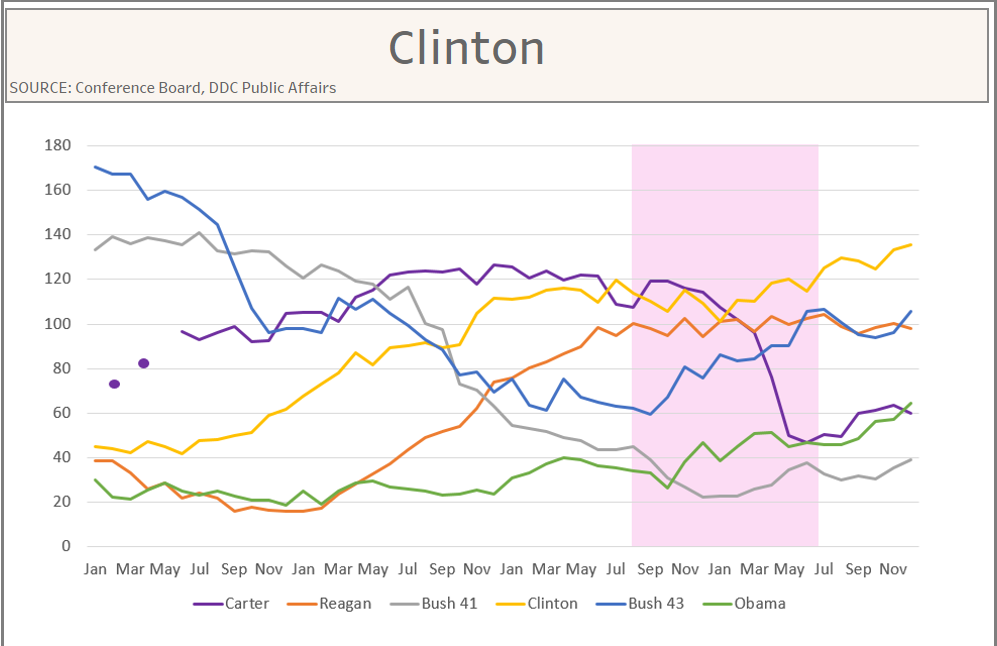 For now, consumer confidence seems to be working in Trump’s favor.

Trump entered office with consumer confidence high from momentum at the end of the Obama administration. It has mostly risen since. But the robust surge in the Conference Board’s present situation index for much of his presidency has decelerated in recent months: The September 2019 reading fell to 169 from a read of 176 in August.

Speaking to the importance of sentiment data, DoubleLine Capital CEO and longtime bond investor Jeffrey Gundlach told CNBC last month that he prefers to look at consumer confidence when trying to time an economic slump.

“What happens before recession every time in a very convincing pattern is that first consumers start to feel bad about the future. They say ‘the future looks worse than how I feel about the present.’ And that started a while ago now, where the view of the future was much grimmer than the view of today,” Gundlach said.

While it’s premature to extrapolate a trend, if the index continues to fall throughout the fall and winter, it could bode poorly for the unconventional president, especially if the strong economy slows as expected and his approval ratings hover around 40%.

When consumer pessimism about the future starts to creep into their short-term outlook, it “puts you on kind of a notice, just like the yield curve inverting, that maybe you’re supposed to be on recession watch,” DoubleLine’s Gundlach added in September.

“But then what happens is that the consumer continues to be pessimistic about the future, but then their attitudes about the present start to deteriorate,” he said. “And that has started to happen.”