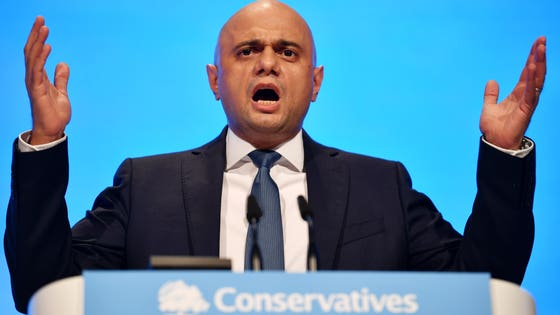 Can Britain’s small and medium-sized enterprises (SMEs) cope with a potentially substantial hike in their wage bills? They will need to be prepared: whatever government eventually emerges from the wreckage of Brexit, it looks likely that the UK’s minimum wage is set to increase markedly over the next few years.

At this week’s Conservative Party conference, the Chancellor Sajid Javid said he intended to increase the minimum wage – now known officially as the National Living Wage – to £10.50 an hour within the next few years, from today’s £8.21. He also pledged to cut the age at which workers qualify for this minimum from 25 to 21 (younger workers currently get lower minimum wages).

The opposition, meanwhile, accuses the Government of stealing its clothes. Labour is already committed to raising the National Living Wage to £10 an hour by 2020 and to reducing the qualifying age to 18 – it will therefore have to increase minimum wage levels more quickly if it comes to power following Brexit.

Either way, it’s worth pointing out that the Living Wage Foundation, an organisation that campaigns for fair pay, says more needs to be done. It says that if the minimum wage really were a living wage, it would already by £9 an hour in most of the UK – and £10.55 in London.

Still, for small businesses operating on tight margins, the prospect of being legally compelled to pay staff significantly more may be daunting. It’s not just those staff currently earning below the new minimums that will have to be given pay rises – more senior or experienced employees on higher salaries will expect to have the differentials between their pay and those earning less protected.

Small business groups are nervous. At the Federation of Small Businesses, national chairman Mike Cherry says many SMEs will need support. “While it is welcome that the Chancellor is giving businesses five years to adapt, this increase will leave many small employers struggling and, without help, could make some small firms unviable,” he warns.

“Those in sectors with tight margins and which are heavily labour-dependent, such as the care sector, retail or hospitality, will be particularly badly hit without support.”

You can see his point – but there are some counter arguments. Not least, policymakers will be under pressure to help SMEs cope with the rising cost of their wage bills. Previous increases in the National Living Wage have been accompanied by tax breaks for smaller employers, or some other form of support to cushion the blow.

Also, fewer businesses than you might expect will be affected. Research conducted a couple of years ago by the FSB found that one in two small companies were already paying all their staff wages at or above the living wage set by the Living Wage Foundation.”

Then there are the potential benefits of paying staff more. One recent study, by London Economics, found that four in five companies that introduced the Living Wage Foundation’s minimum pay levels believed doing so had seen the quality of their work rise, while also reducing absenteeism. That represents a substantial boost to productivity.

At Barclays Bank, meanwhile, a commitment to pay the living wage to catering and cleaning staff dramatically reduced staff turnover. The move is credited with delivering staff retention rates of 77 per cent and 92 per cent respectively in each area, compared to industry averages of 54 per cent and 35 per cent. Recruitment costs are significantly down.

Then there are more intangible benefits to consider. Your business is likely to be able to attract higher quality candidates by paying more, for example. And if you sign up for the Living Wage Foundation’s pay levels, you’re entitled to accreditation, which could provide a boost for your brand.

The reality is that while some smaller businesses will find their wage bills increase once the new national living wage comes into effect, these costs need to be balanced against potential benefits. It’s certainly important to plan for higher wage costs to come, but there will be advantages for the bottom line too.