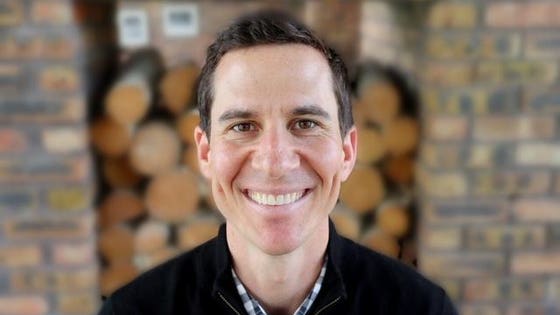 Tim Swindle, 39, isn’t the kind of guy who loves climbing the corporate ladder. The Chicago-based entrepreneur would rather test his wits developing board games and startups. “I’m trying to avoid a desk job,” says Swindle. “Deep down, everyone wants to be their own boss.”

In July 2011, the serial entrepreneur left a corporate job in commercial real estate to help launch the software startup PointDrive. By January 2014, he and a friend cooked up a board game, Utter Nonsense, a card game where players read phrases in funny accents, and launched it as a side project on the crowdfunding site Kickstarter in August 2014. They raised a little over $16,000. “It was our first win and got our momentum going,” he recalls.

The game company—powered by Swindle, a friend he bought out, and Swindle’s sister, an independent consultant—got accepted by Target stores nationwide by March 2015, breaking $1 million in revenue, according to Swindle.

With PointDrive acquired by LinkedIn in August 2016 and Utter Nonsense acquired by PlayMonster in December 2017, Swindle was ready to embark on his next move. Drawn by his passion for creating games, he co-founded Playtacular, an independent toy and game publisher, with entrepreneur Brady Peterson. They launched their newest release Root Beer Float Challenge, in July 2019. It rolled out in Target stores in August 2019.

Swindle’s story offers an interesting twist on the trend of single entrepreneurs and partners creating million-dollar microbusinesses. He’s just as comfortable running a lifestyle businesses as he is in the startup world. He also started an early-stage venture capital firm, Hubbard Street Capital, in July 2016.

Many people have ideas for games they’d like to manufacture but have no idea how to navigate the process of developing one. Neither did Swindle. When it came time to create Utter Nonsense, he had to turn to Google searches for keywords like “how to manufacture a card game.”

“We didn’t know how to do that,” he says. But he didn’t let that stop him. He learned how, step by step.

Recently, Swindle shared story of how he pulled it off. Here’s a crib sheet for anyone who’d like to create a game, too:

Get help from experts.  Rather than try to teach themselves game design, Swindle and his business partner hired pros to create a prototype. Swindle reached out his professional network to find a game designer and located a husband-and-wife duo to assist them. Through other referrals, he found comedy writers to write the content for the game. “It was all of these gig economies coming together,” he says.

They also hired a manufacturer to design the prototype, including the box. All told, it took $40,000, with each partner putting in $20,000 from his savings before the Kickstarter campaign.

Although there’s was no guarantee of success, he was willing to bet his money on his idea. “What I’ve said to myself is that if I lose money, at least I’m going to have fun doing it,” he says. So far, though, he’s been very good at making it.

Don’t let stage fright stop you. When Swindle and his partner launched Utter Nonsense on Kickstarter and started pulling in pre-orders, interest caught fire, local and industry media started writing about the game. Target soon reached out with an offer to carry it. Actually making enough games to sell in Target was an exciting but scary prospect. “It was hundreds of thousands of units,” he says. “That’s serious volume.”

Swindle was open with Target about his concerns, and found the retailer’s internal team offered valuable guidance. “To their credit, they were listening to every single objection we brought to them and would come back and say, ‘Meet this distributor. They will work with you to get games to sell in our stores,’” he recalls. Following the retailer’s lead made it easier to get up and running.

Hand it off. With full-time day jobs, the co-founders set up everything to be outsourced, taking inspiration from the lifestyle Tim Ferriss described in The 4-hour Workweek and explores in his podcast.

One key piece of the puzzle was hiring a reliable distributor to manage the relationship with Target. “You are paying them for their fulfillment skills,” explains Swindle.

Once the co-founders signed their deal with Target, they discovered how much weight this had with other retailers. “We had social proof,” says Swindle. Amazon, Barnes & Noble and Books-A-Million soon began carrying the game.

About three years into the project, the company’s revenue hit $1 million. By year four, the company was acquired.

Build on what you know. After selling his companies, Swindle missed running a game company. “There’s this great opportunity within the space of games,” he says. “If you can create a game that both kids and adults enjoy playing equally, that’s a great opportunity.”

He also liked building a valuable asset. With games, the intellectual property is unique, posing a barrier to entry. “Games are unique in that space,” says Swindle. “You can’t just come up with another Utter Nonsense.”

That makes game companies attractive to investors. “Everyone is looking for cash flow,” says Swindle. “They are looking for a business that has reliable recurring revenue. All asset classes are so expensive right now.”

In the Root Beer Float Challenge, the new family game he launched in July, players compete to build a root beer float. The game is now carried in Target, Amazon and Walmart.

That makes Swindle’s life very full. His wife had a new baby earlier this year. Although he may be sleep deprived, he’s sprung into action to promote his game.

He wouldn’t have it any other way. “I wake up every day and decide what I want to do for that day,” he says. “I’m working really hard—but it’s ‘Choose your own adventure.’”