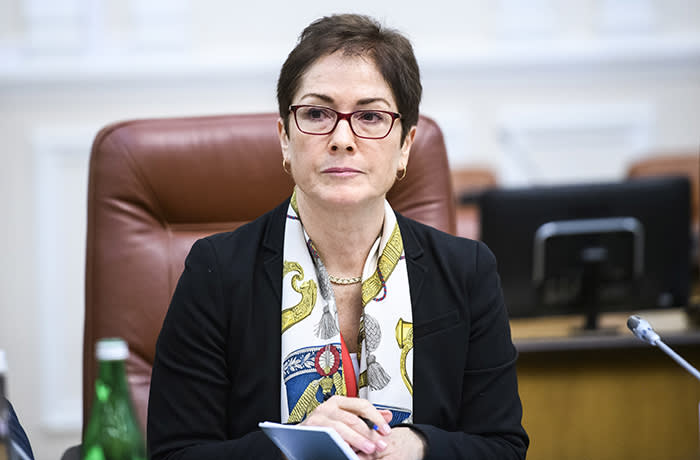 US ambassador to Ukraine

Ms Yovanovitch, a seasoned career diplomat, was recalled from her post as US ambassador to Ukraine several months early in May. At the time, the state department said she was concluding her assignment “as planned”.

According to the whistleblower, however, Ms Yovanovitch was called to the state department to discuss allegations made against her by Ukrainian prosecutor Yury Lutsenko, who accused the ambassador of obstructing Ukrainian law enforcement agencies’ pursuit of a corruption cases.

A transcript of a call between Mr Trump and Mr Zelensky fuelled concerns that Ms Yovanovitch’s removal was politically motivated after Mr Trump said she was “bad news”, and appeared to agree with Mr Zelensky when he referred to Ms Yovanovitch as “a bad ambassador”.

The diplomat is one of five state department officials called to testify before the House committees on intelligence, foreign affairs and oversight.