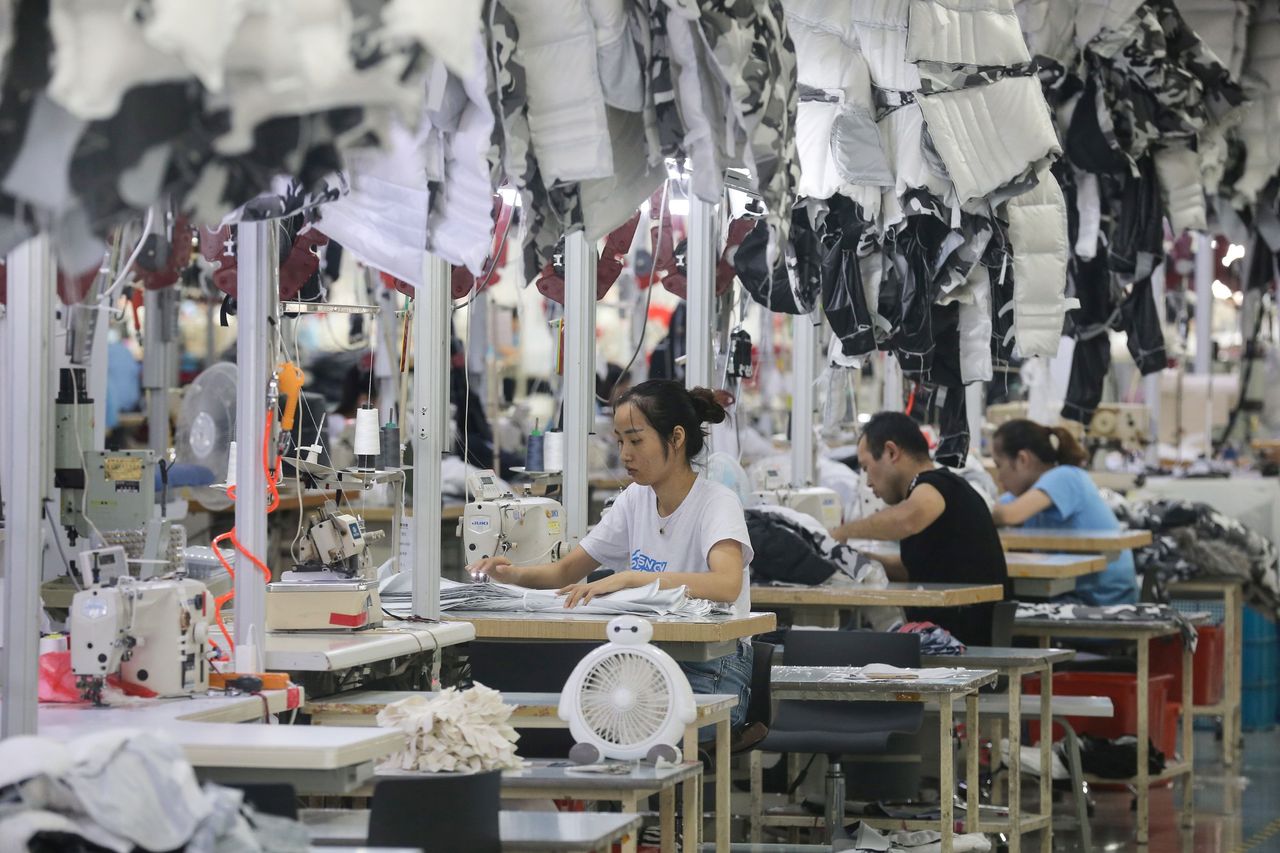 The WTO downgraded its global trade forecast, Europe’s factories are losing orders and shedding workers, the economy in the U.S. heartland may be in trouble, and labor markets are still going strong. Can you believe it’s already October?

From Bad to Worse

World trade flows are set to increase at the weakest pace since the global financial crisis as tariffs rise and the global economy cools. The World Trade Organization said it expects flows of goods across borders to grow by just 1.2% this year, down from 3% in 2018, Paul Hannon reports. “Job creation may be hampered as firms employ fewer workers to produce goods and services for export,” said Roberto Azevêdo, the WTO’s director general.

IHS Markit’s U.S. manufacturing index for September is out at 9:45 a.m. ET.

The Institute for Supply Management manufacturing index for September is expected to tick up to 50.1 from 49.1 a month earlier. (10 a.m. ET)

U.S. construction spending for August is expected to rise 0.4% from a month earlier. (10 a.m. ET)

What to watch Thursday: Join us as the WSJ’s Nick Timiraos interviews Federal Reserve Vice Chairman Richard Clarida on the outlook for the economy and policy, starting at 6:30 p.m. ET. To register, go to this page and click “About.”

Above the Fruited Plain

Too many hens laying too many eggs are pushing down prices for the consumer staple, hurting sales and adding more stress to the U.S. farm economy. One problem: the trade war. Chinese demand for soybeans is way down, leading to big grain stockpiles and low feed prices. Cheaper feed means bigger U.S. herds and flocks. The flock of laying hens rose to 331.4 million in early September, up 800,000 birds from a year earlier. U.S. hog inventories reached 77.7 million head as of Sept. 1, the highest in records dating to 1988, Micah Maidenberg and Kirk Maltais report.

It’s never too early to start thinking about the September jobs report. Here’s one positive trend to watch: For job seekers, dropping out of the labor force appears less and less enticing. The number of jobless Americans moving into work has remained elevated compared with the number of jobless moving out of the labor force. This was not the case for several years during the expansion, when unemployed workers became too discouraged to continue seeking work. Friday’s jobs report will shed new light on whether unemployed Americans are increasingly landing jobs, helping prop up payrolls growth against global headwinds. —Sarah Chaney

Here’s one other trend to keep an eye on: Fewer Americans who lose jobs are applying for unemployment benefits. A Labor Department survey showed that just 38% of job losers had applied for benefits in 2018. While not perfectly comparable, earlier surveys from 2005 and 1990 put the figure above 50%.

Around the World: Easy Does It

The Reserve Bank of Australia on Tuesday responded to falling interest rates globally by cutting its official benchmark rate for a third time this year, and leaving the door open to more cuts. The RBA cut its official cash rate by a quarter of a percentage point to a record low 0.75%.

Sentiment among Japan’s large manufacturers deteriorated to the weakest level in more than six years amid growing trade tensions and the slowdown in China and other Asian countries, a central bank survey showed Tuesday. The deterioration will likely add pressure to the Bank of Japan to ease monetary policy further when its policy board meets on Oct. 30-31.

Are workers losing to robots? Kinda, yeah. “The portion of national income that goes to workers, known as the labor share, has fallen substantially over the past 20 years. Even with strong employment growth in recent years, the labor share has remained at historically low levels. Automation has been an important driving factor. While it has increased labor productivity, the threat of automation has also weakened workers’ bargaining power in wage negotiations and led to stagnant wage growth,” San Francisco Fed economists Sylvain Leduc and Zheng Liu write in an Economic Letter.