A corporate espionage scandal rocking Credit Suisse deepened on Tuesday, after the suicide of a contractor involved in the surveillance of a high-flying executive who defected to rival UBS.

The death of the consultant, who acted as a middle man between Credit Suisse and a private investigation firm, overshadowed the findings of an independent report into the decision to track the bank’s former head of wealth management, Iqbal Khan.

Pierre-Olivier Bouée, Credit Suisse’s chief operating officer, submitted his resignation after the bank’s board heard details of the surveillance operation he ordered. The bank’s head of security, Remo Boccali, also resigned. Neither party will receive a pay-off, the bank said.

In a hastily arranged press conference on Tuesday, Urs Rohner, Credit Suisse’s chairman, said: “It was wrong to order the surveillance. The measures taken did not represent our standards. Those responsible for the observation should not be employed by the group.”

Credit Suisse began its surveillance of Mr Khan last month because of fears that he was preparing to poach bankers and clients to bolster the fortunes of UBS, where he started work on Tuesday. The bank has been under pressure over the last week as details of the spying operation became public, including a chase and subsequent altercation between Mr Khan and a private investigator.

[The] reputation of our bank has suffered . . . I would like to apologise on behalf of Credit Suisse to our excellent employees, our shareholders, and to Iqbal Khan and his family for the consequences

Mr Khan has filed his own complaint with Zurich prosecutors about the surveillance. Mr Rohner said that the independent investigation by law firm Homburger had concluded that Mr Bouée had acted alone in ordering the surveillance and that Tidjane Thiam, the bank’s chief executive, was not involved.

“The whole thing is a tragedy, and the fact that someone took his life tells you it was all wrong from the beginning,” said one Credit Suisse shareholder. “Something here is deeply wrong. Right now we have Credit Suisse’s version of events and they’ve taken a decision. But clearly there will now be a version from the Swiss prosecutors.”

Zurich’s cantonal prosecutor on Tuesday said the death of the consultant was the subject of its inquiries. Based on current evidence, the incident was being treated as a suicide, a spokesperson for the prosecutor told the Financial Times.

The prosecutor’s office said its investigations into potential criminal offences by those who ordered the surveillance against Mr Khan were still ongoing.

The affair has raised questions over the judgment of Mr Thiam, who has led Credit Suisse since 2015. He and Mr Khan had an acrimonious relationship, stemming in part from a string of neighbour disputes concerning residences they each own in the wealthy suburb of Herrliberg in Zurich.

Mr Rohner said that “the reputation of our bank has suffered . . . I would like to apologise on behalf of Credit Suisse to our excellent employees, our shareholders, and to Iqbal Khan and his family for the consequences.”

He added that he did not want to pre-empt an official investigation by Zürich’s public prosecutor, but said that Homburger’s investigation concluded that Mr Thiam “neither gave the order, nor was he aware of it”.

“We strongly reject any assertions that call into question the integrity of our CEO,” Mr Rohner added.

Mr Rohner said that it was “with great sadness” that the bank had learned of the death of the security consultant. The security expert acted as a middle man between the bank and Investigo, the private investigation firm, according to one person briefed on the arrangement.

“We express our deep condolences. Out of respect to the relatives, we will not comment further on this matter,” he added. 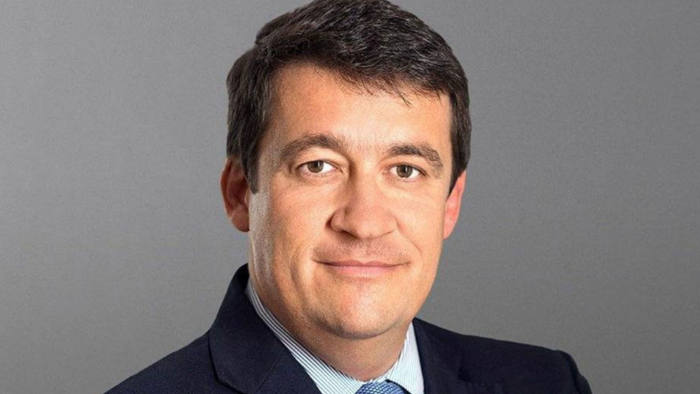 Pierre-Olivier Bouée, Credit Suisse’s COO, submitted his resignation after the bank’s board heard details of a surveillance operation he ordered against Credit Suisse’s outgoing head of wealth management, Iqbal Khan

Asked whether Credit Suisse was in any way responsible for the person’s death, Mr Rohner replied: “We are greatly saddened.”

John Tiner, a Credit Suisse director who oversaw Homburger’s investigation, said the law firm had found no evidence that Mr Khan had attempted to poach anyone, although he did continue to socialise with some employees after he was placed on gardening leave by the bank.

However, he warned that the law firm’s investigation was limited in two important respects. It did not have access to police files that might contain relevant information. And it could not retrieve deleted messages between Mr Bouée and Mr Boccali that were sent over Threema, a third-party messaging app.

Threema describes itself as a “proprietary, end-to-end encrypted instant messaging application” and markets itself under the tagline “seriously secure messaging”. 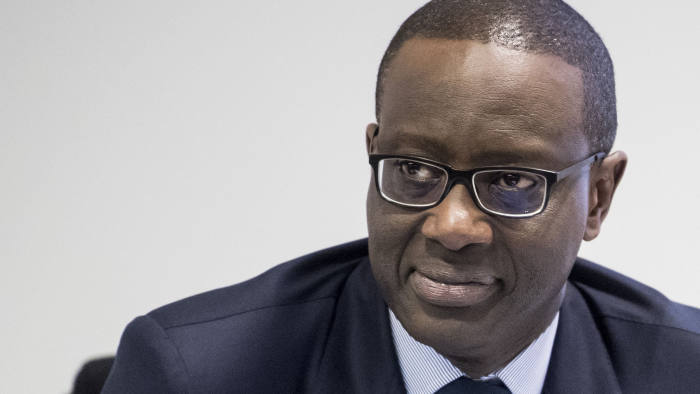 An independent investigation by law firm Homburger had concluded that Mr Bouée had acted alone in ordering the surveillance and that Tidjane Thiam, pictured, the bank’s chief executive, was not involved © EPA-EFE

Mr Tiner said that Homburger had concluded that Mr Bouée was aware that the plan to tail Mr Khan “entailed significant reputational risks” for the bank. The private investigation firm was “retained through a security consultant”, he added, and there were no “contemporaneous instructions” regarding its remit.

Mr Tiner dismissed suggestions that Mr Thiam’s ignorance was a sign that he was not “on top” of the company, adding that Mr Bouée had acted in “a highly unusual and irregular” manner.

Mr Rohner said the inquiry had not investigated the “personal differences” between Mr Thiam and Mr Khan, who were involved in an altercation at a cocktail party earlier this year. Nor had it looked at the “alleged planting of trees” — a reference to the neighbourly dispute.

However, Mr Rohner said he was responsible for allowing Mr Khan to start work at UBS without completing a six-month notice period and stint of gardening leave of up to one year.

Following “a dispute, a heated discussion” between Mr Thiam and Mr Khan, Mr Rohner had initially concluded that the pair were able to continue working together. But, in time, it became clear a “long-term collaboration on mutual trust was not possible and Mr Khan wanted to leave the group”.

“I helped broker a termination agreement with Mr Khan, a mutually beneficial agreement,” he said.

One person briefed on the arrangements said “this could have all been avoided” if Mr Khan had been subject to the normal notice period, which is designed in part to ensure that outgoing employees cannot poach colleagues or clients.

Asked whether he had considered resigning, Mr Rohner said: “I consider my position as chairman every day. My job is to protect the integrity of this company. If I see something that doesn’t go right, we will take the necessary action.”

Mr Rohner said that the Homburger investigation was now complete and dismissed suggestions that it had concluded too early. But he said the bank would continue to investigate whether it should overhaul its security unit, which might have to report to the bank’s legal and compliance department rather than the chief operating officer.

As the damage to Credit Suisse’s reputation has grown with more details of the operation and the disputes which led to it leaking into the open, shareholders in the bank have rallied to support Mr Thiam’s leadership.

Harris Associates, Credit Suisse’s largest shareholder, told the Financial Times on Sunday that Mr Thiam’s stewardship should not be called into question by the events.

“These are humans; people aren’t flawless,” said Harris’s deputy chairman, David Herro. “They don’t make perfect decisions every time. And this is why, unless laws have been broken, this doesn’t seem like a case for anyone losing their job . . . Perhaps . . . some poor judgment was shown in the way to best protect the stakeholders from a departing executive. I think at this point this is the worst that can be said.”