What makes for a successful business? It can’t be defined as any singular quality; there’s too much variance between those in the Fortune 500 and beyond to pinpoint one thing in particular. It’s more likely that the best companies share a set of traits, each in different measure, the quantities in different proportions but the fundamental elements shared across the spectrum. It’s only after they’ve achieved success that those qualities are validated as of the standard needed to attain that success; otherwise, they have to be said to be lacking in some key areas to not find their way into the ranks of those businesses that have met their goals. Success validates your ideas and decisions, whereas failure renders its own decision and finds them wanting, regardless of their initial quality. It’s harsh, given the many factors outside of one’s control that ultimately determines success or failure, but such is the nature of business and narratives determined by the winners. 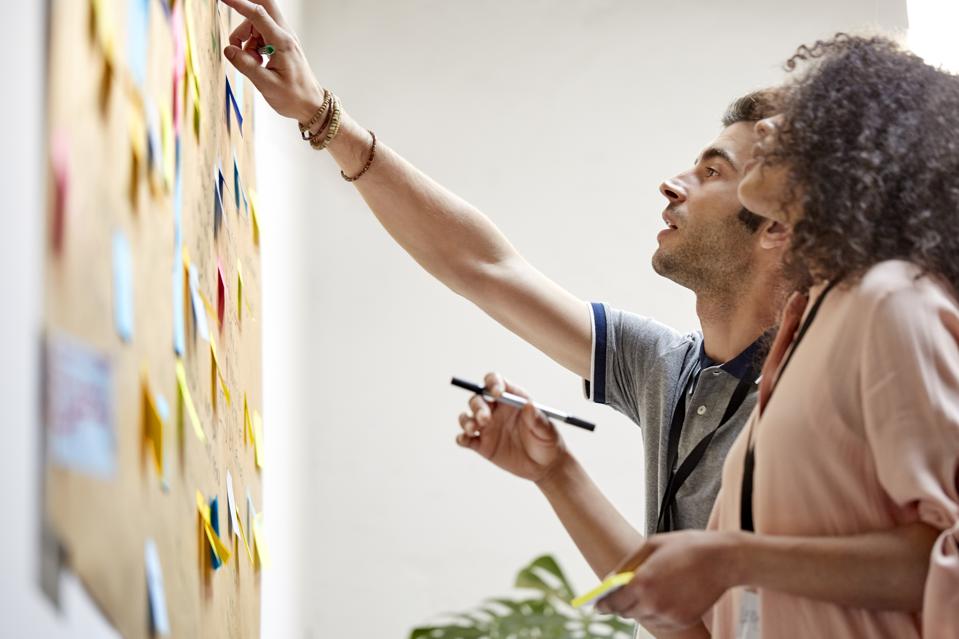 Male professional pointing at bulletin board on wall. Businessman and businesswoman are standing at convention center. They are wearing casuals.

In my latest series, I’m looking at the traits shared by the best and most successful companies, in the hopes that we might gain some perspective on what we might be doing wrong as well as right in our own endeavours. Simply knowing these traits isn’t the same as enacting them in your own business, a task that requires its own set of skills, but it’s hopefully a good first step in that direction.

Planning is one quality that is borne out in its strength by its ultimate success. A good plan is one that works, regardless of its merits in its initial moment of conception; a bad plan is one that doesn’t work, no matter how solid it seems when you first laid it out. That is of course a bit reductive, and somewhat dismissive of process in the name of results; there are bad plans that can somehow still work, and good ones that fail for whatever reason. But on the whole, it’s reasonable to assume that the biggest and best companies that we see in our fields and others had a strong plan to work from in getting to the position they now hold.

What makes for a strong plan? The answer will vary from business to business, and that in and of itself is an important insight for any good plan. Every business is unique, and trying to adhere to a plan enacted by someone else isn’t necessarily going to work for you. You might want to imitate their level of success, but beyond that you have to go your own way to get there; otherwise, you end up as a lesser version of the company you hope to emulate, and why would anyone choose a lesser version when the original exists? The very best companies have realized that they have their own road to travel, that there isn’t a quick and easy path to lasting success, and have tailored their plans and ambitions to their own unique situation.

The best plans, and by extension the best companies, are the ones able to adapt to circumstances as they change. The certainty of your convictions and your vision is great, but how sure are you that others share that conviction?  It’s a difficult line to walk; you can’t operate your business from a constant sense of doubt, ever second-guessing yourself, and yet that doubt and second-guessing is needed to prevent you from continuing heedlessly down a doomed path towards a lost cause. And that certainty is alluring, seeming to most to be the strength and confidence that you hope to project to all around you about both yourself and the venture you’ve sought to undertake. But to doubt is to be human, and understanding our fallibility is vital to working around it. Admitting that our initial plans were off or incomplete, or didn’t take into account all the factors that are now in play, isn’t an admission of failure, or at least a definitive one; failure is only final if we quit or give up, and the best companies have as much invested in perseverance as they do planning.

To that end, a great plan, one that you have quelled your doubts about and have fit to your current state of play, is one worth sticking to and seeing to the end. It is again a fine line between confidence and stupidity, but on occasion you have to be willing to take the chance that you look stupid in order to succeed. The titans of industry that we see today didn’t get there overnight; they had a long road that included a lot of bumps, and for many there were moments that it didn’t seem like they would make it. It would have been easy for many to give up at that point, but they stuck it out and eventually found their way past these points of crisis. Of course, sticking it out isn’t any guarantee of ultimate success; you might end up simply failing at a later point. But if you fold early, you’ll only ever be left to wonder what could have been.

Planning isn’t easy, and it isn’t insurance against failure; many a spectacular failure had a well-considered plan. But not having a plan is as sure a guarantor of failure as anything else; as the aphorism goes, “failing to plan is planning to fail.” The best companies are the ones setting themselves up to succeed from the start, and that begins with planning to achieve their goals. #onwards