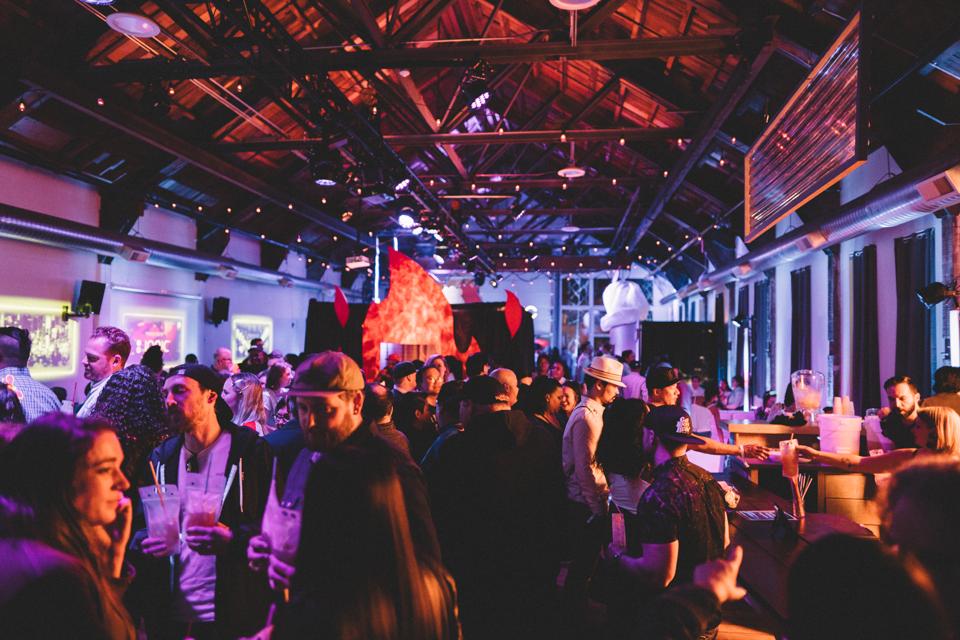 I originally interviewed David Tran and James Zachodni for Forbes mere hours before they announced that Dope Media was acquired by High Times, allowing both highly regarded cannabis industry entrepreneurs to evolve into a new chapter of their professional lives. David and James are going forward into places not unknown in their former lives, drawing from decades of experience in nightlife, media, marketing, and event production.

What David and James are doing should come as no surprise to their fans. An ultra-high-end event production and marketing platform in the cannabis genre and beyond is their new metier. Large scale events and bringing people who enjoy cannabis together is not a skill that everyone knows fully, given certain stigmas surrounding the plant itself. So, we’re in good hands here. The dynamic duo are taking their years of work across multiple sectors to make their new venture Farechild an “all-inclusive” platform, appealing to brands and producers both inside and outside of cannabis, drawing both mainstream and emerging audiences.

David and James propose to take a different path, one with smiles as the determinate, which is why I interviewed them again, almost a year later, to check in on their new endeavor and what the future holds. 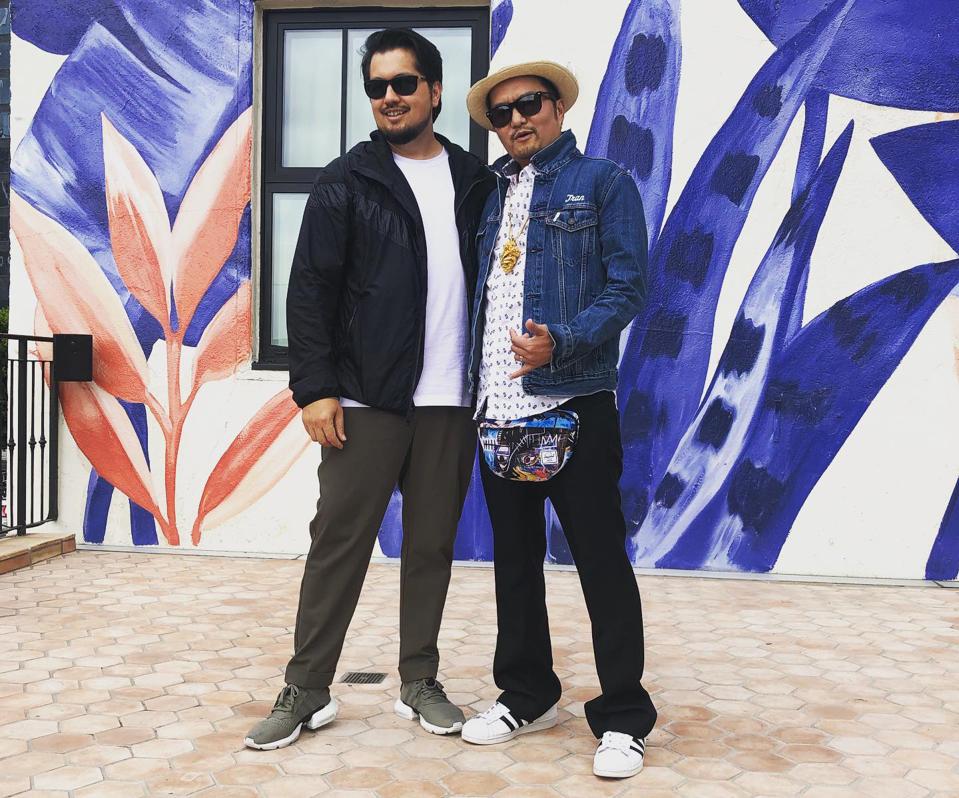 James and David in Los Angeles.

Warren Bobrow: Last year, I caught up with you both to learn more about your relationship with the cannabis plant and your work as founders of Dope Media. Since then, you’ve had a successful 11.2MM exit and you’re stepping into a new focus on events and marketing with your new company Farechild. What inspired you to go in this direction? What sets Farechild apart from other event production platforms?

James Zachodni: Both of our entrepreneurial history circled around events. We both were previously in the bar & nightclub industry which fundamentally is producing micro events every night. When I started my first magazine, we made events a core part of that business. It’s a great way to generate an additional revenue stream while also creating an engaging component of a media company.

While there are other event platforms out there like Eventbrite and Ticketmaster, there are a couple key things that make Farechild different. First off, we are set up to accept cannabis events. This is something the other platforms struggle with due to their banking partners and federal regulations not allowing them to transact cannabis related events. The other major difference is that Farechild is going to be built more like a media company with a lifestyle component. This will be done through our sharing of event related content through our social channels and also through the in-house events we produce under the Farechild flag. None of the other platforms are doing this.

David Tran: James and I have known each other for over 20 years. We have worked on some of the biggest events and branding in the Nightlife space, which eventually led to building Dope Magazine together. After we sold the company to High Times, I stayed on but eventually knew we would work on another project. And when we were able to, it was an easy decision to focus our attention on our favorite aspect of Dope Magazine, which was events and bringing people together.

What sets Farechild apart from other event production is that we care about the cannabis community. I have been advocating for the plant for 25 years and have been an active member of the movement, and while other platforms remove cannabis events, we seek to encourage it and furthermore want to provide the proper tools such as ticketing and marketing for event producers, so we can continue to grow the community hand in hand. 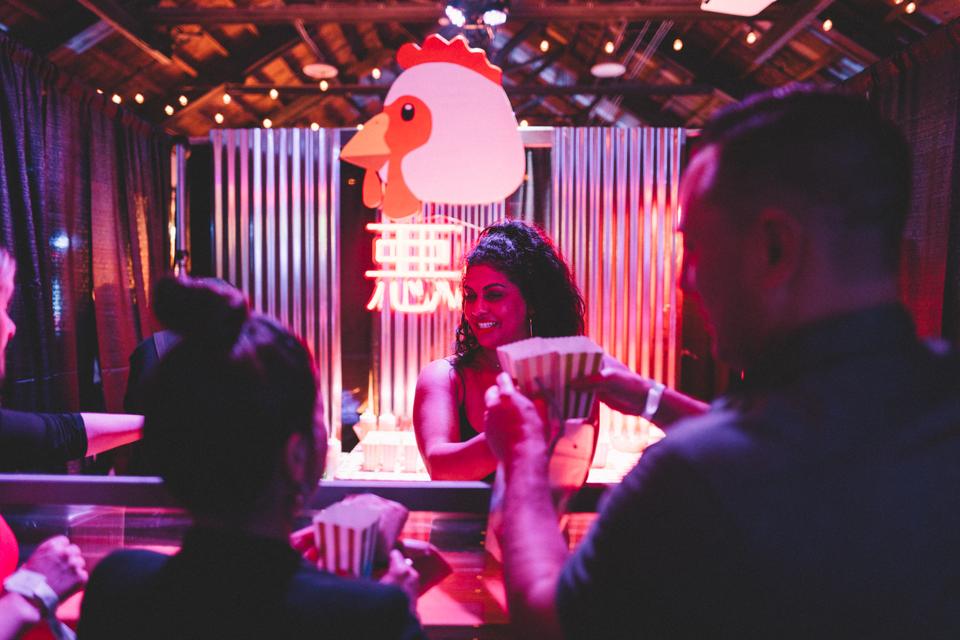 WB: What are some of the most important lessons you’ve learned from decades of experience in nightlife, media, marketing, and event production?

JZ: I think the most important lesson is to accept the fact that you cannot control everything and the only thing you can really do in a lot of situations is just know how to adjust. We always joke that you can plan for everything, then the one thing you can’t control is the thing that goes wrong. In the nightclubs it could be something like the DJ’s laptop dying in the middle of their set. Or in event production, especially here in the Northwest, the weather is always a wildcard. You also deal with a lot of personalities from different venue owners and managers— and as an event producer, you have to be able to work with all of them.

DT: When you are producing events and nightlife, there is a certain level of expectation that comes from the venue, sponsors and the attendees. I’ve learned that integrity is everything. Just do what you promise, and if you don’t deliver, which will happen many times, you must have the heart to apologize and fix the situation. I have slowly and humbly built my reputation over the decades because I was honest and believe that in any partnership you should give more than you take.

WB: What’s your favorite restaurant? Favorite chef? How do you bring elements of the culinary scene into your events? What’s your most memorable foodie experience at an event, either your own or someone else’s? Why?

JZ: Being from Seattle, I have to say my favorite chef is Tom Douglas. We had the honor of producing our first event called “It’s Lit” back in April where we created an Asian-inspired street market atmosphere with different food booths all wrapped up into a party atmosphere with a DJ. What made the event extra cool was the fact that all of the food we served glows under black light. We teamed up with some of Tom Douglas’ sous chefs from his top restaurants to create this unique menu. It was quite an undertaking for our first Farechild event, but we pulled it off and people really enjoyed the bold concept.

DT: One of my memorable foodie experiences was making infused Chicken and Waffles with the Super Troopers’ cast. Chef Unika curated a five course meal that was infused with cannabis. A small group of Seattle friends spent a few hours in an intimate setting, eating incredible food, smoking cannagars and hanging out with the cast. It was a blast. 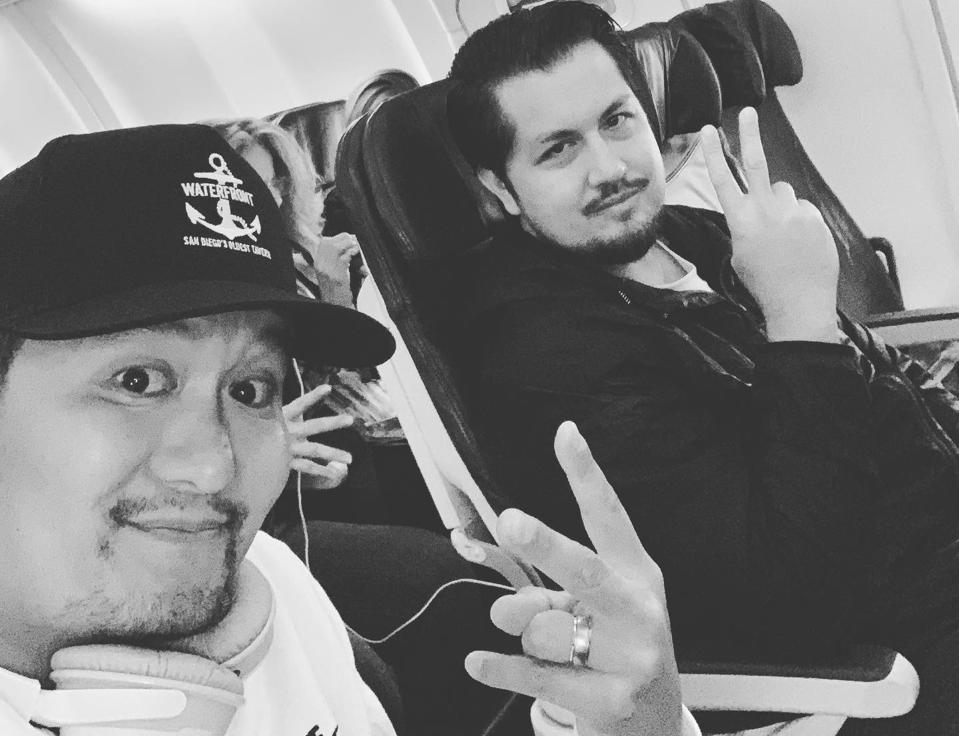 WB: Where do you see yourself and your company in a year? Five years? When you were younger, what did you aspire to be?

JZ: When I was young I always wanted to work in the music industry. At first, I thought I would be an A&R executive because I always felt like I had a good ear for what a hit song was. I think being in touch with pop-culture has definitely been a “super power” of mine and has translated well to all of the companies I’ve started.

I hope to see Farechild become a well known brand within the event industry. We knew we could create something different than what was out there already with our breath of experience and knowledge. Within the first year, we will make a big impact. No other event production company is trying to do what we are. Five years from now, I can see us being the producers of major festivals and other multi-million dollar productions. Ultimately, it’s about making a business out of what we are great at. We love bringing people together and making memories that will last a lifetime.

DT: Having built Dope Magazine in a time where we didn’t have the proper tools and resources, let alone a road map, James and I made all of the mistakes a company can possibly make. I see the next year as an extremely exciting opportunity to take that experience of growing and selling Dope Magazine, to build Farechild leaner, faster and stronger. We are very lucky to have incredible support from the industry and will expand that network exponentially in the next 12 months, so that all of our partners can benefit from the ecosystem.

As the cannabis conversation becomes more global, we look forward to collaborating with the greatest cannabis and non-cannabis events producers all over the world. Judging on how fast the industry and the world is moving, in five years it won’t be out-of-this-world to dream about having Farechild events in other continents like Asia or perhaps one day— on the moon.

When I was younger, I wanted to be a rockstar. Now, I can live my dreams on stage singing karaoke. Now that I am older, I want to be a philanthropist and make so much money, I can give it all away. 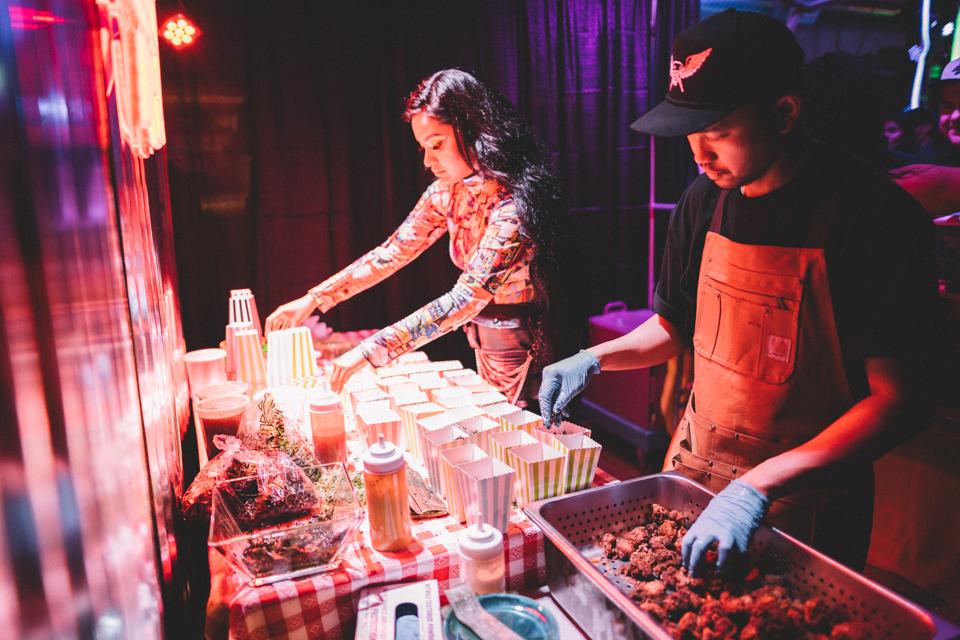 WB: What’s the most interesting place you’ve produced an event? If you could throw a party anywhere in the world, right now, where would that be? Why?

JZ: I’ve thrown events all around the country but my most interesting event had to have been the very first party I ever threw. When I was 17, I produced my first event at my high school. It wasn’t a school sanctioned event, I actually negotiated a deal to throw a private party in the school’s main hall. I charged five dollars a head for the cover and hired a big name DJ to come in and play. I designed the flyer and came up with the name “Tonight’s the Night.” Almost 300 people showed up. I still remember the feeling of seeing an event come together. It felt incredible…and the money wasn’t bad for a teenager.

My dream location to throw an event would have to be in Hawaii. I was born there and still have a lot of family on Oahu. I would love to produce a large cannabis festival there. I could imagine the people of Hawaii really enjoying a well produced professional cannabis event. Great music, great local food and of course great pakalolo— now, that would be a great party.

DT: For four years, I produced an event at a place called Pollyesthers. It was a ‘70s and ‘80s theme club in Seattle. We packed in 1000-2000 18 year olds every Sunday and I have no doubts that most of those kids had no idea what disco was about.

If I could throw a party anywhere in the world it would be Vietnam. While I wasn’t born there, my family immigrated in 1975 and I have been fortunate to have visited some years ago. It’s been a dream of mine to go back for an extended time and start building some roots. With a booming economy and large number of young professionals looking to experience Western culture, there would be incredible opportunities to throw the most epic parties!