A worker prepares material while making leather boots at the Dehner Co. factory in Omaha, Nebraska.

Here are the most important things to know about Tuesday before you hit the door.

Tuesday marks the first trading day of the month and fourth quarter. After a volatile three-month period, the S&P 500 and the Dow Jones Industrial Average finished the quarter in positive territory. But will October keep up with this trend?

October is historically the most volatile month of the year for stocks, with the Cboe Volatility index, reaching 21 on average over the past three decades. 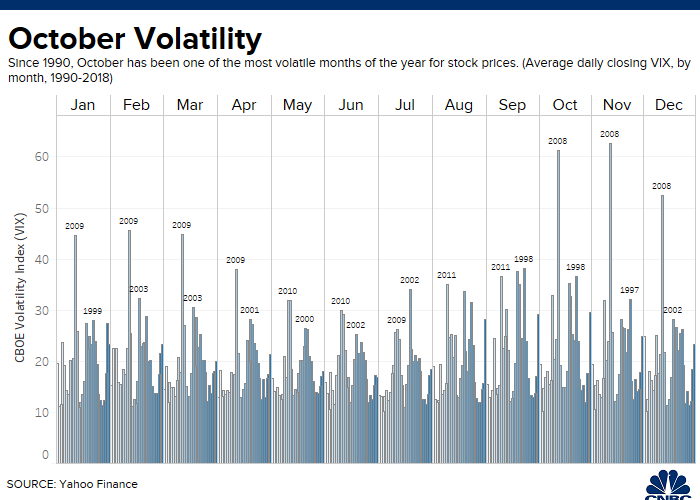 UBS said that to have a positive outlook on stocks, it needs to see progress on trade and better economic data.

We’ll get a gauge of U.S. manufacturing in September, a sector that contracted for the first time in three years in August, weighed on by the U.S.-China trade war.

The ISM U.S. manufacturing Purchasing Managers’ Index fell to 49.1 in August; any reading below 50 signals a contraction. Economists are expecting a rebound to 50.2 for September, although the employment component of the manufacturing sector entered contraction territory last week, hitting the lowest level since January 2010.

Economists are expecting manufacturing PMI to come in at 51, the same as August. Construction spending is also expected to rise 0.4%, after rising 0.1% in August.

Earlier in September, the Federal Reserve lowered interest rates for the second time since the financial crisis. Hearing from the Fed members could give investors clues about future rate cuts.

McCormick (before the bell)

Stitch Fix (after the bell)

United Natural Foods (after the bell)