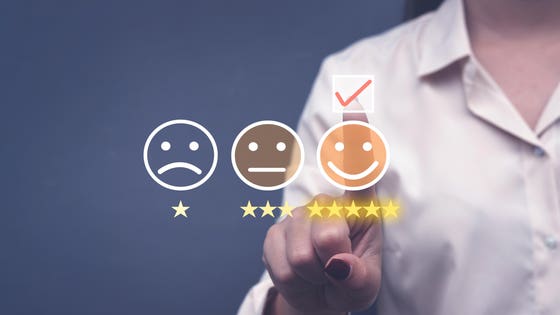 One of the most important decisions you’ll make as an entrepreneur is naming your company and your products or services. A great name can instantly help you bond with potential customers—while the wrong one can leave you feeling lonely and ignored.

So how do you know if the name you love is a winner? There’s been an explosion of tools to help entrepreneurs test their ideas in recent years. If you already have an existing website where traffic is flowing, traditional a/b testing services will let you compare “option a” with “option b.” However, these do require you to have some traffic to the site to be meaningful and sometimes require you to make coding changes to your site.

One alternative I learned about from several owners of million-dollar, one-person businesses and partnerships is PickFu. This platform allows users to set up instant polls of 50 to 500 people to test brand names, book titles, book covers, ad banners, email templates and the like. The polls can be private or public, depending on your preference.

PickFu allows you to ask a simple question like “Which book title would you buy?” and post two or more alternatives side by side. Responses—which, based on two polls I conducted, tend to arrive in about 15 minutes—allow you to see demographic information on the respondents, such as their age, sex, income level and level of education. The panelists are supplied by panel companies.

PickFu started as a weekend project in 2008 but really got going around 2013, after Gabriel Wineberg, a user and founder of search engine DuckDuckGo, shared it with his circles. “People were realizing that getting validation for ideas before committing work and time was useful,” says John Li,  a co-founder of PickFu, a self-funded, two-man site.

Soon self-published authors, game developers, product managers and e-commerce store owners were showing up, looking to narrow down ideas they were considering. “Generally, business people and authors suffer not from a lack of ideas but from too many,” says Li.

The cost of the polls depends on how many options you choose. When I recently used the site to test titles for a writing project, it cost me about $200 to test four options among 100 people. I opted to ask for detailed information that was relevant to the project that went beyond the basic offerings, which raised the price a bit.

Recently I spoke with Li to learn more about best practices for entrepreneurs who are testing names and titles used in their business. He offered some interesting suggestions that apply to using any kind of survey tool.

1.   Check you feelings at the door. You may be in love with your concept, but if your target customers aren’t, it’s better to know sooner than later. “Don’t be insulted,” Li advises. “Let it make you more aware.”

2. Only test one thing at a time. Trying to test both a company’s name and logo design at one time will distort your results, because readers tend to react to whatever is most meaningful to them. “First test the business name, then test the logo,” advises Li.

3.   Pay close attention to comments. The most valuable aspect of testing a name—whether on a survey platform or in person, in a focus group—is having access to the comments poll takers make. Even if a respondent isn’t in your target demographic, they may point out some aspect of your title you haven’t detected. “Your name may bring up certain connotations you never thought of,” says Li.

One Amazon seller, for instance, was testing a back brace for women. They wanted to know if customers preferred one with a model with a bare midriff wearing the brace, versus an image where the woman was more covered up. “With the general population, the sexier version won—but if you looked at the comments and votes at the bottom of the poll, the women preferred the one showing less skin,” says Li. “A lot of the women were saying, ‘My body doesn’t look like that. I can’t relate. It’s an obvious ploy.’”

4.   Don’t lock yourself into a single audience. Although you may have an inkling of who will buy your product or service, you’ll be leaving money on the table if you limit yourself to prospects you expect to purchase it.  Asking the general population if they would spend money to buy a product in a poll may point you to new demographic groups you might target. “See if there are patterns of people who respond to your idea,” says Li.

5.   Use testing to save money on digital ads. Using digital ads can be a good way to test how the public responds to what you’re selling but the cost of experimenting can add up. Testing your ideas a survey first can allow you to narrow down the field a bit before you invest in paid ads.

“We’ve seen people test Google and Facebook ads before running them on the ad platforms,” says Li. “They get the gist of how the audience interprets the offer they are trying to make.” Once they have a sense of how the ads are perceived, they can either fine-tune them some more or invest in the ads with greater confidence. Entrepreneurs may be natural risk takers, but taking measured risks is always better than the shotgun approach.