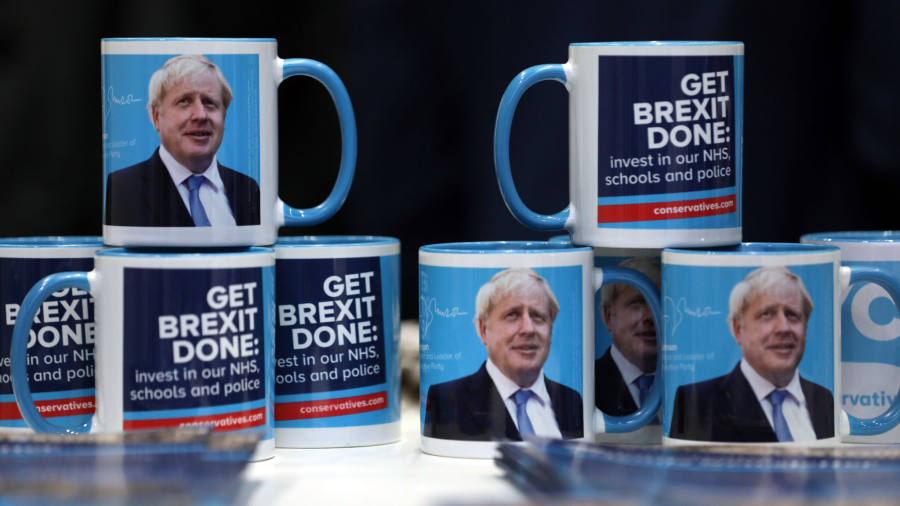 Angry times beget angry political parties. The launch of David Cameron’s memoirs reminds readers of the air of optimism which was a central aspect of his Conservative party. As UK premier, he exuded breezy good cheer. Boris Johnson too sees himself as an ebullient optimist. And yet, for now, the prime minister’s party is defined by rage. This is conservatism, not with a smile but a snarl.

This menacing tone, along with the mendacity and misconduct, has led critics to depict Mr Johnson as a British Donald Trump. David Gauke, the former justice secretary, warned against importing the “Trump style of politics”. Mr Johnson is indeed importing part of the US president’s template.

The Tories gathered for their party conference in Manchester sense a historic opportunity to execute one of the rare pivots that have characterised the party’s success all the way back to Benjamin Disraeli. One nation conservatism now means social liberalism and gentler economics, but in its original version it was about reconnecting the two “economic” nations of England.

Brexit has offered a way for Conservatives to once again woo the small-town, blue-collar, patriotic and northern voters lost by the breezy globalists and economic liberals — and, possibly, a way to break the link between wealth and class and party politics. Both in the policy and in the narrative of the southern liberal political elite, the Tories have, like Mr Trump, found a common enemy and a common victim status.

This is the prize and the hope. Conservatives are seeing a magical land where troubles melt like lemon drops. It is not so much over the rainbow, as beyond Brexit. There are beyond-Brexit fringe meetings, beyond-Brexit books and speeches. It is a land of huge investment in public services. Matt Hancock, health secretary, has magicked up 40 new hospitals, at least 34 of which turn out to be very much in the planning stage. The conference hall is bedecked with slogans — screaming “focus group approved” — pledging investment in schools, police and the National Health Service. In the land beyond Brexit, it will all be funded by the revenue from free trade and greater productivity.

You have to feel for Sajid Javid. The new chancellor spends each Christmas rereading Ayn Rand’s libertarian tome The Fountainhead. Now he is being told to borrow like billy-o. For this strategy means moving away from the low public spending values that drew many of today’s Tories into the party. The “Singapore on Sea” vision of a low tax, low regulation economy does not play in places like Crewe. And, as one cabinet member argues, referring to Labour’s high tax and pro-nationalisation policies: “It’s still a lot cheaper than John McDonnell.”

The Tories’ message is simple: drain the Brexit poison and the healing begins. Money will flow; the anger will ebb away. Park for now the absurdity of the notion that the mere act of leaving the EU will “get Brexit done” when the UK will in fact spend the next decade grappling with the process and consequences. You can see the method here. It also explains the quiescence of the ministerial moderates who have stuck with Mr Johnson, through prorogation, expulsions and the intolerant language. Having hitched themselves to Mr Johnson’s wagon they have no choice but to tell themselves it will all work out.

Of course the strategy depends on the Tories not making such a hash of Brexit that their newly acquired voters turn on them, which means it depends on getting a deal fast. But you can see the political space they are moving in on. They see a Labour party alienating ordinary aspirational voters with policies such as the abolition of the schools watchdog Ofsted and spy a wedge they can drive between Jeremy Corbyn and working-class voters. Wrap in home secretary Priti Patel’s hardline crime stance and the public service cash and maybe you have a plan. Why else does the chancellor make his showpiece conference announcement a rise in the minimum wage to £10.50 an hour, though not till 2024 and funded by business.For the same reason, Michael Gove told the hall, “we are the real people’s party”.

Yet unlike Tony Blair’s New Labour — the last successful “one nation” government — this mix of patriotism and public services offers few nods to London liberals. The capital whose mayoralty Mr Johnson cites to show his one-nation cred is now a Tory punchbag. Stephen Barclay, Brexit secretary, sneers at the “opinions of the north London few”. The Tories need enemies. Vitriol and recrimination are the ruby slippers to the land beyond Brexit.

The question is whether they can win back the group against which they have mobilised their new base. This is not only an attempt at Trumpery without Trump but Blairism without Blair. It is not one nation politics to merely substitute one half of the country for the other.