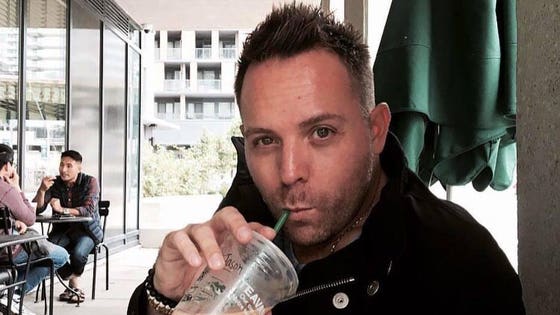 Jason Vander Griendt, 39, broke $1 million in revenue last year at his fast-growing, one-man product design firm, J-Cad Inc., in Toronto. The business, which started as a side gig in 2006, is powered by 40 expert contractors, such as engineers, around the world.

When I wrote about Vander Griendt last year, the post on Forbes went viral, and many young entrepreneurs contacted him for his advice on how to grow their own businesses—so many that he started an online video course about what he did. Recently, we reconnected and he shared some of the approaches that helped him get to $1 million and beyond.

Be consistent. One thing I’ve noticed in interviewing many owners of million-dollar, one-person businesses, is they are disciplined about working on their business. The business may start as a side hustle, but they still work on it every day. Vander Griendt is very much a case in point. “There wasn’t a workday that went by any year that I didn’t work on the business,” he says. “I just did it. That separates me from the people that say, ‘I’ll do it tomorrow.’”

Turn frustration into inspiration. “There are other people doing the same thing, hitting the same problems. They’re giving up,” says Vander Griendt. “If I’m the only person that says I’m going to push through this and get to the other side, I’m that one person that gets closer to success. When someone feels like this is getting really hard right now, make that a trigger: “This is where a lot of other people are giving up.” Let them. You’ll have less competition moving forward.”

Keep small problems small. “What needs to be done now, I’m not going to put off til tomorrow,” says Vander Griendt. “That’s how I avoid a lot of unnecessary stress.”

He tries to respond right away if a customer asks him a question, so he doesn’t have time to procrastinate. “Small problems become big problems if you forget to take care of them when they’re small,” he says.

Because he doesn’t have any urgent problems in his business, he has plenty of times to indulge in his passion for world travel. He recently went on a tour of Italy, for instance, without having to worry about his business falling apart. “I stay organized, so I don’t procrastinate,” he says.

Show your contractors you care. One of the number one questions Vander Griendt has been asked is how he gets his contractors to work so hard when he has no office. For Vander Griendt, building strong work relationships with freelancers isn’t optional. He has traveled the world to meet his team.

Investing time in building these relationships has meant that motivating his team isn’t an issue. “People want to work,” he says. “How many people want to sit around and do nothing? If I’m giving them an opportunity to work whenever and wherever they want and pay them more than in their own country, why would they mess that up? No one has ever quit. That speaks volumes. Be kind, generous and appreciative of the work they are doing for you and they’ll be loyal to you forever.”

His philosophy is businesses should always be win, win, win—benefiting not just the owner but employees and customers, too. “Everyone should be happy,” he says.

Pursue knowledge, not money. Vander Griendt’s business took off when he began immersing himself in books, courses and online seminars that helped him grow as an entrepreneur. “Chase the knowledge,” he says. “Chase ‘How can I get more knowledge about Google ads’ ‘How can I learn more about remote work?’ Then the money comes automatically.”

Dive right in. “Some people spend six months delaying the launch for their logo,” says Vander Griendt. “They spend way too much time getting the details perfect. When I have ideas, I launch them within the hour. I want to test them as cheaply and quickly as possible.”

What does this look like in real life? “I get ideas all the time for businesses,” says Vander Griendt. “GoDaddy has a program where if you buy a domain with them you get a free website for a month. In that month, I’ll buy the domain, make the website in 30 minutes and spend another 30 minutes driving traffic to that website. I’ll run ads to that website.”

Vander Griendt will typically let the ads run for a week or two. “If I get a good response, I’ll continue it,” he says. “If not, I’ll shut it down. All I paid was $10 for the domain. That’s business. People think their one idea is going to be a home run. It’s rarely the case.”

The result is all of the businesses he sticks with make money right away. “I’m not taking out a loan for $50,000,” he says. Why borrow when you can be cash-flow positive from the beginning?

Jasonvandergriendt Thanks to the Courtesy of :