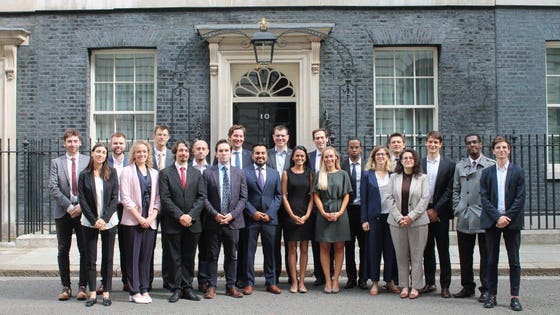 From the perspective of an entrepreneur, the government sector represents a deep well of potential customers. From health and education to transport and defense, policymakers are constantly looking for ways and means to drive efficiencies and deliver services in the most cost-effective way possible. And that – in theory at least – creates opportunities for tech-sector innovators.

On the other hand, selling to the public sector is a daunting prospect. Historically speaking, the inclination of government buyers has been to look to the giants of the IT industry – the IBMs and Microsofts of the world – to take care of digital transformation.

Here in the U.K., there is, arguably, a growing willingness on the part of government to take a chance on early-stage businesses that bring fresh ideas to the table, but there is perhaps another problem. From the outside looking in, it isn’t always obvious who the public sector buyers are and what they are looking for. Take healthcare as an example. Some projects are led from the center – essentially Westminster politicians and civil servants implementing big strategic programs – and others are executed at local level by managers across hundreds of healthcare trust. Even within trusts, smaller buying decisions can be made by teams working further down the chain of command.

So one challenge is to identify buyers within a big, complex and possibly creaking system. But there is perhaps a deeper problem. Public sector managers tend to discuss their problems and priorities behind firmly closed doors. As such, it can be difficult, if not impossible, for an entrepreneur who isn’t “in the loop” to identify a possible source of demand for his or her product or service.

That’s the problem that Public has set itself the task of solving. Styling itself as an accelerator and investor for businesses seeking to sell to the public sector,  it’s aim is to bridge the divide that separates innovators from government policymakers and procurement chiefs.

Two Sides Of The Coin

Not entirely coincidentally, the venture’s two founders reflect both sides of the public/private sector coin.

“The idea was born out of mutual frustration,” explains co-founder and CIO  Alexander de Carvalho. “I spent time in finance and following that I worked for a healthtech company. There was huge frustration over how difficult it was to sell to the National Health Service. And Dan (Korski) had spent 20 years in government pushing for innovation.”

The idea behind Public was based on a coming together of their skills and experience. Korski had worked in an innovation role at the U.S. State Department, the E.U. Commission and as an adviser to former British Prime Minister David Cameron. As such he knew what “was going on behind the lines” in terms of public sector priorities. For his part, de Carvalho has an understanding of “what was being built out there.”

So Public was established to provide early-stage companies with a combination of insight, capital and contacts with the aim of making it easier to sell to government.

In practice, it operates as both a venture fund and as a kind of accelerator. But as de Carvalho stresses, the acceleration offered to each company is bespoke and depends on the circumstances of the business. “We have a very disparate cohort and we tailor the program to each company. For instance, if a company is at the Series A stage, then the role we might play is in finding them a chairman. A very early-stage company might need help with its solution architecture.”

Public also provides access to a network of advisors and public sector figures. That’s not quite the same as saying it has the ear of the government. As de Carvalho points out, in the U.K., Government Ministers come and go and civil servants are moved around. So establishing sustainable, high-level contacts can be difficult.

That said, de Carvalho says there has been significant interest among senior politicians. He cites a co-working space that Public has just opened in the shadow of Whitehall’s  “Ministry of Defence” building. “This a turbulent time for government,” he says. “But seven or eight cabinet ministers have already come down to see us and we have also had foreign delegations.”  That last point highlights the ambition of Public to look beyond the U.K. and provide opportunities for startups and governments around the world.

Public can point to successes within its portfolio. De Carvalho cites the example of job search platform Adzuna, which has been rolled out in Government-run “Job Centres.” It features software designed to help the unemployed find work. In addition to identifying vacancies, the system also helps people make upskilling decisions. Another portfolio company – Red Sift – is being used by government departments to block phishing attacks.  To date, Public has supported 31 tech ventures, that have collectively gone on to raise £42 million in investment and secure £9 million in government contracts.

So is government really weaning itself away from hiring major IT companies for every project? Is it more prepared to take a chance on the minnows?  De Carvalho thinks the answer to double-headed question is yes. Secure cloud infrastructure providers, such as Amazon Web Services – have been a game-changer, he believes, because they create a trusted architecture through which services can be provided. And in the future he says, the IT giants may well provide the platforms and architecture, with innovators delivering “point” solutions.

Public is not the only organisation to seek to bridge the divide between the public sector and innovators. A few weeks ago I profiled Plexal – an accelerator, innovation centre and workspace provider operating out of London’s Olympic park – which brings together startups, corporate businesses, academics and policymakers as partners and sponsors. Both ventures reflect the increasing importance harnessing innovation to drive public sector transformation.