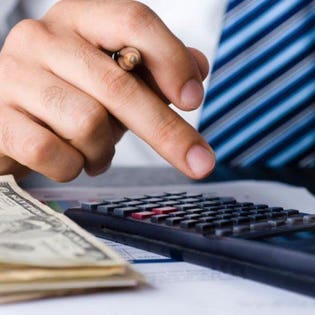 A few weeks ago, I saw a friend I hadn’t seen in a long time, and she said she was proud of the accomplishments I’d achieved since we last saw each other. I paused for a second because I didn’t feel like I had done an exorbitant amount of work to reach my goals, but I realized she was right. It was the one-year anniversary of the release of my book, “Get There!” and I continued to develop in all aspects of my life. Since I had a vision for where I wanted to go, I naturally took small steps each day in that direction, and it compounded in a way that built the life I wanted.

When I talk to people about their personal and financial goals, some share with me that they have a vague idea of what they want, but they haven’t spent enough time figuring out what they truly want, and they aren’t sure how to take the next step. I often tell them to consider these three perspectives and write down their reflections, which makes the next steps easier to spot.

It’s easy to focus on the immediate demands in life and forget to slow down, think about where we want to go, and determine how we can start now. During a road trip, for instance, you know where you’re going, but you also have to know where you’re starting so you can create a map to get there. Before you shift into “drive,” you need to understand where you are and how to get there sooner. When we create a large goal, we may talk ourselves out of achieving it, but when we break it down into small steps, it’s easier to create that inertia.

For example, a friend of mine who was a top sales representative at his company loved his job but was always on the road and away from his family. He began thinking about managing the sales team but didn’t know how he would do it. He had so many questions, yet he decided to put one foot forward and talk to close friends about it. Through his conversations, someone introduced him to a company that was looking to build a new sales team. Once he took the first steps by deciding what he wanted and then exploring the idea with others, an opportunity appeared.

While we’re looking toward the future, it’s also important to acknowledge how the past shapes our reality and our vision of what’s possible. For another tangible example, think about the ocean and how different people view it in different ways. One person sees adventure and wants to set sail, but someone who had a traumatic incident as a child may think of roaring waves and stinging jellyfish. Still others may be annoyed by sand, tourists or the loud crashing of the waves.

These different points of view affect how people interact with the ocean, which is similar to other areas of our lives, especially finances. If you grew up with parents who handled money irresponsibly or never had enough, you may express that same frustration as an adult. However, you don’t have to live the same way that your parents did. Instead, find a mentor who has achieved what you want, and use their story to fuel your belief that you can achieve it.

For example, my friend also had limiting beliefs when he first considered pursuing a sales manager job. He had never led a team like that before and didn’t know what the challenges would be. It led to the fear of the unknown. He began thinking about how he had no formal training in management, and he doubted his abilities. Then he stopped and flipped the negative self-talk. He remembered his past sales performance, as well as the motivation he provided his fellow co-workers when they were stressed. This positive self-talk led to an unwavering dedication that allowed him to move forward.

The culmination of your past, present and future add up to who you are. At the same time, understand that none of them define you. You can change any aspect at any time. Many people suggest working on your weaknesses, but I like to encourage people to start by working on their strengths, which builds real momentum. Rather than pushing hard and exhausting my self-discipline, I like going with the flow and taking the next step that makes the most sense. I see that people slip into “analysis paralysis” because they question themselves and overthink their actions.

With my friend, as he became restless in his sales job, he took time to figure out who he was and what he wanted. He recognized that his co-workers often asked him for advice or motivation when they felt down and wanted to give up, and he realized it was one of his favorite aspects of the job. His compassion and ability to relate to them became his strengths, and he allowed himself to take the next progressive step up the ladder toward management.

Final word: Money itself is not your goal.

It’s important to create goals that include the financial means to get there, but the number itself isn’t your goal. For instance, one of my clients liked to see a certain amount of money in his accounts, but life happened, and he needed to help one of his kids with some unforeseen costs. His total dropped below his comfort level, which troubled him. We talked about it, and I encouraged him to think about the point of the money in the first place, which was to support his family. If you’ve made financial decisions in the past that have thrown you off track, forgive yourself and stop holding it against yourself. You can always set new goals and build up your wealth to support what matters — your vision and the people you love most.